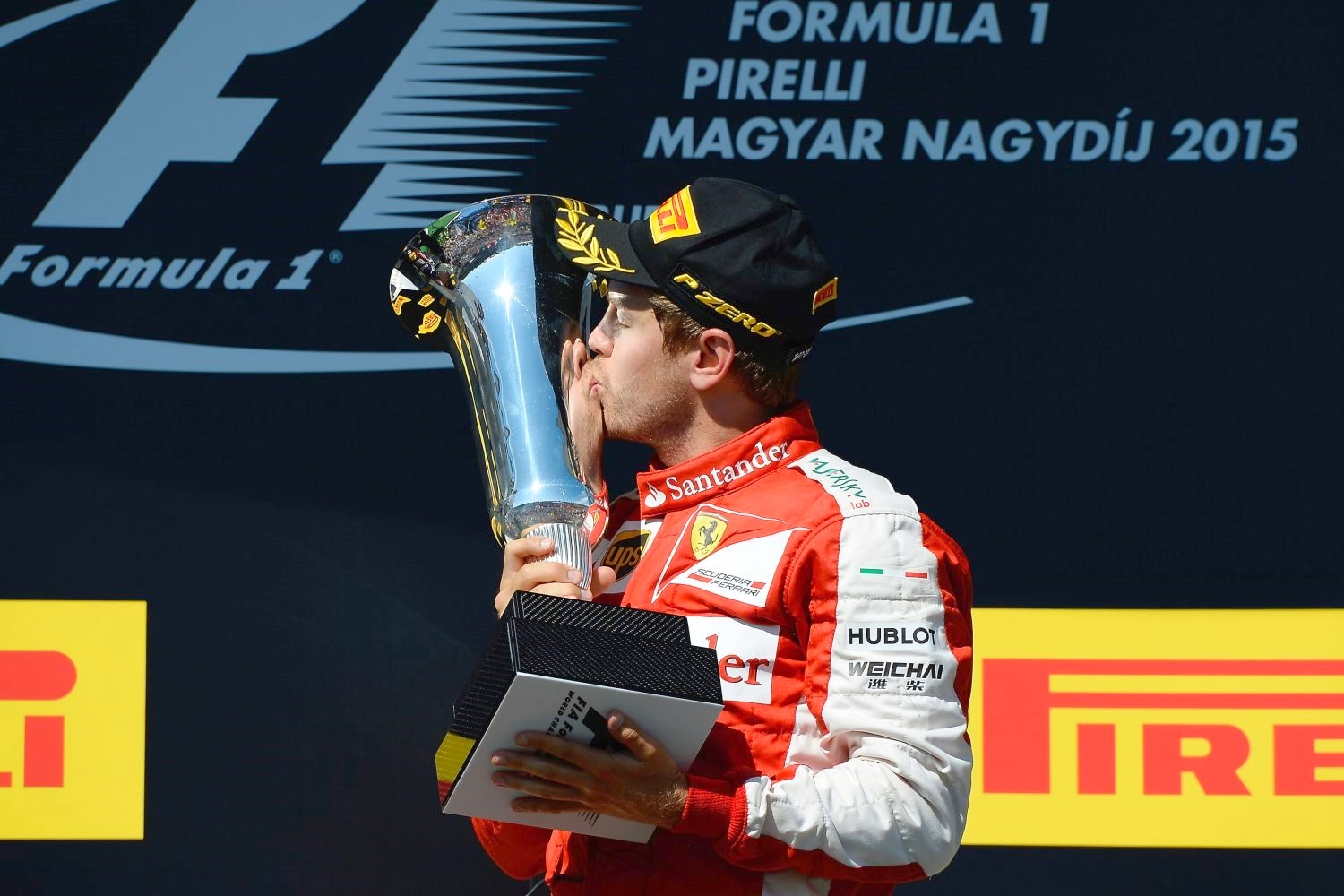 07/26/15 A "poignant minute's silence was held in honor of Jules Bianchi" before the start of the F1 Hungarian Grand Prix on Sunday, with drivers forming a ring and placing their race helmets on the ground.

Bianchi's mother Christine and father Philippe, brother Tom and sister Melanie "were asked by the drivers to join them in the ring as they all linked arms on the Hungaroring grid to remember Bianchi."

Moments after winning the race, "an emotional Sebastian Vettel dedicated his 41st career win to Bianchi." Vettel said, "Incredible day, but this victory is for Jules." AP