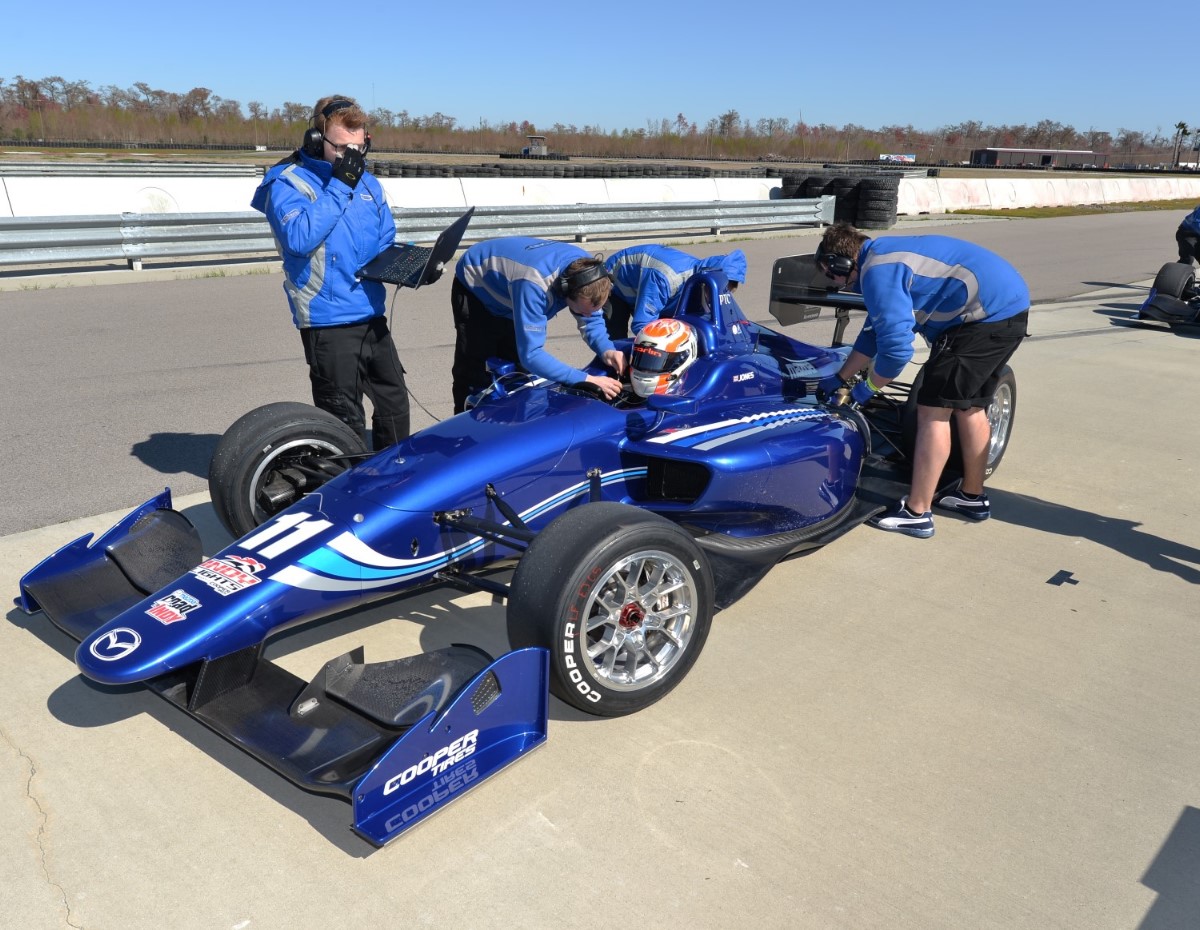 It's about 10:30 a.m. local time here at Iowa Speedway. With opening practice not beginning until 3 p.m. the majority of the Verizon IndyCar Series teams are just beginning to arrive at the track. Currently, Indy Lights presented by Cooper Tires is on track for the first of two practice sessions.

Prior to Indy Lights practice I bumped into Carlin team owner Trevor Carlin and asked him about the team's prospects of moving up to the Verizon IndyCar Series. The Carlin name, of course, is synonymous with success in junior formula racing in Europe, and the team expanded stateside to Lights for 2015 with the stated goal of at eventually moving up to IndyCar.

As for running IndyCar in 2016, Carlin said "we've been so busy with this (the Indy Lights program) we haven't really had the bandwidth to focus on it (an IndyCar program)."

While noting that he would "never say never," Carlin admitted that a move to the top level of American single-seater racing for 2016 was "unlikely."

Prior to this morning's Indy Lights practice I had the pleasure of meeting last week's Indy Lights Milwaukee winner, Felix Serralles. The driver of the #4 S&S Tire Belardi AutoRacing entry said the team was "struggling with pace" here at Iowa. But the Puerto Rican, who made 33 starts in British Formula 3 last season, also noted that he really enjoys the American oval tracks, because "you have to have big balls." When I asked if I could quote him on that, he simply said, "Yes."