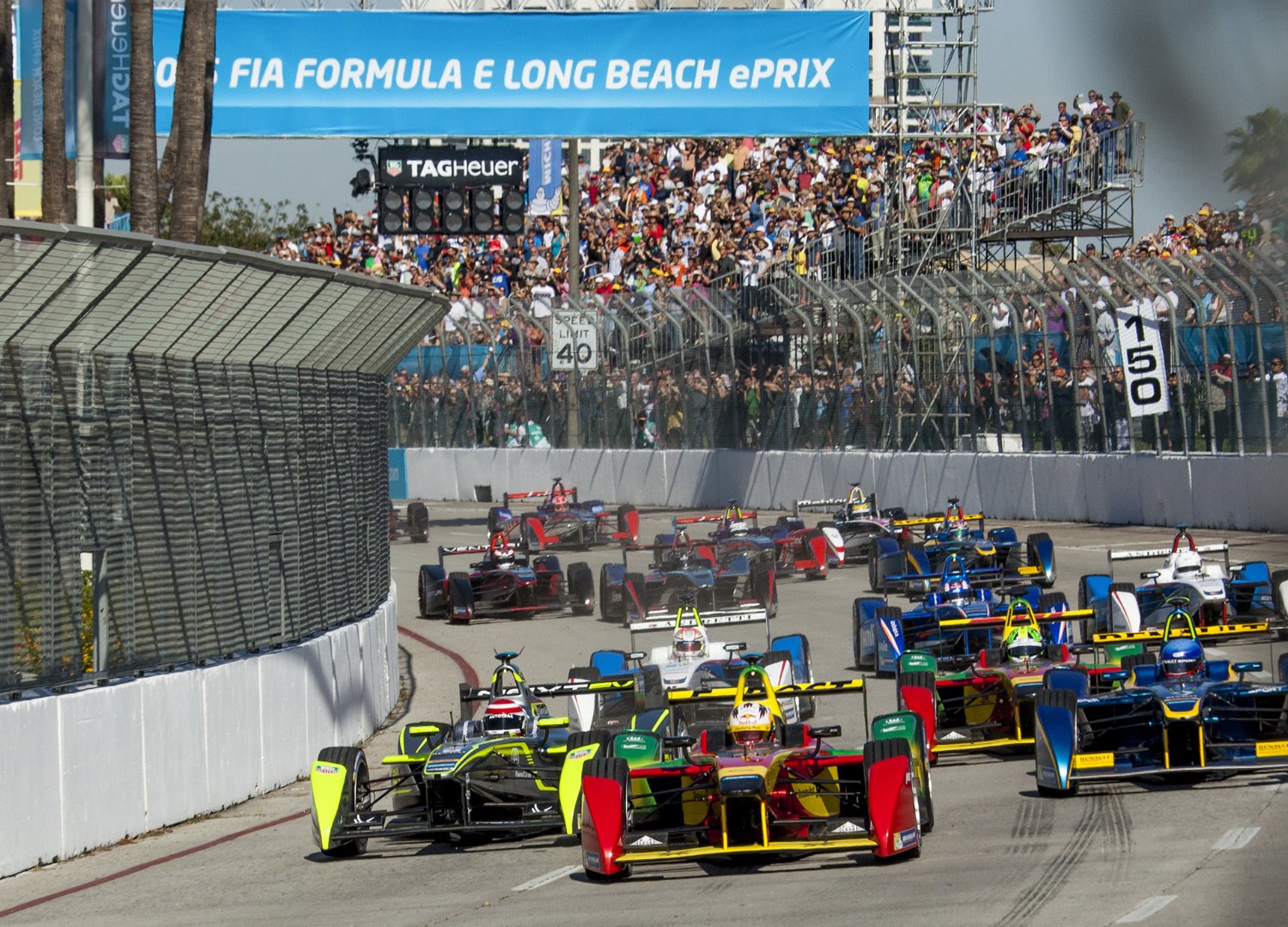 The Long Beach ePrix will return to the city streets on Saturday, April 2, 2016.

The FIA (Federation Internationale de l’Automobile) World Motor Sport Council recently approved the calendar for the second season of the FIA Formula E Championship, with Long Beach scheduled as the sixth of 11 rounds in the series. Overall, 10 venues will host Formula E events, with the 2015-16 season beginning once again in Beijing on Oct. 17.

Alejandro Agag, CEO of Formula E, said: “We’re very pleased for Formula E to be returning to Long Beach in 2016. Our first Californian ePrix was a fantastic success and brought a new generation of race fans to the iconic streets of Long Beach. We’re looking forward to building on this, as well as continuing to promote the message of sustainability so that California remains the number one market for plug-in electric vehicles."

“It’s extremely exciting to welcome the ePrix back to Long Beach for a second year, and we are hopeful that this demonstration of innovation, sustainability, and cutting edge technology will return to our city year after year," said Long Beach Mayor Robert Garcia.

“We’re delighted that Formula E has again chosen Long Beach as one of its premier venues for 2016," said Jim Michaelian, president and CEO of the Grand Prix Association of Long Beach, which will again operate the event. “Last year’s event attracted a large and enthusiastic audience who witnessed the first ever electric car race here in the western United States and this year’s event promises to provide even more entertainment value both on and off the track. And the sustainability concepts fit perfectly with the major initiatives that Long Beach has put into effect."

The 2015-16 FIA Formula E Championship has added Paris, France as a new venue for its second season, and the series will also visit Putrajaya (Malaysia), Punta del Este (Uruguay), Buenos Aires, Berlin, Moscow and end the season in London.