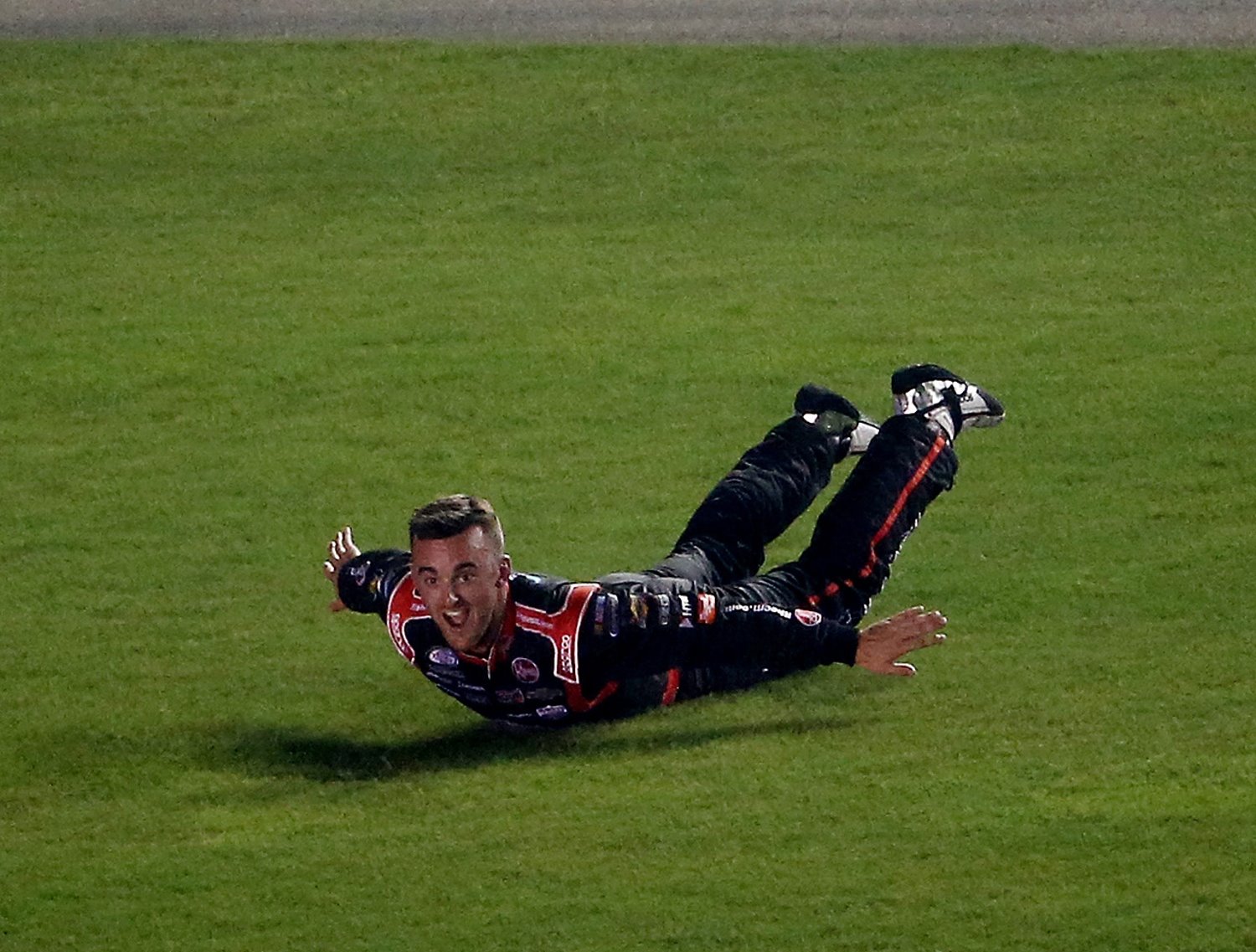 Austin Dillon won Saturday's NASCAR XFINITY Series Subway Firecracker 250 at Daytona International Speedway in a green-white-checkered finish during a race that featured a 12-car pileup with 10 laps to go and another massive wreck with four laps remaining.

For Dillon, it was his fifth win in the XFINITY Series and his first win at Daytona. Elliott Sadler finished second, followed by Chase Elliott, Kasey Kahne and Benny Gordon to round out the top five.

Points leader Chris Buescher and Ty Dillon were both involved in the first of the two big wrecks, which was touched off when Ryan Reed got loose on the frontstretch.

Poole and Townley were both examined and released from the infield care center.

In the second wreck, race leader Brian Scott attempted to block Sadler but smashed into the wall on the backstretch, collecting several other cars and leading to the green-white-checkered finish.