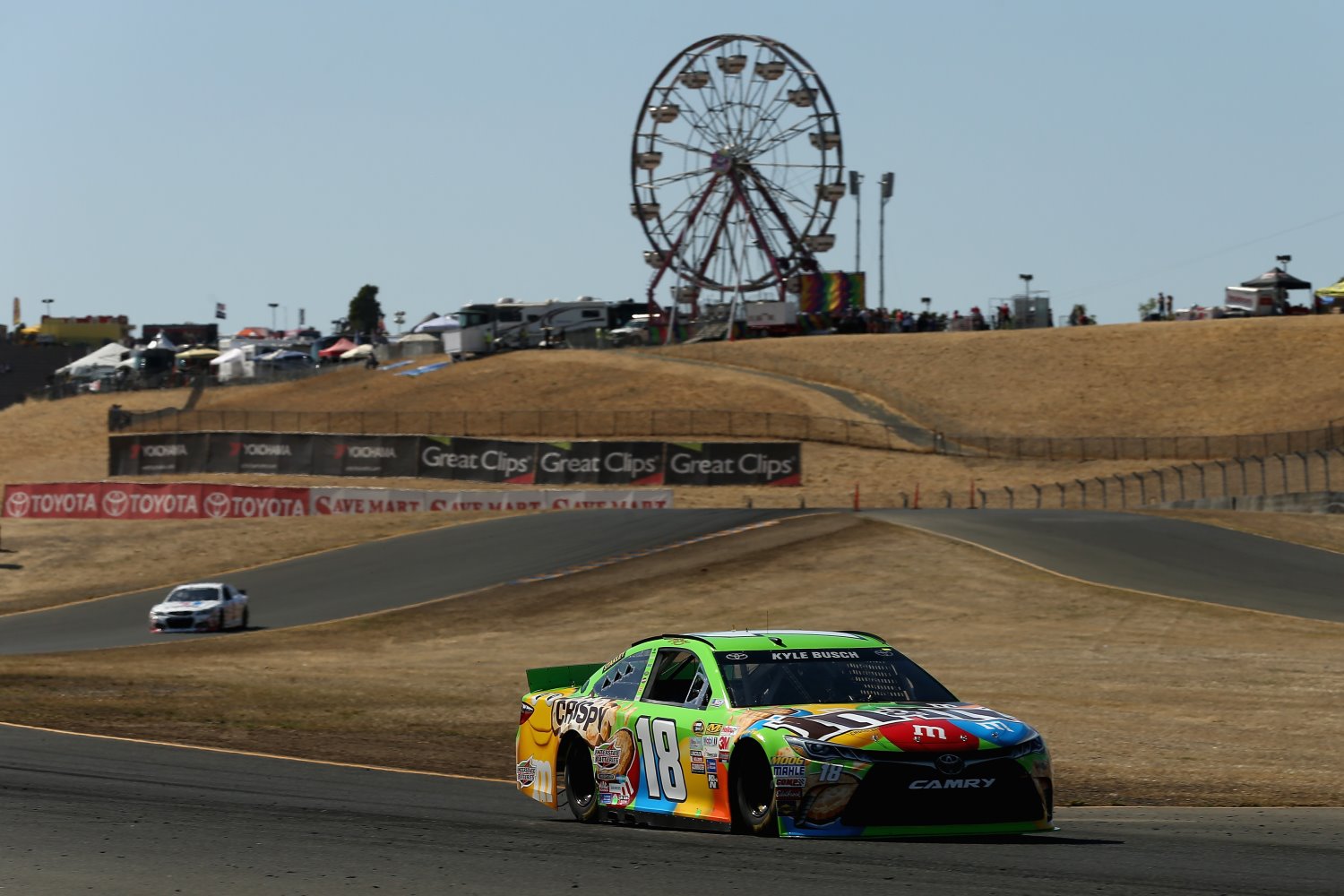 Kyle Busch topped the leaderboard at Sonoma Raceway for the Sprint Cup Series final practice session on Friday evening. The No. 18 Joe Gibbs Racing Toyota recorded a high speed of 96.175 mph around the road course.

Last year's Sonoma winner, Carl Edwards, took the second position in the final practice with a high speed of 96.030 mph on the road course. Edwards' 2014 first-place finish at Sonoma earned him his first Sprint Cup Series road-victory of his career.

Kurt Busch rounded out the top three with a fastest speed of 95.992 mph.

The undisputed King of Sonoma, Jeff Gordon, finished the final practice session in the sixth spot (95.750 mph) as he gets ready for one last race here as a full time Sprint Cup Series driver.

Some notable names outside the leaders were Dale Jr., who finished third last year, in the 21st position and AJ Allmendinger who took the 23rd spot in tonight's race. Allmendinger is NASCAR's second most successful road course driver, falling only behind the No.24 Hendrick Motorsports Chevrolet.

With 10 minutes left Michael Annett stalled on the track, bringing out the caution.