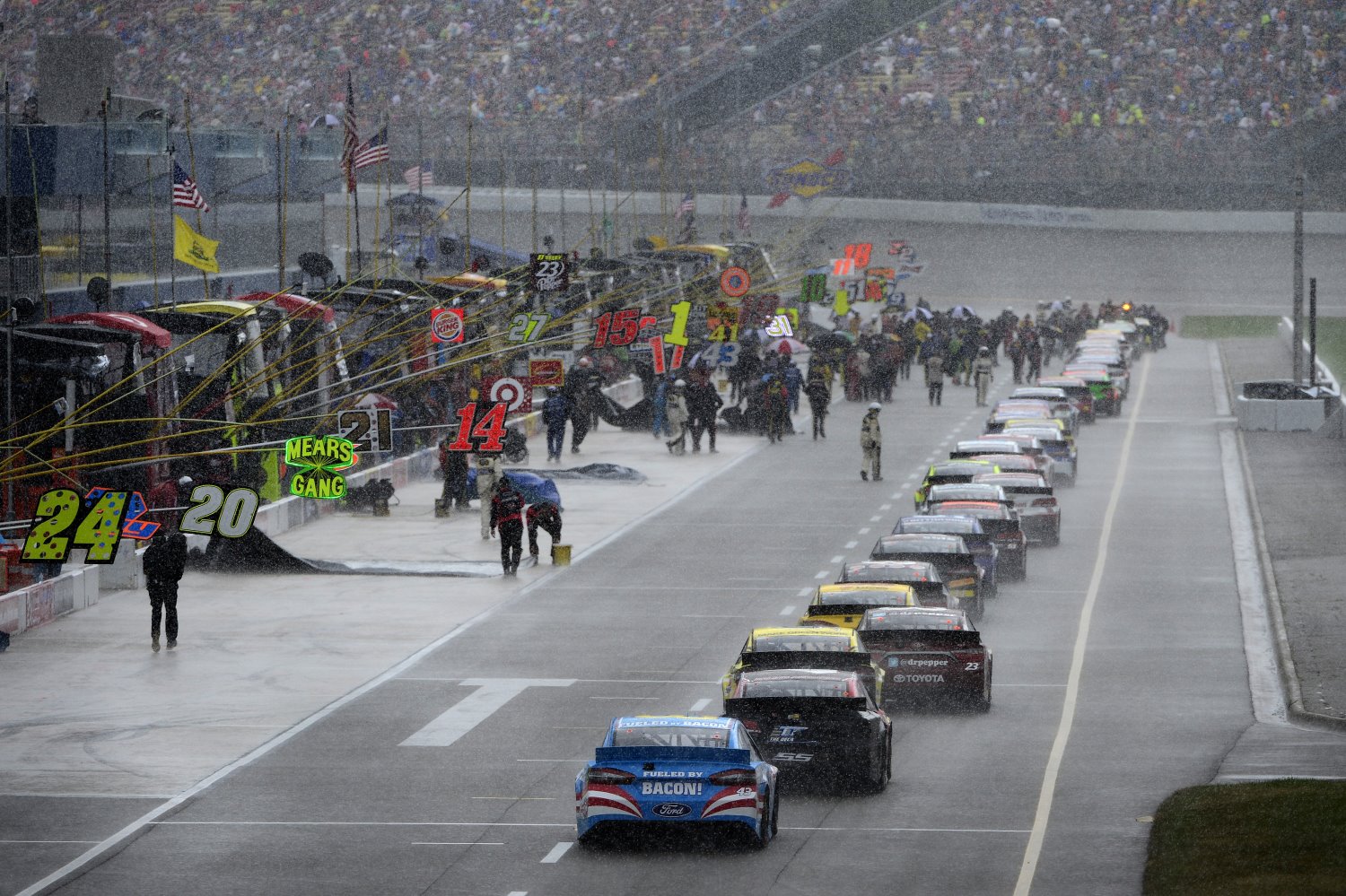 Sunday's monsoon like conditions at Michigan International Speedway near Brooklyn didn't help the Quicken Loans 400 with its attendance problems.

Rain forced red-flag halts a record four times, and with fading daylight officials decided to call the NASCAR Sprint Cup race after 138 laps, which was 276 miles of the 400-mile race.

Kurt Busch won the race after taking the lead with five laps remaining. He began the day starting 24th in the 43-car field.

MIS officials said it is company policy not to disclose race attendance. They did confirm it was not a sellout.

The two-mile track seats 71,000 and has 46 suites as well as campground sites on the 1,180 acres in the Irish Hills area south of Jackson.
Previous races have topped 80,000 fans.

However, he did tell the industry trade publication that 2015’s ticket sales were pacing 8 percent to 10 percent ahead of 2014, the biggest increase since 2006.

Ticket sales were up 6 percent heading into the weekend, according to an email this afternoon from Brad Kuhbander, MIS’ manager of media relations.

“Weather obviously played a factor in the final numbers, but we are very happy with where we ended up," Kuhbander said.

Curtis told the magazine that different reasons accounted for the uptick in ticket sales this year.

“There’s a lot of factors," he said. "Certainly the economy coming back in Michigan and people moving back to the state. Interest in NASCAR starting to rebound coming off of the Chase last year."

Because the track doesn’t make public its attendance totals, it’s impossible to know how much the weather harmed walk-up ticket sales in the days and hours before the race. Crain's Detroit Business