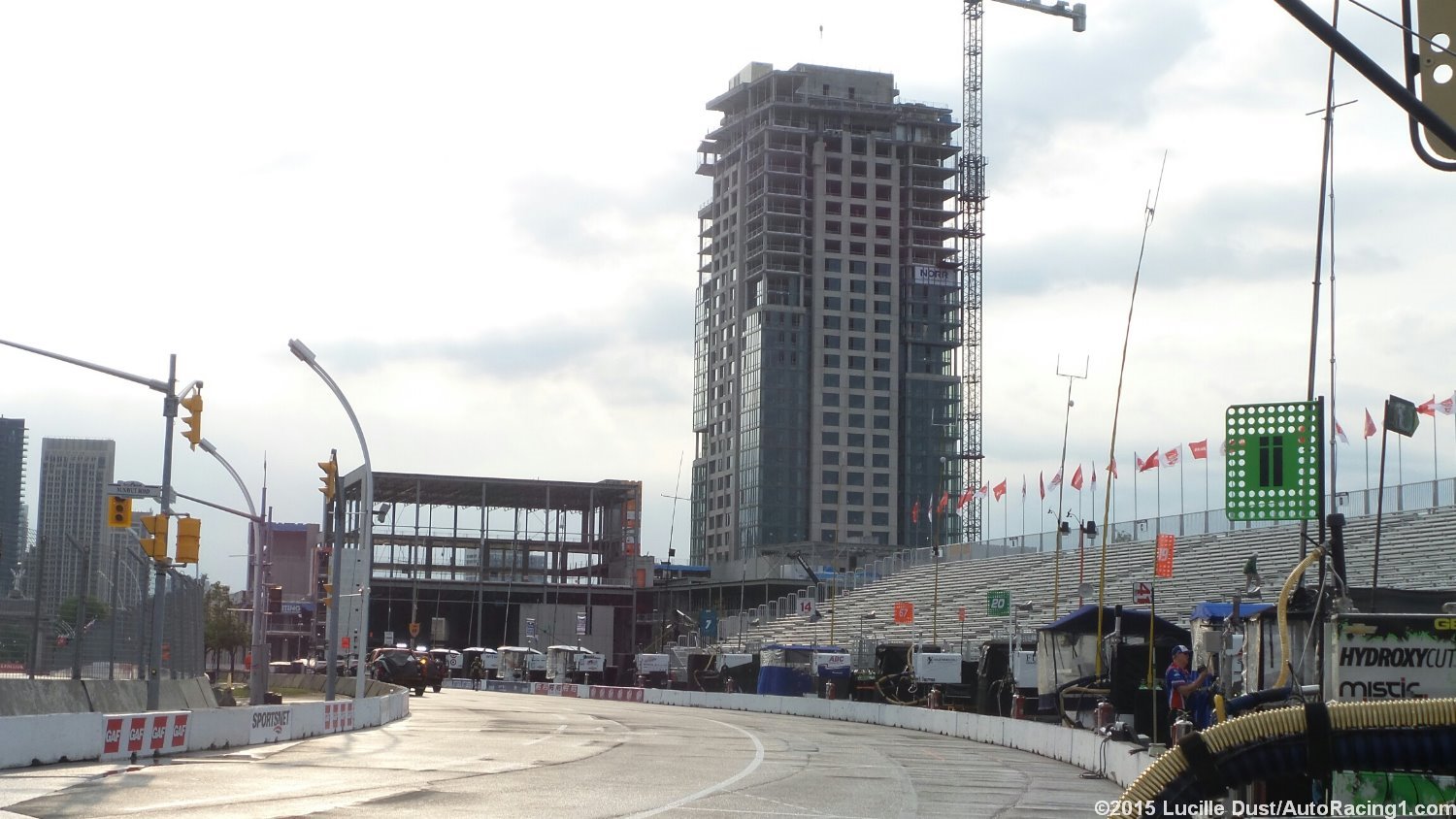 The number of grandstands at the Honda Indy continued to shrink this year and are now at embarrassing levels. A race that once packed 75,000 fans into Exhibition Place [in the CART days before Tony George destroyed the sport] now likely has somewhere around one-tenth that number in grandstand seats.

The biggest reduction this year happened behind pitlane on the start-finish straight where about half of the seats were removed due to ongoing construction. While there exists room elsewhere at the venue, the seats were not relocated or replaced. In the end, it didn't matter as Sunday's rain meant few of the seats were used. A charitable guess would put the race day crowd at about 10,000. Jeff Pappone/Globe and Mail