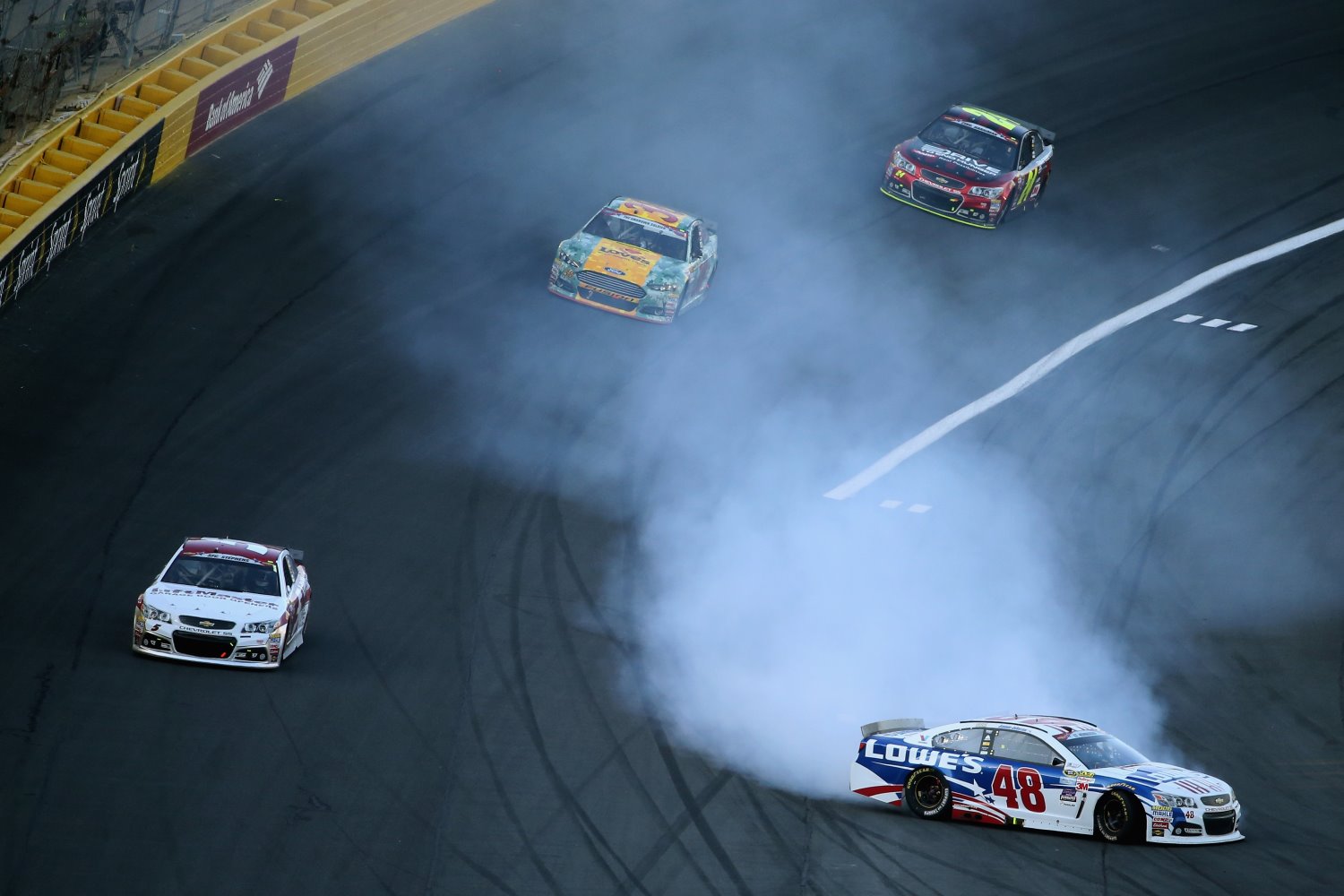 The National Motorsports Appeals Panel heard and considered the appeal of a P1 penalty issued on May 27, 2015 to Hendrick Motorsports relative to NASCAR Sprint Cup Series vehicle #48 at Charlotte Motor Speedway. The penalty concerns the following section in the 2015 NASCAR rule book:

The original penalty assessed was the last choice in the pit selection process for the next event.

Upon hearing the testimony, the decision of the National Motorsports Appeals Panel is:

Â· Warnings are not appealable. NASCAR acted correctly in issuing a P1 penalty after the second warning.
Â· But, the panel must also decide if there has been a violation of the rules (Section 14.15.1.b).
Â· In the hearing, there was a preponderance of evidence presented that the side skirt violation which led to a warning did occur. There was conflicting evidence about the inspection violation which led to the second warning instead of preponderance.
Â· Since only one of the two violations were shown by a preponderance of the evidence, the panel rescinds the P1 penalty.
The panel consisted of the following three individuals: Richard Gore, David Hall, Jay Signore. NASCAR