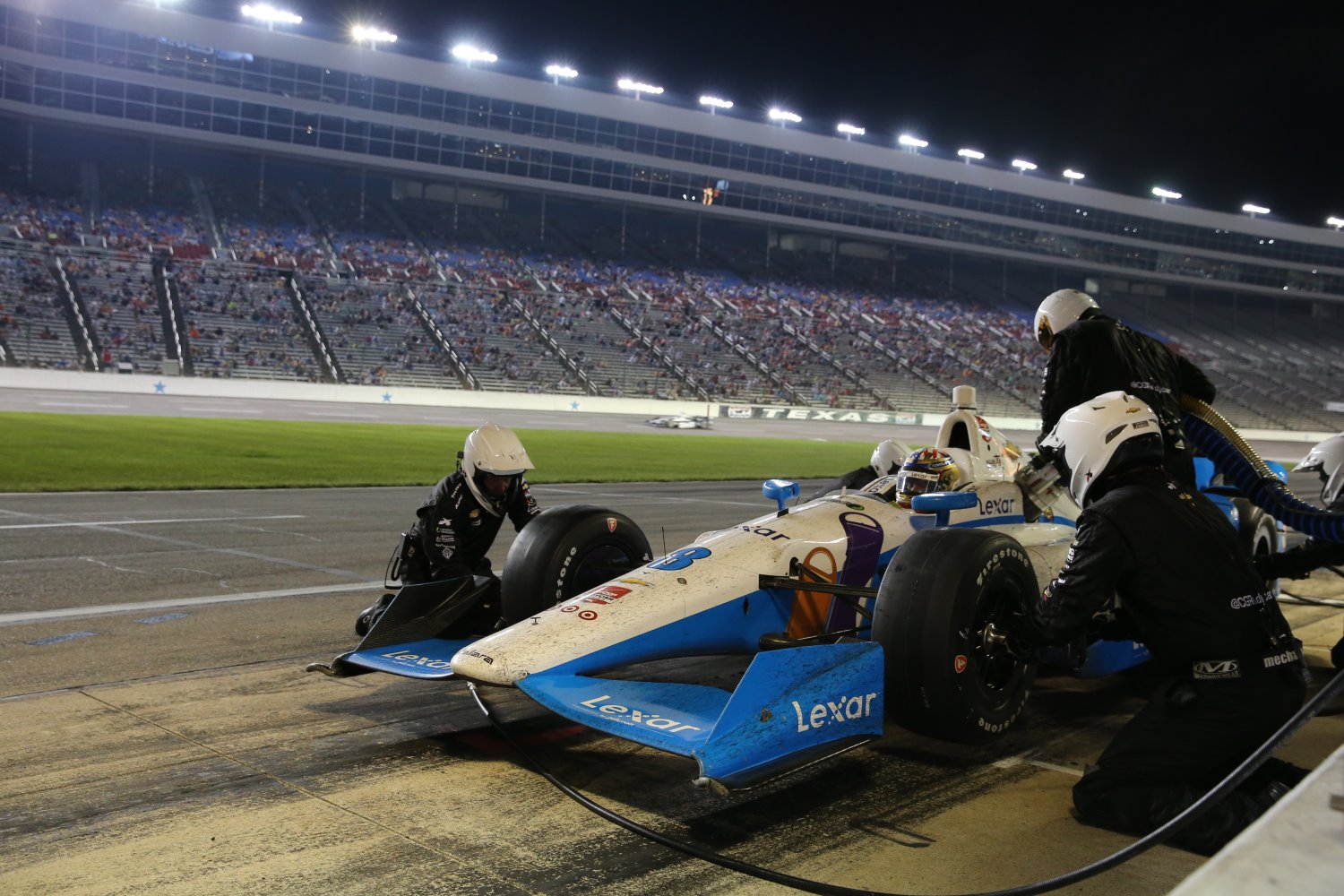 It's becoming more of a question whether Texas Motor Speedway and IndyCar is the right match anymore. Another snoozer of a race Saturday, despite being the "fastest" in the track's history, brought up more concerns.

Only five drivers finished on the lead lap. The winning driver – Scott Dixon – could have put it in cruise control the final 12 laps with a winning margin of more than seven seconds.

It was heavy on single-car racing and light on drama. No significant wrecks or major movers, just yawns.

One must wonder whether this is on the verge of being a charade of its old self, if it isn't already there. Texas produced thrilling, edge-of-your-seat IndyCar racing a decade ago. There haven't been many signs in recent years to suggest that type of racing is ever coming back.

But TMS president Eddie Gossage hasn't had any thoughts of giving up on the series. He's proud to be one of the series' annual stops and sees no reason to change that.

"I got several tweets saying how great the race was, and several others saying it didn't have the drama they wanted," Gossage said. "In the end, neither is wrong. It's an opinion. It was a nice evening. Some races just aren't going to have all that drama. Sure, you'd like to have three, four, five cars battling at the end, but that doesn't happen all the time."

Gossage made it clear he wasn't pleased after a lackluster 2014 race by IndyCar, reminding the series that he expected better. He wasn't ready to publicly voice similar concerns after this year's race.

Maybe he didn't want to ruffle more feathers. The drivers certainly don't like Gossage piping up about the quality of racing, even though IndyCar acknowledged the 2014 race wasn't up to their standards.

Asked if this year's race met what Gossage wanted, veteran driver Tony Kanaan replied: "He's always vocal with his opinion. But he's not racing cars. He's a very good promoter and he should stick to that and let us do the race."

The drivers went on to defend the racing quality, of course. Kanaan and Helio Castroneves talked about the decision drivers faced in how much downforce they wanted to put on their cars, but that's a tough sell to the masses.

It's reminiscent of the huge undertaking IndyCar is in the midst of in trying to explain to the public why its new aero kits are important and matter. A good portion of racing fans don't hold engineering degrees, after all, and are simply interested in seeing races that feature passing, side-by-side racing and, right or wrong, wrecks.

In other words, they want something to talk about the next day, like Jeff Gordon and Brad Keselowski brawling along pit road. You'd be hard-pressed to find many talking points coming out of Saturday's IndyCar race.

"The term ‘pack racing' has become a negative term, and I've taken a lot of heat and criticism for using it," Gossage said. "But what I'm talking about is having several cars that are racing together, near each other with a chance to pass with three laps left. We want to have three, four, five cars who all could win late in the race. That's what I mean."

Those kinds of races were commonplace at Texas in years past. This is a track that once saw Sam Hornish Jr. win by the narrowest of margins over Castroneves – 0.0096 seconds in 2002. A couple of months before that Jeff Ward held off Al Unser Jr. by 0.0111 seconds.

But it's hard to picture similar races coming back anytime soon. IndyCar has gone in a different direction in regard to oval tracks after Dan Wheldon lost his life on Las Vegas Motor Speedway's oval in 2011.

Drivers, understandably, aren't as daring on ovals. But that doesn't mean it still can't produce great races, in Gossage's mind.

"Who doesn't want exciting races and exciting finishes? Everybody does," Gossage said. "We've all got to work towards that and, at the same time, be safe. IndyCar is oval racing, it's what the Indianapolis 500 is. That's always going to be their calling card, so they are searching to find a way that makes it better as well as keeping it safe."

There are deeper roots to IndyCar's problems than what happened in Texas. But at least there is something on the horizon that should help boost a sport's popularity.

They have a clear-cut way to generate interest and publicity as they celebrate the 100th running of the Indianapolis 500 in 2016. Gossage is certainly hopeful they use that historic occasion to their full advantage, and it carries over to the Texas race.

It's about all they can hope for. A race like Saturday's surely isn't going to stir much more interest.

"Next year is going to be a big year for IndyCar because the 100th [running] is a huge deal," Gossage said. "Being where we are on the schedule, we ride on that Indy 500 wave and will do so again next year." Star Telegram