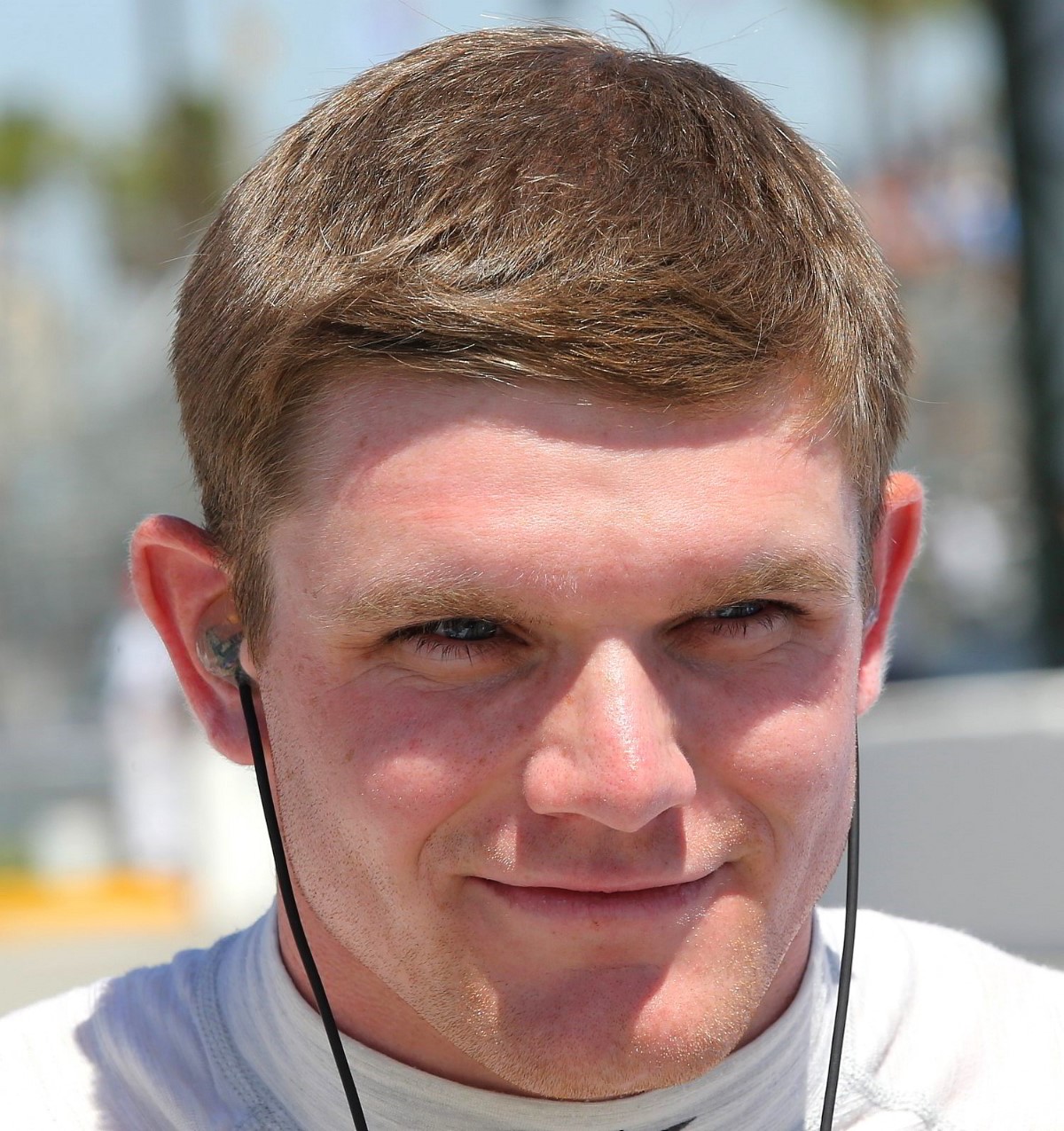 American Conor Daly was bitterly disappointed after his car failure at the Indianapolis 500 but one week later he turned many heads with his impressive performances in both races in Detroit.

In the most difficult of conditions, Daly was mistake free and had himself in position to go for the win in race two, until multiple yellow cautions worked against their pit stop strategy. Having led for 12 laps, Daly finished sixth.

Daly recently talked about his misfortune at Indianapolis as well as his successful weekend in Detroit.

Question: How disappointed were you when your car caught fire on the warm up lap of the Indy 500?

Daly: It was one of the worst feelings I’ve ever felt but it’s not something you can dwell on. It took so long to put the deal together with Smithfield and the ‘Fueled by Bacon’ had become such a great catch phrase that I just couldn’t believe what was happening. When the car stopped I didn’t want to get out. I was hoping that magically it would start up again. But the race was over for me and I had to focus on whatever opportunity came next.

Question: One week later in Detroit you were presented with another opportunity but it rained. Was that good or bad for you?

Daly: I’ve always liked the rain but it certainly threw a curve ball at us. I had never driven an IndyCar in the wet and had never driven at the Detroit circuit so we had to make sure it was still a mistake free weekend despite all that was going on. Even with such a short Friday morning practice session (I think there were four red flags) we were able to make some key set up changes that worked really well in the wet and dry.

Question: You spent time with Hinchcliffe prior to Detroit and then you went and raced his car – was it a little weird seeing him recovering yet jumping into his car as another audition?

Daly: James is happy I have the chance to fill in for him and it’s gone well so far. It’s tough to see a friend get injured but we are all happy he will make a full recovery and drive again as soon as he can. He watched it on television and was happy to see his car leading. He worked hard to develop the Arrow program and I was glad to be able to provide him some pay back.

Question: Eddie Cheever talked on the broadcast about your European training, Do you think it helped you in Detroit?

Daly: My European experience has helped in a massive way because I was able to drive in many different conditions for the last 4 years. You’re also thrust into those situations with no time to practice which is essentially what happened in Detroit. I think the foundation of experience I have now is really helpful moving forward.

Question: What was the most satisfying part of the races?

Daly: The most satisfying time of the weekend was pulling away from the field and leading my first IndyCar laps. I have always dreamed of competing in the Verizon IndyCar Series and to be out front and battling with some of the best of the best, it meant a lot to me.

Question: After your first pit stop you were consistently the fastest car on track – even faster than Montoya who was leading. Were you aware of this?

Daly: All I knew is that I had to go as fast as possible at all times. We had a strong run of fast laps, something like 15 of 18 laps, where we were running faster than everyone ahead of us. I could tell I was catching Filippi pretty quickly and then proceeded to work through some traffic which felt good. The car was really nice to drive in all conditions. Sadly the amount of yellows that came out threw off the advantage of our two stop strategy.

Question: This was only your fourth IndyCar race and you were leading in the most difficult of conditions. Cheever brought it up on the broadcast that you had to finish and were under a lot of pressure. Were you aware of the pressure situation you were in?

Daly: It’s not something I was really thinking about. I spent most of my time trying to stay in a focused situation and trying to keep hitting my reference points at every corner. I just try to do the best possible job I can do whatever the situation. I want to be a professional racing driver more than anything in the world and I want to do whatever it takes to make that happen.

Question: You seemed to avoid many of the accidents. Were you deliberately giving drivers extra room on restarts etc?

Daly: It was very important to me to finish both races and stay out of trouble so I’d say I was being slightly cautious at times. There were many incidents on restarts and first laps and I knew that turn three would be a problem corner so I tried to position myself going in to be able to avoid any carnage if it happened. In a race like Detroit you have to watch so much in your mirrors sometimes to avoid being hit.

Question: You were given a penalty for blocking Karem, how did you react when your team told you over the radio?

Daly: I was very surprised we got a penalty because there was no contact at all between Karam and I and I even gave him the inside line. I saw after the race that I squeezed him close to the wall but this is street course racing, that happens all the time, it happened all the time on the run to turn three. I don’t agree with the penalty but we had to keep fighting.

Question: You have now driven four races (technically not the 2015 Indy 500) in four different race suits, with four different engineers, is it a little frustrating not having any continuity to your racing?

Daly: I would like a stable situation because I know I have a lot to learn. But, I will work as hard as I can in whatever situation I might be in as long as I’m driving an IndyCar. I hope what I can do this year, in the different opportunities I’ve got, will prove my worth for a full time position in 2016. I fell out of the mix when I was in Europe, but hopefully Detroit and Long Beach will make people understand why I went to Europe for four years. I think I’m a better driver because of it and I’m trying to use every opportunity to prove that.

Daly: Next is Toronto – then some more sports car racing and I don’t know exactly what is after that, but I’m ready for anything.