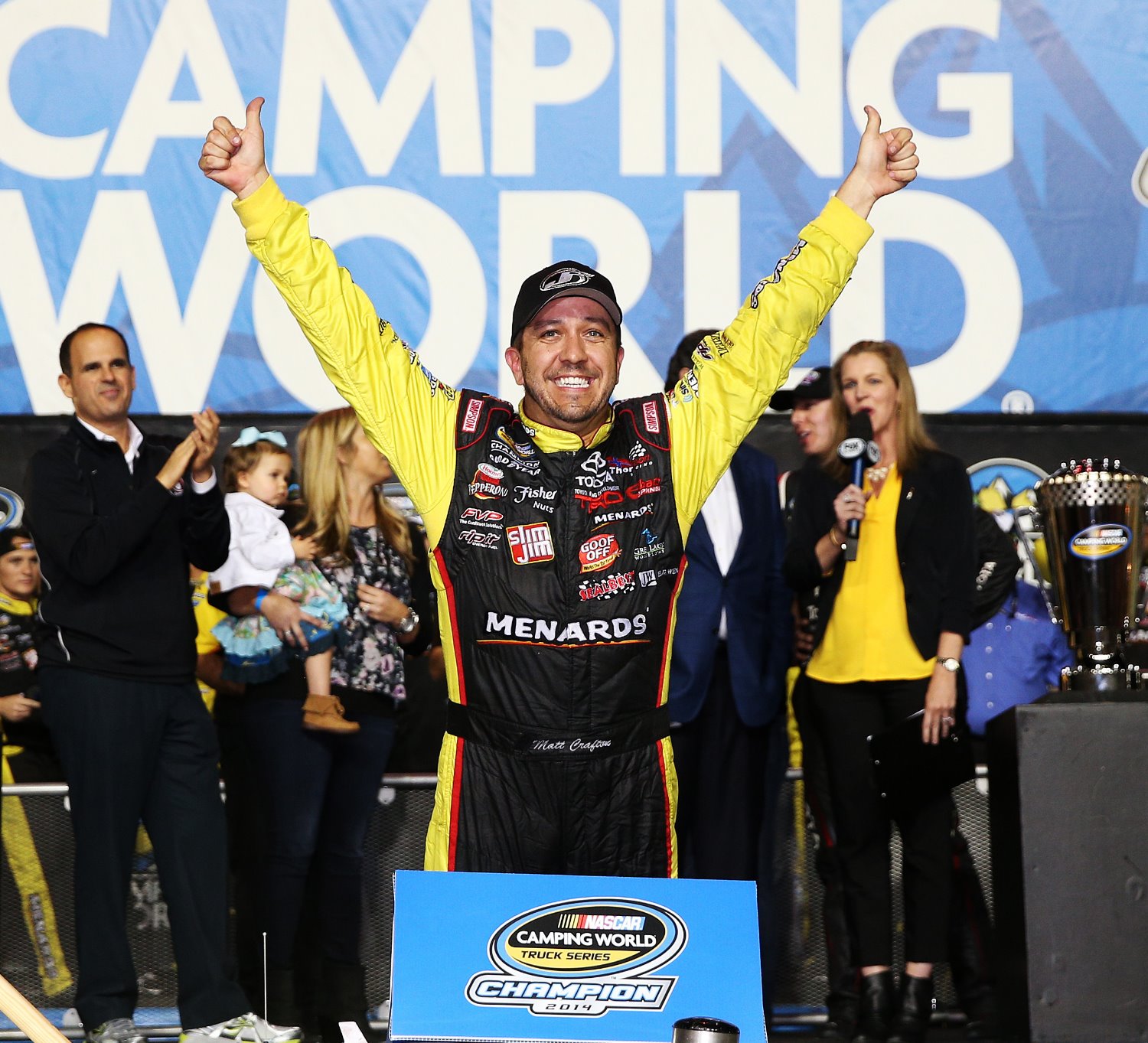 What was it like filming for the documentary 'Driven' about how you got started in racing?

"It was a lot of fun. I had the film crew follow me for a few weeks and did a lot of interviews and talked a lot about my Dad, where I grew up and how I grew up. I guess the inside life of me – that's kind of scary."

Has anything surprised you this season?

"Not so much. Junior (Carl Joiner, crew chief) and every one of these crew guys have brought really, really fast Toyota Tundras each and every week to the race track. I made a huge mistake last week speeding on pit road, but they've done their job. Of course I wish we had some more wins, but at the end of the day we just keep knocking off top-fives and more wins will come."

Do you have to learn this race track each time you come back?

"You don't have to reacquaint yourself with the race track, but this track has changed quite a bit over the years. Last year in this June race, it was really, really different than what I'd seen in the past. Usually when you're here, you can run quite a few laps wide open and I bet there wasn't the whole weekend with a total of five laps the whole weekend wide open. It is a lot slipperier and the race track is getting a lot more age on it. It's definitely changing and I think it's changing for the better."

How do you feel Erik Jones and Tyler Reddick are doing this season?

"Both of the young guys are doing very, very good. I don't worry about them as much as yourself – you start looking over your shoulder and you start making mistakes. Just go out there and do my job and focus on leading laps and winning races then we'll see where we're at in Homestead."

How much do you look at what it would mean to win a third consecutive championship?
"No, I honestly haven't thought about it, looked at it, don't care to. When I get to Homestead if we're in that position to maybe win another one then great and if we're not then we haven't done our job all year and maybe we didn't have the right luck on our side. That's one of the things me and Junior (Carl Joiner, crew chief) just focus on is the next week and the next week. We don't sit there and look too far ahead."

What has been the biggest change to your career where you've hit this stride of winning more races?

"I don't say so much that I'm hitting my stride because at the end of the day it comes down to having such an amazing crew chief and we hit it off – best friends for the past 18 years. We became really good friends and we think so much alike and we talk to each other two or three times a day. That's honestly one of the biggest parts over the last two or three years in my career that's changed."

What will be the toughest part about repeating as the race winner at Texas?

"The other trucks that are here. The biggest thing is that with the trucks, the rule packages aren't exactly the same so we don't know exactly how it's going to handle last year to this year. There's a few things different. We'll go out there and we just have to work on it, tune on the thing and take it one day and one hour at a time."

Does the setup in the trucks make figuring out intermediate tracks more difficult?

"I love racing trucks, but sometimes when we go to some of the mile-and-a-halves where you can just run around there 15 or 20 laps wide open, that's not the most fun racing as we do. I love going to Atlanta and I love coming here – some of these mile-and-a-halves where you actually get to let off and slide the thing around a lot more. Kansas, you don't have as much off-throttle time. Don't get me wrong, those places are a blast to race, but I really like coming to places where the asphalt is worn out and you get to search for different grooves."

Do you feel Truck Series and XFINITY Series drivers should also be included in the driver council for NASCAR?

"I think right now they're (NASCAR) working on more of their Cup stuff, but I 100 percent agree that they need to have a council I would say in all three of the series to be able to talk to the series directors and see what direction they need to go in. They're constantly making rule changes and trying to make the sport better and sometimes we as drivers feel things whenever they make a rule change and I think they need to hear it sometimes – not in a bad way or good way, but we need to be able to talk to them for sure. They've always been that way, any time I can go in and talk to (Mike) Helton or Wayne Auton or Chad Little in the past. We need to keep driving the sport forward and making changes and listening to drivers as well."