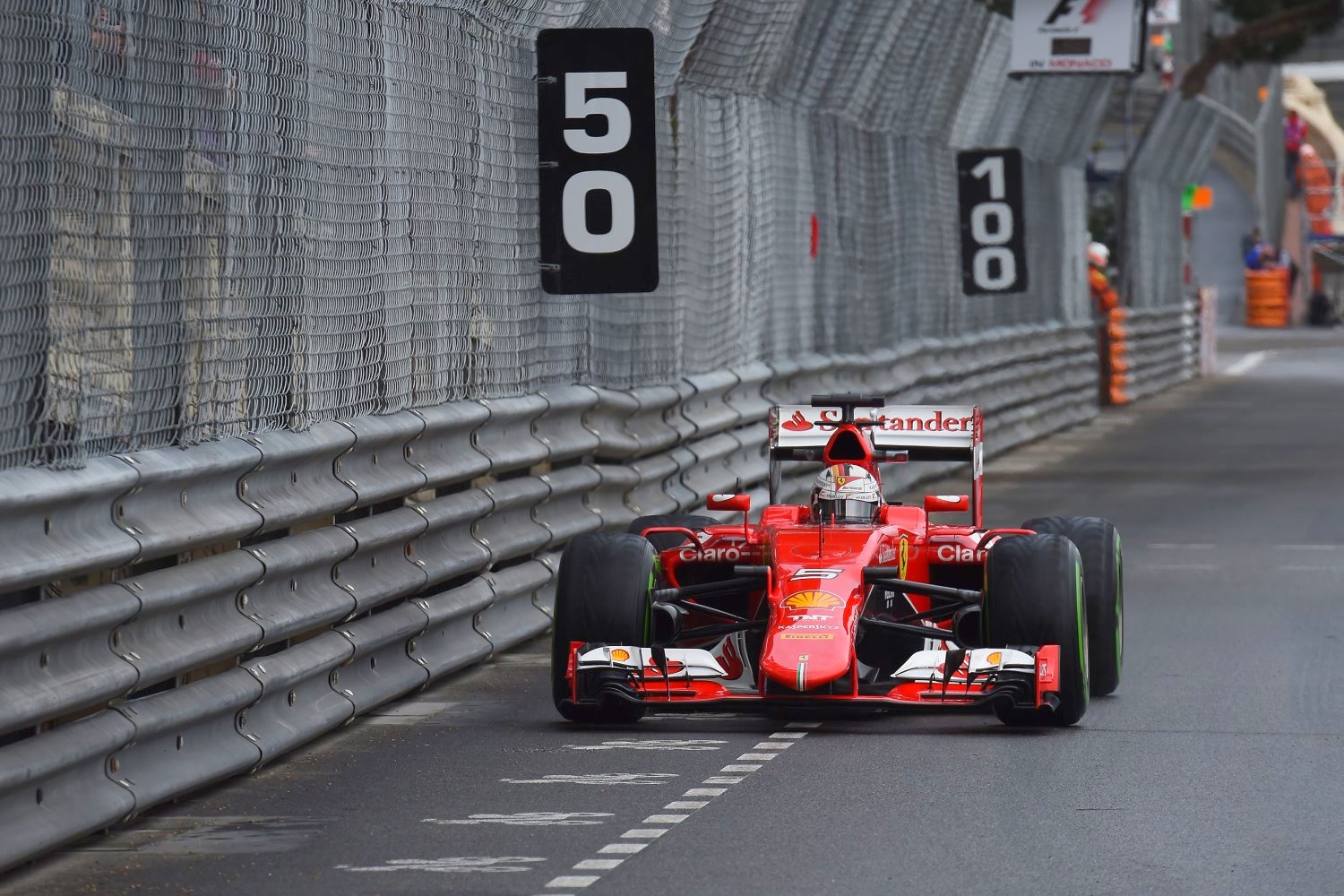 Sebastian Vettel heads into qualifying for the Monaco Grand Prix poised to take the fight for pole position to Mercedes after storming to the fastest time in final free practice.

Ferrari's Vettel emerged as the man to beat in FP3, his final effort toppling the Mercedes' by stopping the clock at 1min 16.143secs.

Indeed, Mercedes had looked comfortable out front for much of the session, but Nico Rosberg's response to Vettel's fast lap would leave him two tenths behind the Ferrari, while Lewis Hamilton was more than half a second behind the German as he aborted his last runs due to traffic and yellow flags.

Red Bull and Toro Rosso followed in fourth and fifth, Daniel Ricciardo leading Carlos Sainz, ahead of Kimi Raikkonen. It should be noticed that rookie Carlos Sainz Jr. was again faster that Max Verstappen making many think now in the paddock that Verstappen is not the 2nd coming of Ayrton Senna. Sainz has dominated Verstappen and he's almost just as young.

Daniil Kvyat was seventh fastest, ahead of Jenson Button while his McLaren-Honda teammate Fernando Alonso could only manage 14th.