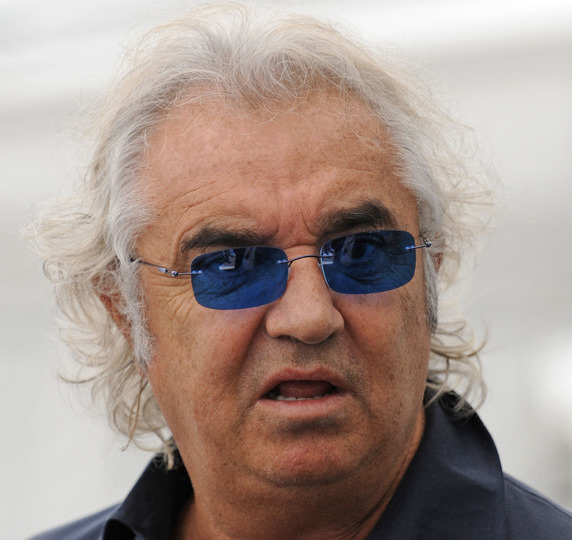 One by one the F1 paddock is starting to agree with AutoRacing1.com's article The Fundamental problem with F1 and IndyCar today where we argue that the top level of open wheel racing today is an exercise in engineering talent, not driver talent. They have gone too far with the technology – the turbo V6 engines are quiet, slow and downright boring.

Flavio Briatore, who for two decades presided over often title-winning success on the pitwall, says he is now only an occasional viewer of grands prix.

"On Sunday I watched the (Bahrain) race for ten minutes and then did something else," the Italian told Rai radio earlier this week.

"They spend (EUR) 300 million but then have to restrict their drivers in the races."

Briatore said F1 drivers should instead be able to do "60 qualifying laps" on Sundays rather than worry about saving fuel and tires.

The nature of the rules is a topic even today's F1 insiders are now furiously studying, as new sponsors are reluctant to invest and audiences wane.

"In formula one there is now a lot of technology but people have noticed there is no longer real racing," said Briatore.

Even those who had the power to veto the new power unit era, namely former Ferrari president Luca di Montezemolo, admits it was a mistake not to do so.

"Hybrid engines are the future," he told La Repubblica newspaper. "But with hindsight, yes, it would have been better to oppose.

"What I see is an F1 that, while remaining an extraordinary spectacle, is losing market share."

"Run by engineers, F1 has made such complex regulations that the public neither understands nor appreciates," he told the Spanish newspaper Diario Sport.

"They see cars that are slower in the corners and drivers who move the switches when their engineers tell them," de la Rosa added.

"The case of Max Verstappen has shown that, while his talent is great, the jump from F3 to F1 is no longer so big.

"To see him and even (Carlos) Sainz adapt so quickly is not good because it means that F1 is too close to the lower categories and that the performance gap that used to make it so special is no longer there."