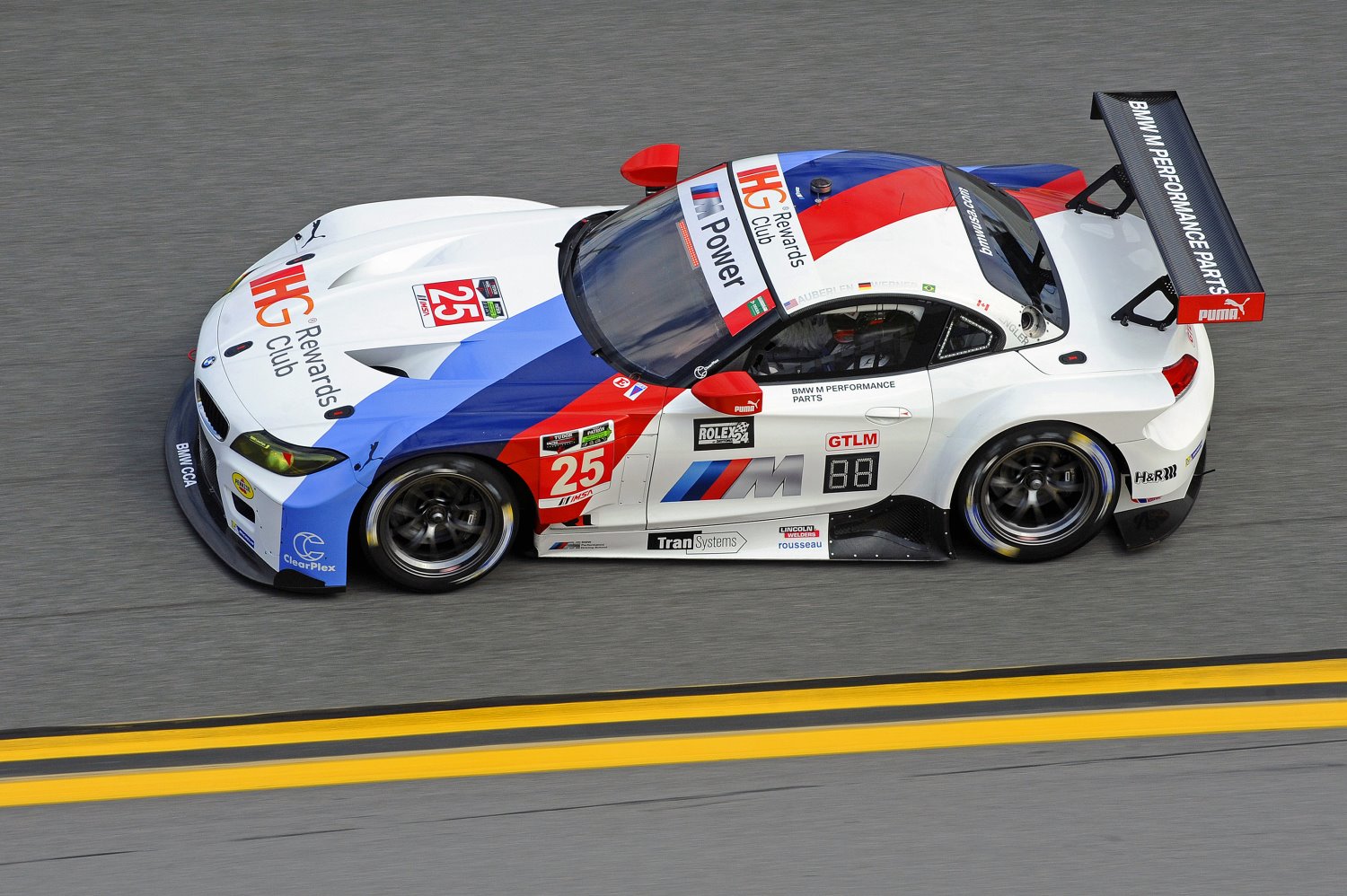 Using the newest generation of Michelin sports car-endurance tires for the first time in TUDOR Championship competition, John Edwards and Lucas Luhr took the lead in the #24 BMW Z4 GTE after the first round of pit stops and pulled away for the victory in the two hour-40-minute race.

Expecting cool temperatures, the BMWs actually split their Michelin tire strategies at the start with Luhr starting on the softer Michelin tire option before switching to the medium compound on the first pit stop. Both Michelin solutions proved successful as the GTLM pole winning Dirk Werner and Bill Auberlen started and stayed with the medium option tire sets and came home second. The win was the second consecutive series victory for BMW Team RLL and first 1-2 finish since 2013.

"Long Beach and Monterey lend themselves to our BMW Z4," said Edwards. "Bobby Rahal, (team principal of Team RLL) told us this morning that we could only beat ourselves. We tried to stay clean and error free all day."

"The Michelin tires were very consistent and stable, especially through the first two thirds (40 minutes) of our stints and that balance helped us to open a nice gap in traffic," said Edwards. "These wins don't come easy. We are very happy to be back on top."

"This is a very unique track with some evolving performance anomalies that we work hard to sort," said Ken Payne, technical director motorsports, Michelin North America. "This was the first TUDOR Championship race for our newest generation Le Mans style tires, so having good performance across the board is very encouraging." The victory marked the 15th consecutive year for a Michelin win in the GT competition at MRLS.

"We were pleased to see all seven cars from our Michelin technical partner teams qualify within 0.453 seconds on an 82 second long lap of a hilly, 11 turn, 2.238 mile race circuit," said Payne. "They topped that in the race with all seven cars turning their best race laps within a band of 0.403 seconds."

The marine layer cool of the morning yielded to clear skies and Monterey sunshine for the two-hour 40 minute race on the historic 2.238 mile circuit. With ambient temperatures of 63 degrees, track temperatures ranged from a peak of 93 degrees before dropping to 82 degrees at the finish.