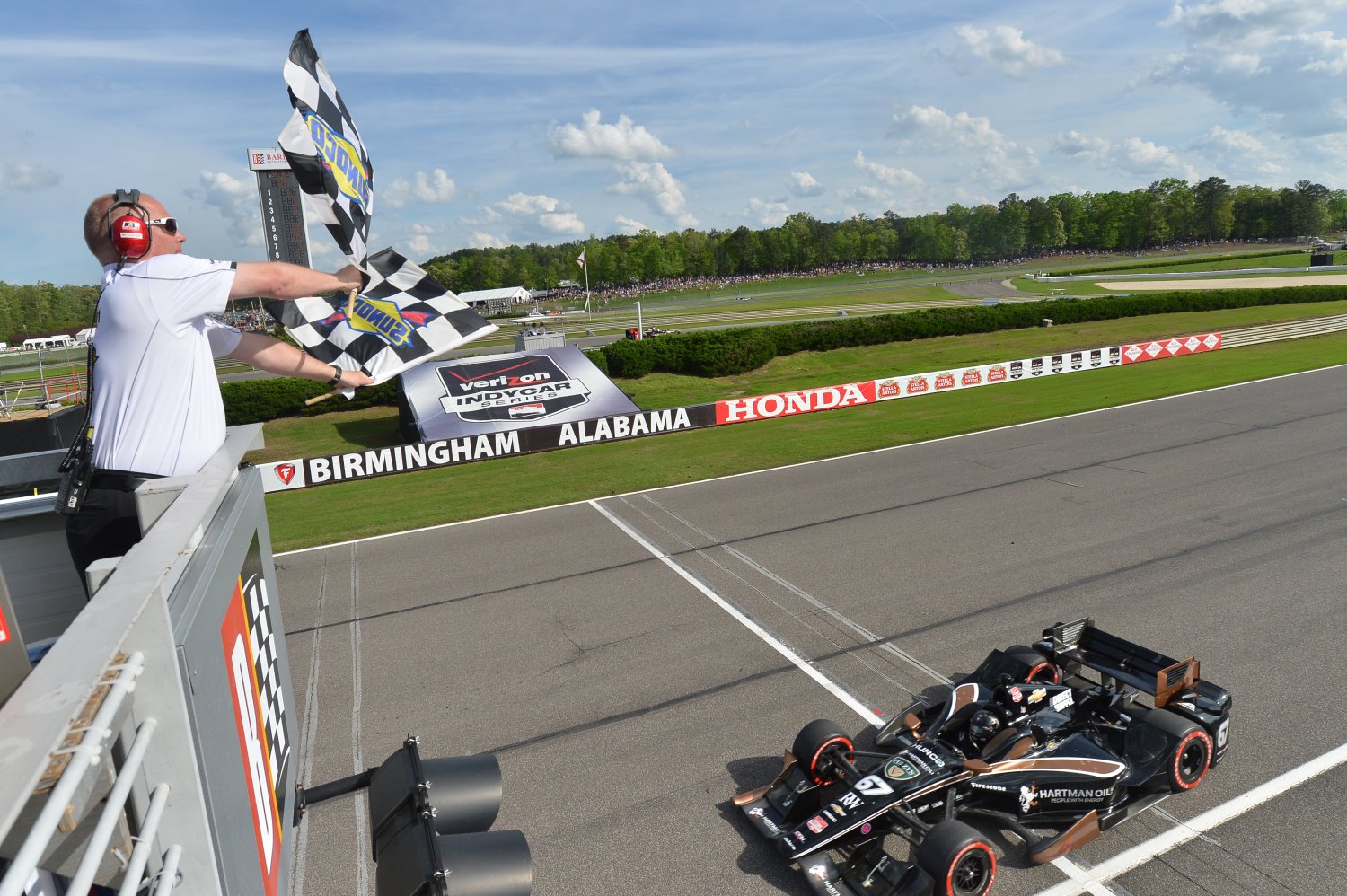 Judging by the results from this weekend’s Honda Indy Grand Prix of Alabama at Barber Motorsports Park and the supporting races for all three levels of the Mazda Road to Indy, the future of American auto racing is in good hands.

Aaron Telitz, 23, from Birchwood, Wis., who earned a Team USA Scholarship last year, set the ball rolling on Friday when he executed two textbook passes in the closing stages to claim a spectacular victory for Cape Motorsports with Wayne Taylor Racing in Round Five of the Cooper Tires USF2000 Championship Powered by Mazda. Telitz added a fourth-place finish on Saturday and now lies third in the point standings behind 2013 Team USA Scholarship winner Jake Eidson, 19, from Littleton, Colo., who secured a pair of third-place finishes this weekend for Pabst Racing.

The next two steps on the acclaimed Mazda Road to Indy, which offers scholarship opportunities for drivers to progress all the way from the grassroots of the sport to the Verizon IndyCar Series also saw Team USA drivers to the fore.

"Wow, that was an exciting weekend," said Team USA Scholarship founder Jeremy Shaw. "I saw Josef shortly before the start of this afternoon's IndyCar race and reminded him that his fellow alumni already had made trips to victory circle."

"I know," he replied. "These kids are really putting the pressure on me. I need to step it up."

Newgarden did exactly that. After qualifying his #67 Hartman Oils/CFH Racing Dallara-Chevy a strong fifth, Newgarden jumped to second on the opening lap and then took control following the first round of pit stops. He never looked back.