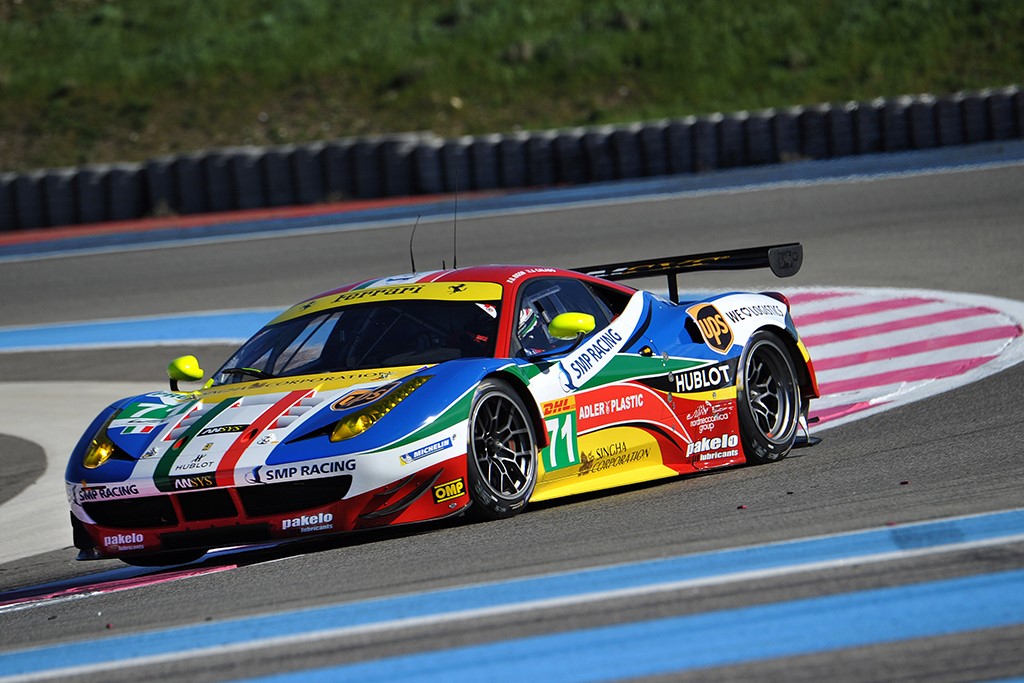 The FIA WEC 2015 Championship is almost ready to start. For Davide Rigon and his teammate James Calado this weekend will open the doors of second GT Championship’ s season, with the 6 Hours of Silverstone.

After the official tests at Le Castellet, the driver from Veneto is ready to go back to drive his Ferrari 458 Italia LMGTE-Pro # 71. Ferrari presented the new livery during the tests, they want to defend the Constructors title and the 2014 Drivers' and Team titles, both won by the team of Amato Ferrari and the partners "Gimmi" Bruni and Tony Vilander.

In the Motor-sport British temple Davide is determined to confirm last season’s results. Five podiums thanks to the second place at the 6 Hours of Fuji and the third place at Spa-Francorchamps, Shanghai , Bahrain and Interlagos. A prestigious parterre with over thirty teams and eighty-seven drivers, all ready to do the battle for the victory.

Davide Rigon said: "I’m looking forward to be in Silverstone to get on the track. During the official tests at the Paul Ricard circuit, we did several tests with a satisfying work. Compared to last season we have some new improvements on the car, even if we have to consider the BOP. Michelin did a great job with the tires and this will be very important for us. Last year in Silverstone, the weekend was affected by the rain, but in England it’s usual. Me and James have just one year more of experience in the most important GT Championship, with many others really good drivers. Our goal will be to give to Ferrari many points as possible".

The 2015 calendar is represented from the new entry: the 6 Hours of Nurburgring (it replaces Brazil), the first part of the championship after England, Belgium and the legendary 24 Hours of Le Mans. The Circus after this first part of the Championship will fly over-ocean, in Texas, along the 5,513 meters of Austin’ s circuit before to go in Japan, China and Bahrain for the final race on November 21st.