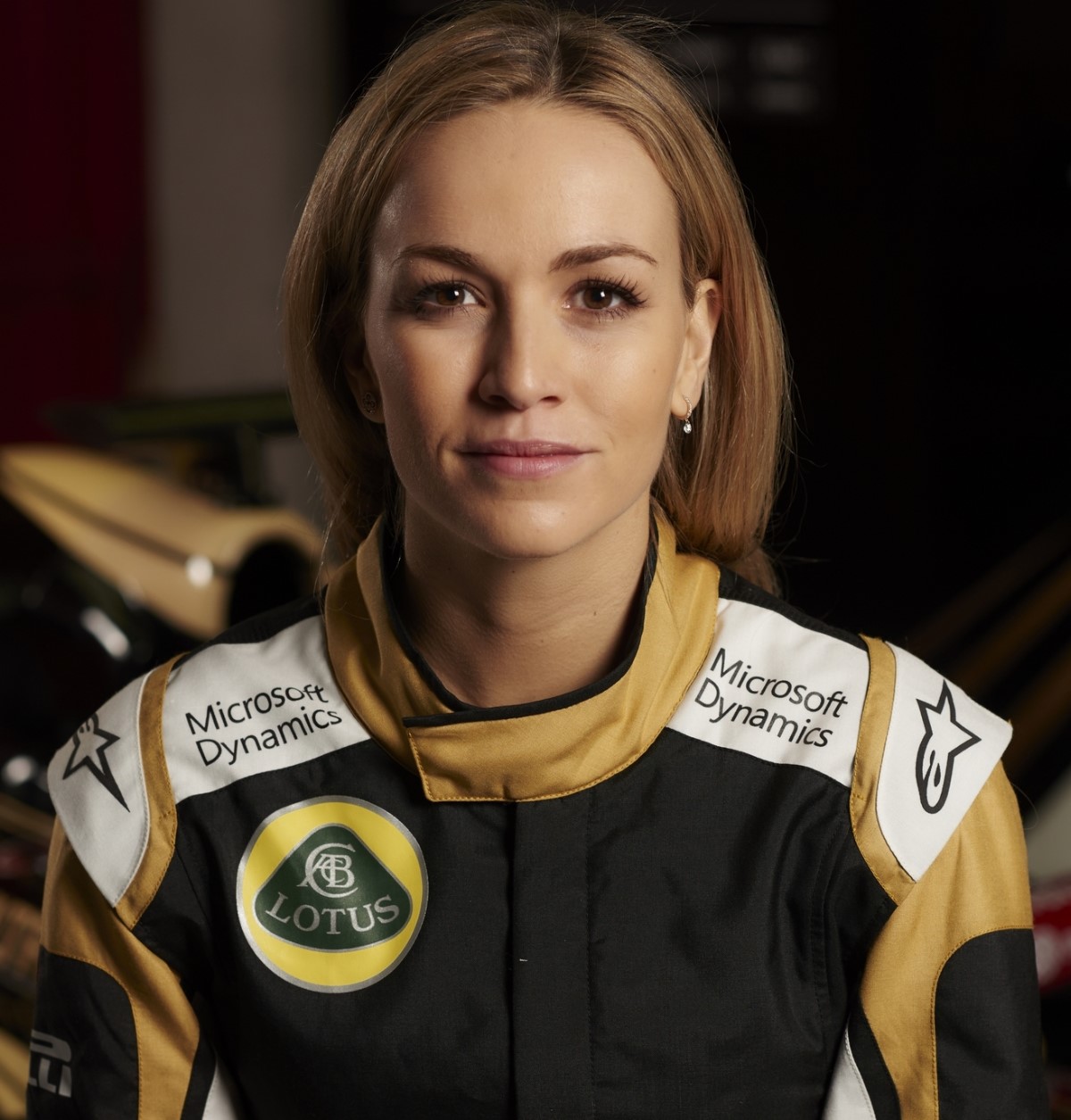 Most sporting events have categories for both genders: football, tennis, Olympic sports to name only a few. But not in racing. While several women involved in motorsport have suggested that creating a separate series for female competitors is the wrong path to take, newly-signed Lotus development driver Carmen Jorda reckons such a step would in fact be progressive, as she explained to GPUpdate.net in Malaysia.

"It's not fair that women have to compete in the same championship as men, because we're never going to become World Champion, and I think women deserve that chance," says the 26-year-old Spaniard.

"In every sport you can think of, tennis, skiing, or whatever, it has women and men championships. So they should think about it. I think this could have a real future. I really would like to see a Formula 1 women championship."

Jorda's comments are backed up by Formula 1 supremo Bernie Ecclestone, who told assembled press at Sepang that a separate championship for women would be popular.

"We have to start somewhere so, I suggested to the teams that we have a separate championship and maybe that way, we will be able to bring someone through to Formula 1," he said. "They could race before the main event, or perhaps on the Saturday qualifying day so that they had their own interest.

"It is only a thought at the moment but I think it would be super for F1 and the whole Grand Prix weekend."

The absence of female drivers in Formula 1 has been a talking point for several years, with the last entrant being Giovanna Amati, who failed to qualify for three events in 1992.

But there have been hints recently that the dynamic is changing. Sauber signed Simona de Silvestro as an affiliated driver – although sadly, and frustratingly, the relationship stagnated – while Williams has handed Susie Wolff two free practice sessions, test days, and with the promise of more track time to follow.

Lotus is the latest team to have acquired the services of a female driver, signing ex-GP3 racer Jorda in a development role. As well as her presence at race weekends, Jorda will assist Lotus at its Enstone factory.

"We were talking with several teams, and finally we decided Lotus was the best option," she says. "The first time I was there they treated me as part of them. I got a lot of trust. They said they were very confident in me, which gave me a lot of confidence. I really liked that. I need people to really support me to make myself better and to get me to where I want to be.

"[My role] has two parts. The first part is my program in the simulator and my physical program, to make me ready for the day when my first F1 test arrives. The second thing is to learn from the team what they do here on the track. I want to help the team to make the most of it, so I help them with whatever I can."

Jorda expects to test for Lotus in the summer but for now her racing career is on halt as she focuses on a "really intense program", one that for her is a dream, and one that stretches back to when she was a small child in Spain.

"My dad always said he wanted to give me a chance to go racing too, as he also was a driver," she explains. "He did well but when my sister was born he had to stop racing, because he couldn't cope with working, racing and family. He had a sweets company that made marshmallows, chocolate and all kinds of different candy.

"I started very early. When I was 10 or 11 I started to practice in a go-kart. My dad found this old go-kart and put me in it. I loved it and it all started from there. When I was 12 I did my first karting race. When I was 16, when I already did four seasons in go-kart, he asked, 'Are you sure you want to keep going?' and I said, 'Of course.'"

After Formula 3 Jorda took the plunge to go to the United States but struggled with such a change in culture.

"I didn't do the ovals. In your first year in Indy you cannot do ovals, because you need to have a sort of rookie license. We started on the normal circuits, which was what I knew. The next step was to move up, but then I got an offer to do GP3 and I decided it was a good idea to go there."

That brings the subject on to Jorda's spell in GP3. The most striking issue is that in almost three years she failed to score a point and was significantly off the pace. However, Jorda is honest about her shortcomings in the series and reveals that medical woes almost scuppered her career.

"I had a small tumor in my nerves that had to be taken away," she says. "They had to operate. Unfortunately I had an infection. I couldn't work for a month and a half, so I struggled a lot during the preparation for my season.

"Before the operation my doctor told me I was really close to not being able to work again. That was really worrying. It was very hard to hear that, because I didn't know what was going to happen and if would be able to race again. That was a tough stage of my life that I went through. It was not easy for me in my last GP3 season.

"Of course I'm disappointed because I know I could have done much better. But I proved to Lotus that I could make it and they believed in my potential after they saw me in the simulator. I'm not looking back thinking: what if I had done this or that?"

Having been given a golden opportunity to work with an established Formula 1 team, it's now up to Jorda to prove herself and inspire the next generation of young girls. GPUpdate