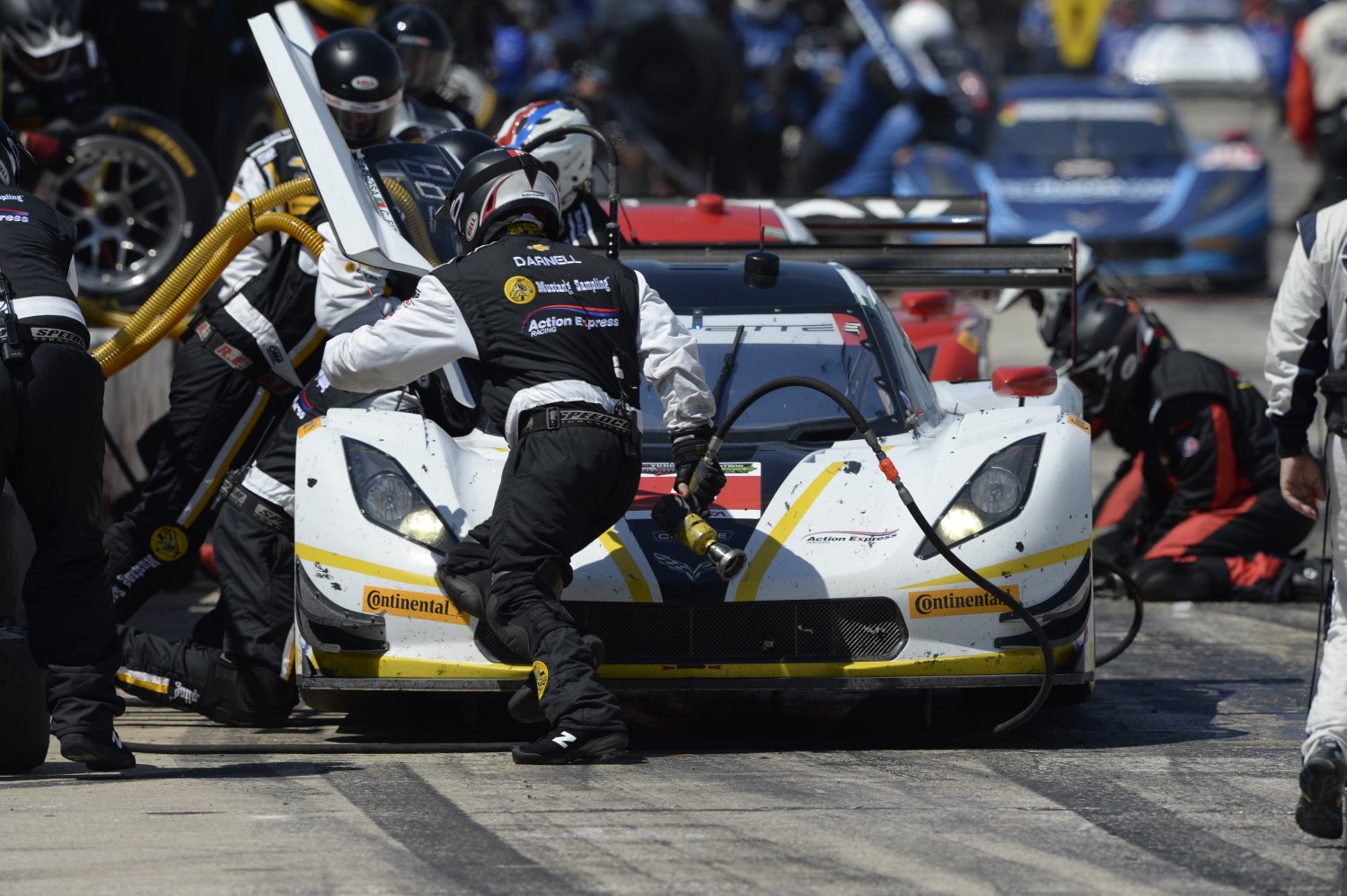 The 12 Hours of Sebring has 1-hour to go and Ricky Taylor has taken the Wayne Taylor Corvette DP into 2nd place behind the No. 5 Action Express Corvette and ahead of the Ganassi No. 01 Ford now driven by Scott Dixon.

Ricky Taylor is turning lap times slightly faster than Joao Barbosa trying to get their car unlapped so the France Family owned series can throw a NASCAR yellow to bunch them up for a close finish.

The No. 5 Action Express Corvette has now lapped the field with former IndyCar driver Christian Fittipaldi at the wheel ahead of Joey Hand in the Ganassi Ford and just 1-second behind him the Richard Westbrook Corvette DP.

Corvette DPs run 4th and 5th at the hands of Richard Westbrook and Dane Cameron.

Prototype Challenge continues to be led by the No. 52 PR1/Mathiasen Motorsports Oreca FLM09 of Tom Kimber-Smith.

Antonio Garcia leads GTLM in the No. 3 Corvette but they have yet to pit.

Jeroen Bleekemolen still leads GTD in the No. 33 Dodge Viper.