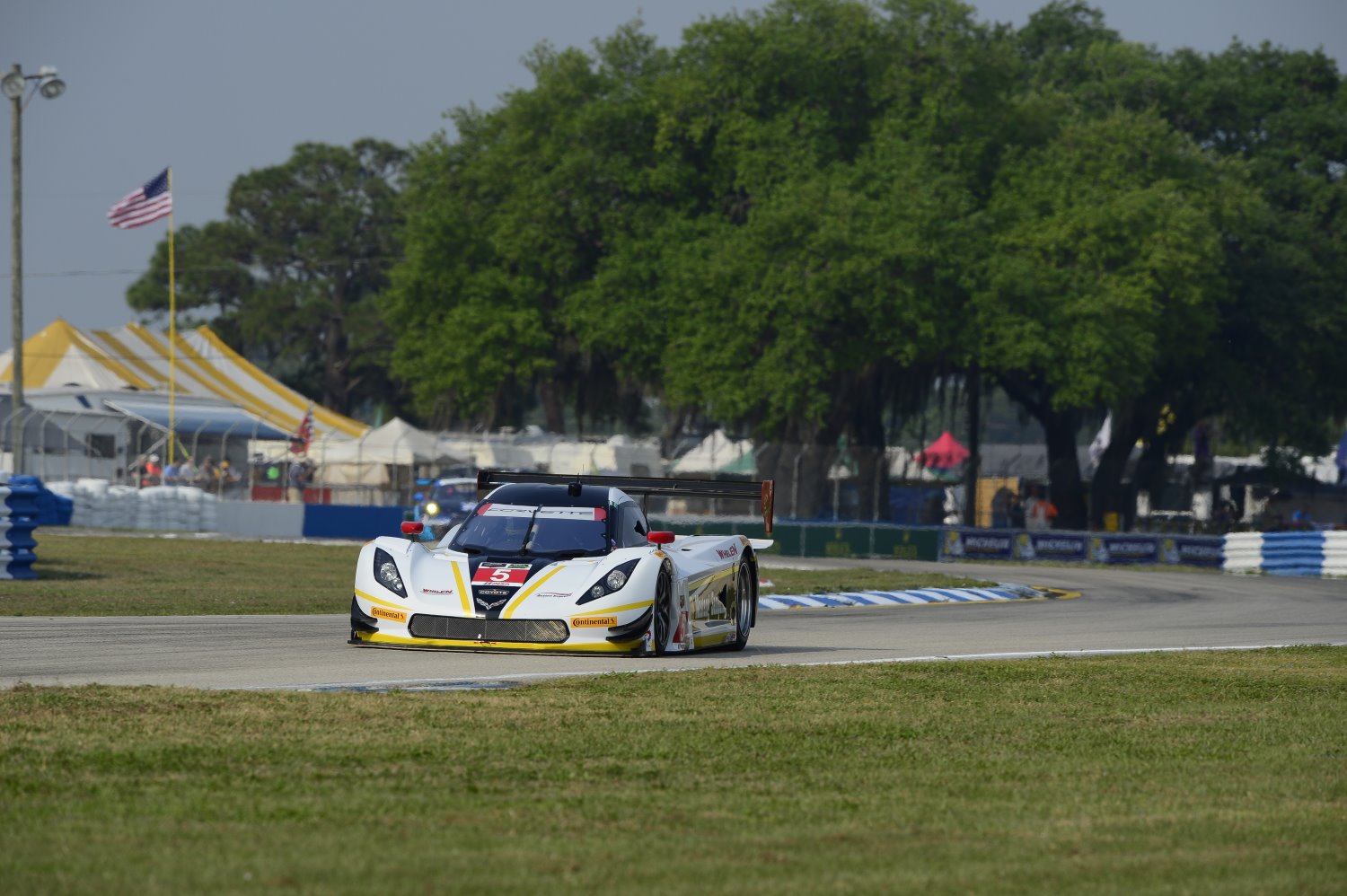 We have reached the 2/3rds point of the 12 Hours of Sebring and IndyCar driver Sebastien Bourdais is taking former NASCAR driver and now sports car ace Scott Pruett to school, driving 3 seconds per lap faster than the Ganassi Ford driver. The level of talent difference between the IndyCar drivers and sports car drivers is striking.

If not for caution flags the No. 5 Action Express Corvette would have lapped the field. With no recent caution flags Bourdais has now stretched the lead to over 1 minute as he buries Scott Pruett.

Nick Tandy in the No. 911 Porsche 911 RSR currently has the GTLM lead over Ryan Briscoe's Corvette.

OLIVER GAVIN, CORVETTE RACING CHEVROLET CORVETTE C7.R: The car was better and we seemed like we hit it a little better. We got a clean run with some traffic and could fight with the BMW and overtake them. There is still a long way to go. It was very hard in the heat of the day and with all the sun to try and make the tire last. There is still plenty that can still happen over the next few hours. We’ll see how it goes with Tommy in the car. We seem to be working the rear tire quite hard – harder than the sister car – which is quite frustrating. We’ll see where we are in the last couple hours. Hopefully if this stays we’ll be able to fight at the front.

JAN MAGNUSSEN, CORVETTE RACING CHEVROLET CORVETTE C7.R: That pit stop was really good, and I had a really good couple of stints. Antonio is back in, and we’re back in the hunt. We need to have another couple of hours and we can start to really push. It’s not like we’re relaxing out there; we’re still pushing out there but not taking the chances. It’s difficult to say (when we still start pushing harder). If it stays like this, then I think it will carry on like this except people will start taking more chances.

JOAO BARBOSA, ACTION EXPRESS RACING NO. 5 MUSTANG SAMPLING CORVETTE DP: Very tough conditions out there. It is very, very hot. The track is very slippery, but we have a great car on the long runs. I would say it is actually running a little bit better than it was. The temperature is going to go down a little bit to help us inside the car. It is very hot out there, but so far, we are where we want to be but there is still a long way to go."