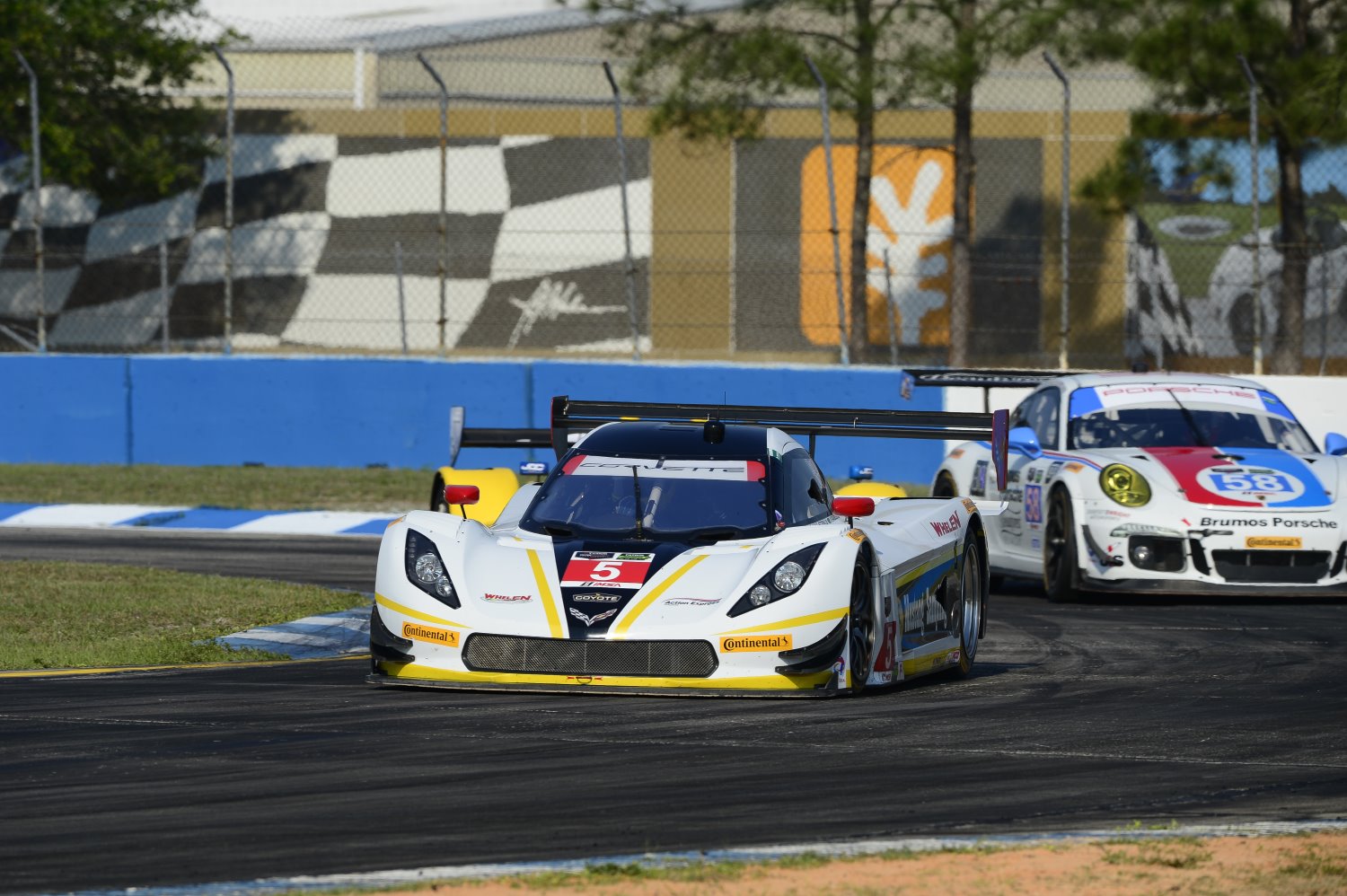 Sebastien Bourdais, in the No. 5 Action Express Racing Corvette DP, leads the 63rd Mobil 1 Twelve Hours of Sebring at the two-hour mark, with the race now under its second full-course caution.

Ozz Negri (co-driving with John Pew and Justin Wilson) was trying to pass Bryan Sellers in the No. 17 Team Falken Tire Porsche 911 RSR going through Turn 14, Negri clipped the curb on entry and spun into the tire barriers, with the car incurring significant left side damage and probably done for the day. Negri told AR1 that he is fine.

Meanwhile, the No. 57 Krohn Racing Ligier JS P2 Judd and No. 16 BAR1 Motorsports Oreca FLM09 collided on pit lane. The No. 16 car was issued a drive-through penalty for a pit traffic violation, per IMSA.