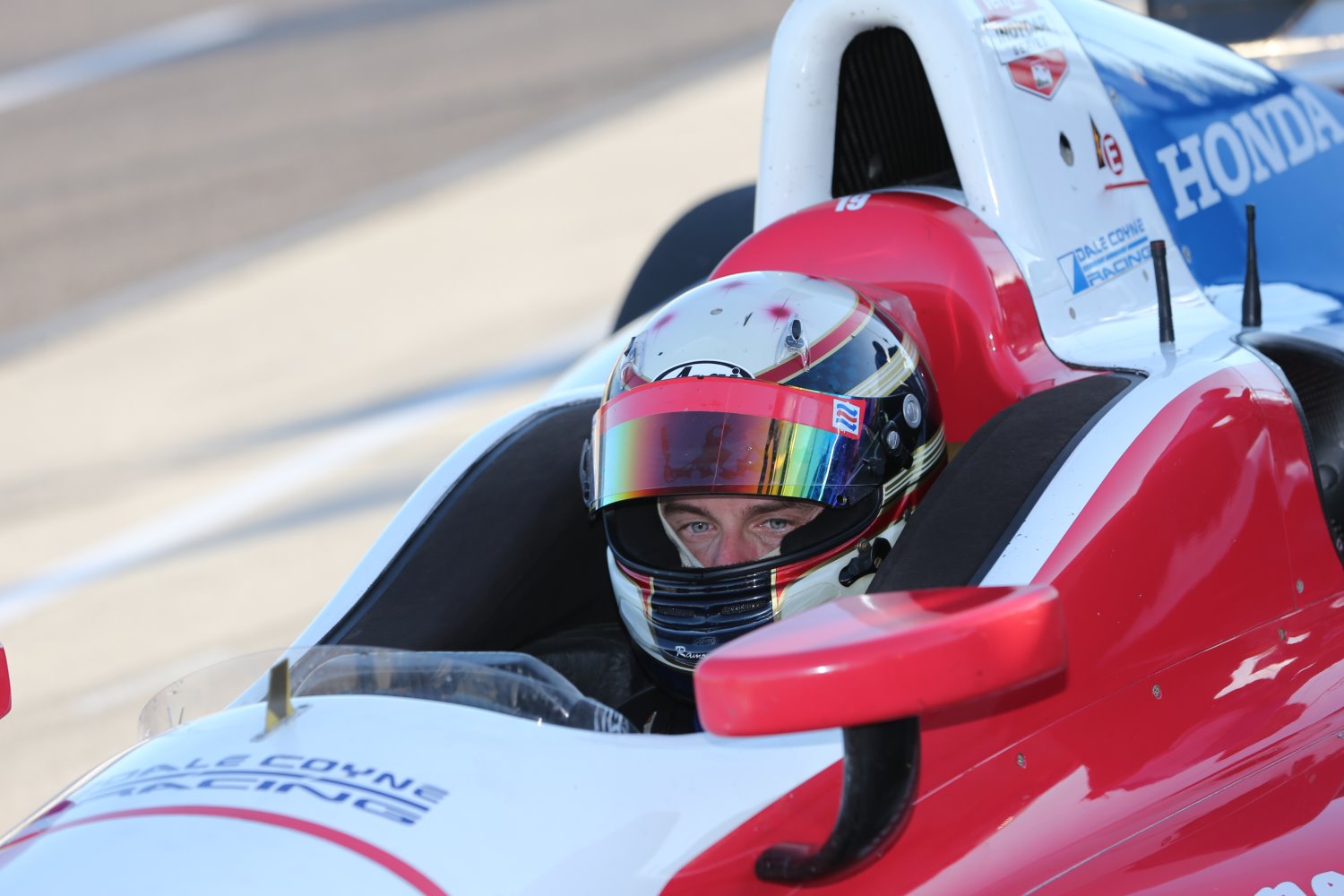 For what it's worth, we looked up Francesco Dracone's qualifying results from his two IndyCar starts with Conquest Racing in 2010.

At Sonoma, Dracone's qualifying time was 1:21.2262, more than four-and-a-half seconds slower than Power's pole time of 1:16.5282. Dracone did avoid being the slowest qualifier at Sonoma, as Milka Duno who started the Mid-Ohio but didn't post a qualifying, posted a lap of 1:22.298.

Anyway, the long and short of it is that for whatever reason, Dracone has not impressed in the limited IndyCar action he has seen thus far. And if his times from five years ago are any indication, we expect he will struggle, with or without, the Honda aero kit.

A reader asks, Dear AutoRacing1.com, Why was Francesco Dracone 4.5 secs off the pace at the 2-day Barber test? Does he belong in IndyCar? Barbara Duff

Dear Barbara, Due to the late signing of Dracone, the Dale Coyne team had to run Dracone without the new Honda aero package. To make matters worse, the floor still had the cutouts in it as mandated for this year. The results is that Dracone had 25% less total downforce than all the other drivers on a track (Barber) where downforce is a premium. He may not set the world on fire, but he will be much closer at the next test when he gets the new aero package. Mark C.