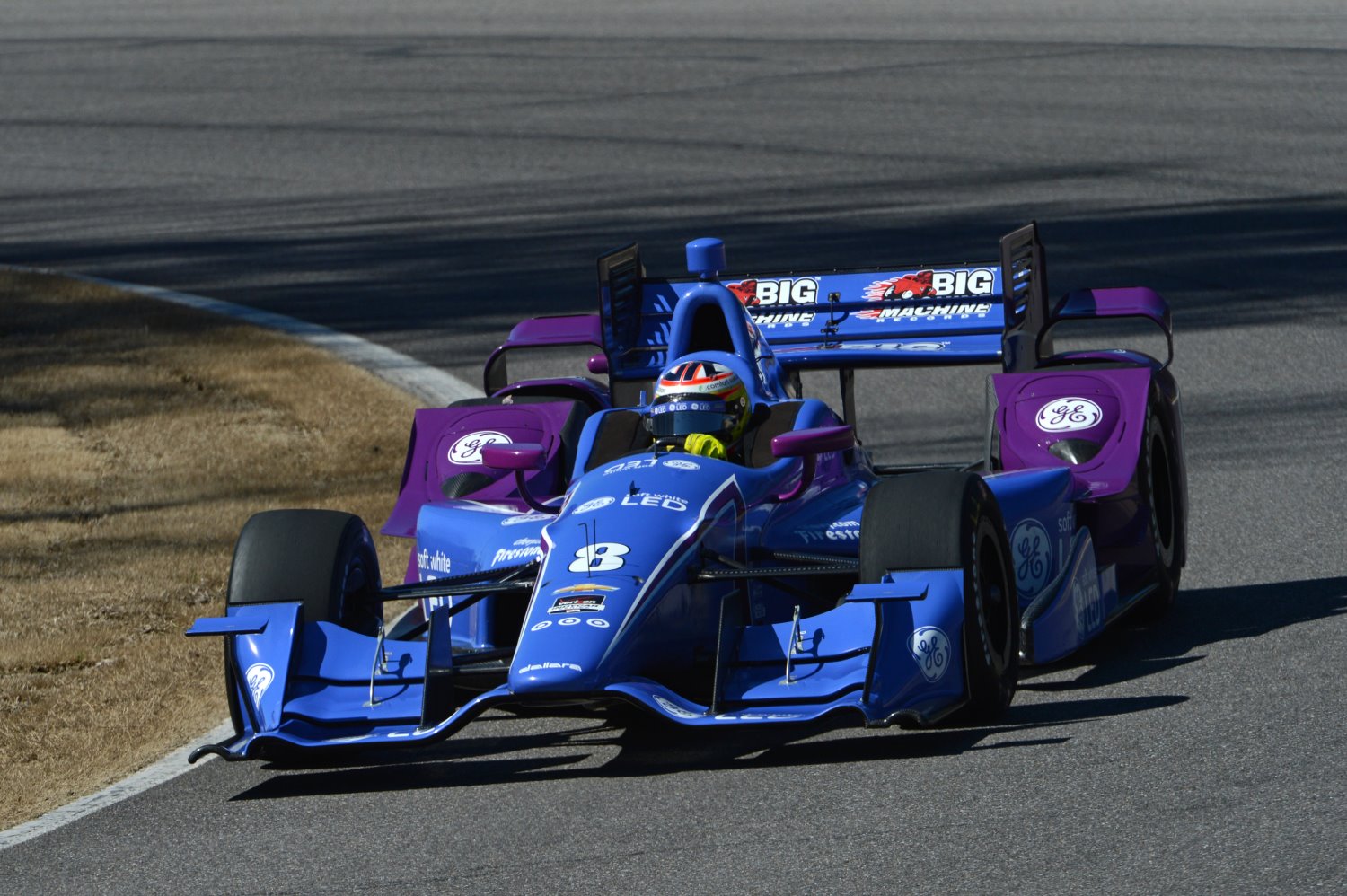 A top IndyCar executive told USA TODAY Sports on Tuesday that he'll ask Barber Motorsports Park to add a tire barrier where Sage Karam crashed Monday before the series returns to the track for a race next month.

Drivers complained Tuesday morning about the situation during their drivers' meeting, but Derrick Walker, IndyCar's president of operations and competition, said he'd already determined during a track inspection Monday that he would ask for a tire barrier in that area of the track.

"We need to put something there quickly, and 'quickly' is the tire barrier solution," Walker said. "Long-term, we're going to talk to the track about gravel in that area, because I think gravel is the better solution for these kinds of tracks. It will be a follow-up, but for the race, we'll go with the tires."

The track's manager, Mark Whitt, indicated the track will move on the request before the Verizon IndyCar Series holds the Honda Indy Grand Prix of Alabama at Barber on April 26.

"We never hesitate on any safety request," Whitt said. "Not only from IndyCar, but from our club events, as well."

Karam injured his right hand and wrist during a test session when his car slid off track and into a portion of Armco steel guardrail that isn't covered by a tire barrier. Much of the guardrail at Barber is fronted by stacks of tires bolted together and covered with a plastic tarp.

But some sections, like the area in which Karam left the course, don't have a tire barrier. A portion of the drivers' meeting Tuesday morning was spent discussing the issue with track and series officials.

"We talked about it," driver Will Power told USA TODAY Sports. "Without question, tires need to be put there."

Former driver Dario Franchitti, a consultant for Ganassi's team who's coaching Karam in his rookie season, said all exposed areas of guardrail should be covered by tire stacks.

"It's a fabulous facility, but I don't think there should be any unprotected Armco," Franchitti told USA TODAY Sports. "Certainly not in possible high-speed impact zones."

The crash and its damage — the impact was so violent it cracked the car's tub — plays to a larger safety issue about tracks the Verizon IndyCar Series visits. The oval tracks on the IndyCar schedule are equipped with SAFER barriers, but most of the road and street circuits are not — or, if they are, only cover portions of their walls with SAFER barrier.

Walker said the Turn 15 section of Armco was left uncovered by tire barriers because nobody envisioned a high impact in that area.

"This was not neglected," he said. "It was just never envisaged that coming down the hill a driver would lose it, come up the hill, go shooting across the grass at that extent and hit that Armco. I t was not envisaged that a car would do that anytime, but it did. That's what safety's all about. There's always another unique situation that requires more work."

Tracks are responsible for safety features and improvements at their facilities, but IndyCar can recommend upgrades. Often at issue is cost; it's considered cost-prohibitive to line every foot of road courses and temporary street circuits with SAFER barrier, but tire stacks are an inexpensive alternative.

Barber, which was built in 2003, was designed for motorcycle racing. With long straightaways and tight turns suited to motorcycles, it presents difficult run-off areas for larger, heavier and faster race cars.

"It's always tough when you're putting a track together to decide where padding should go," Power said. "Sometimes cars go places you don't think they're going to go. (The place where Karam left the course) looks like an unusual place to have lost it. It's a long corner, so maybe there should be tires or padding all the way around."

Karam, who returned to Indianapolis on Monday night, was treated at the track and released after X-rays were negative. However, he was not allowed to return to the track, and the car was damaged beyond repair. Chip Ganassi Racing officials said Tuesday that Karam was receiving further medical evaluation in Indianapolis, and the car had already been returned to the Ganassi shop.

"He's still upset that he made a mistake," said Franchitti, who texted Karam Tuesday. "He's missed out on a lot of track time, and he knows it. He's anxious to get back in the car."

Franchitti said Karam was on cold tires when the car bottomed out as he was climbing a hill leading into Turn 15, the center portion of a sweeping right-hander that gets progressively tighter. He skidded into the Armco with his hands off the steering wheel, Franchitti said, but the force of the impact sent his right hand back into the wheel, causing the injury.

"He'd never experienced (a car bottoming out) before, so it caught him by surprise and we saw the result," Franchitti said. "But he's a rookie. There are a lot of things he's going to experience for the first time this year, and that was one of them. He just pushed a little hard on cold tires, and unfortunately that's what happened. He's the kind of driver and person that only makes a mistake once."

Whitt said the facility and its owner, George Barber, don't look at any safety improvements as cost-prohibitive.

"We just look at where potential things happen and where (tire barriers) are needed the most," he said. "There are a lot of tire barriers around here. … We can add more. We've done thousands and thousands of them."

Coincidentally, Dr. Dean Sicking, who invented the Steel and Foam Energy Reduction barrier with a group of engineers while at the University of Nebraska in 2002, is now with the University of Alabama at Birmingham and maintains a test facility at Barber. He's considered an unofficial consultant at Barber, Whitt said, and his safety recommendations are heeded. More at USA Today