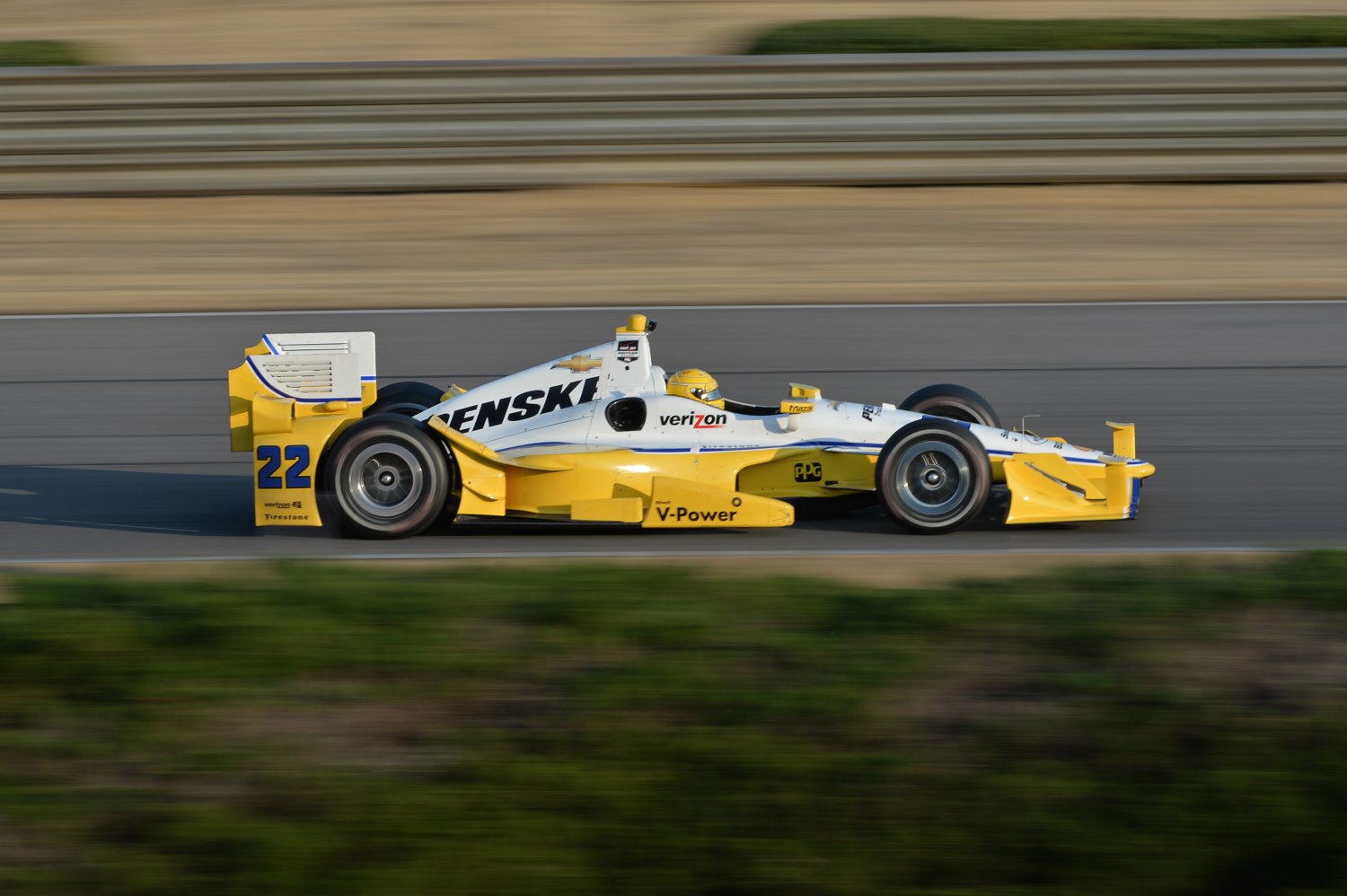 The Chevrolet IndyCar teams put the all-new Chevrolet Aero Kit through its inaugural paces during the first official Verizon IndyCar Series on-track test of the 2015 season.

The four Chevrolet-powered IndyCar organizations expected to field 12 cars in the season-opening race set for March 29 on the Streets of St. Petersburg utilized every minute of the two-day Promoter Test at Barber Motorsports Park to begin to build their notebooks on the Chevrolet Aero Kit for the start of the 16-race season.

"The Promoter Test at Barber Motorsports Park is always an exciting moment in the IndyCar season when our Chevy engineers get to see the fruits of their off season labor in the hands of our Team Chevy racing partners," said Chris Berube, Chevrolet Racing Program Manager for Verizon IndyCar Series.

"This year the culmination of multiple years of effort into the Chevrolet Aero Kit was rolled out during this two-day test and so far the results were in line with our expectations. Together with our teams, we learned more about the strengths and weaknesses of our road course configuration and engine installation. Looking forward to Race 1 at St. Pete where it really counts."

Will Power, the reigning Verizon IndyCar Series champion, driving the No. 1 Verizon Team Penske Chevrolet, posted the quickest lap of the two-day Verizon IndyCar Series test. Power, who has won twice at Barber Motorsports Park and was the Verizon P1 Award winner for the 2014 Indy Grand Prix of Alabama, had a best lap of 1 minute, 7.3118 seconds (123.010 mph) in the March 17 morning session.

Scott Dixon, who has finished second or third in the five races at Barber Motorsports Park in the No. 9 Target Chip Ganassi Racing Chevrolet, recorded the quickest lap of 1:07.4805 on March 16, and bettered it in the waning minutes of March 17 (1:07.3996) to place second overall. KV Racing Technology Chevrolet driver Stefano Coletti was quickest of the four rookies participating (1:07.5224), and third overall, in the No. 4 Chevrolet.

The first race of the 2015 Verizon IndyCar Series is set for March 29 on the Streets of St. Petersburg. Qualifying is set for Saturday, March 28 at 4:15 p.m. EDT. ABC will have a live telecast of the Firestone Grand Prix of St. Petersburg on Sunday, March 29 with pre-race at 3 p.m. EDT. The green flag will fly at 3:37 p.m. EDT. The IMS Radio Network brings the action live to fans. Both the radio broadcast and live timing and scoring can be found on www.indycar.com. Radio broadcast can also be heard on XM Radio 211/Sirius Radio 211.

TONY KANAAN (No. 10 NTT DATA Chevrolet): "I'm happy with our testing here at Barber and all the data we were able to get from multiple cars testing multiple things. We tried some things throughout today that worked and we tried some things that didn't work, but the things that didn't work are just as important as the ones that do. I can't complain at all about the Chevy aero kits and how they're performing on-track, and I'm looking forward to get back to NOLA next week and then onto the season opener in St. Pete."

SCOTT DIXON (No. 9 Target Chevrolet): "We spent the morning really chasing the changing track conditions today. The track was a lot hotter today compared to yesterday and we had to adjust to that with the Target car. There are so many variables with the new aero kits as well. We worked a lot on aero and tried to do as many things as we could with the tire allotment we were given here. Overall I think it was a good test for the Target team and I'm looking forward to coming back for the race here next month."

CHARLIE KIMBALL (No. 83 NovoLog FlexPen Chevrolet): "We had a really good day today with the No. 83 NovoLog FlexPen Chevrolet. We're just learning so much about the new Chevy aero kits every time we get back out on the track. The downforce and drag paired with the Chevy engine package, and then what we do with the mechanical setup has been really important and we're able to see what things work and what don't. We put everything we got from yesterday with our data from this morning and were able to get a pretty fast lap time this afternoon and finish up there in the top 10. We're pretty excited with where we ended the day today heading into testing next week at NOLA and then into St. Pete."

JOSEF NEWGARDEN (No. 67 Hartman Oil Chevrolet): "I think we got through a big list. That was the most important thing coming into this test. The aero kit was still an unknown to us as we haven't had a lot of time with it. We needed to try a bunch of things to figure out what we liked and we got through everything pretty cleanly. We had a little incident right before lunch, but we recovered well and still managed to learn a lot. I think we're in a pretty good position where we are at, we know what we need to do which is a comforting thought going into the season opener."

LUCA FILIPPI (No. 20 Fuzzy's Vodka Chevrolet): "Today we have tried many different setups. At the end we found something that I liked very much, so I was very confident with the car and was able to push and to have some consistent laps. The position on the timing sheet isn't great because we found the setup I liked just a little too late. We came here to learn the car, it was the first time for me with the new aero kit. I had to learn the circuit, which I have to say is a very tricky circuit. It took a while to understand everything, but now we can say we are ready for the road courses."