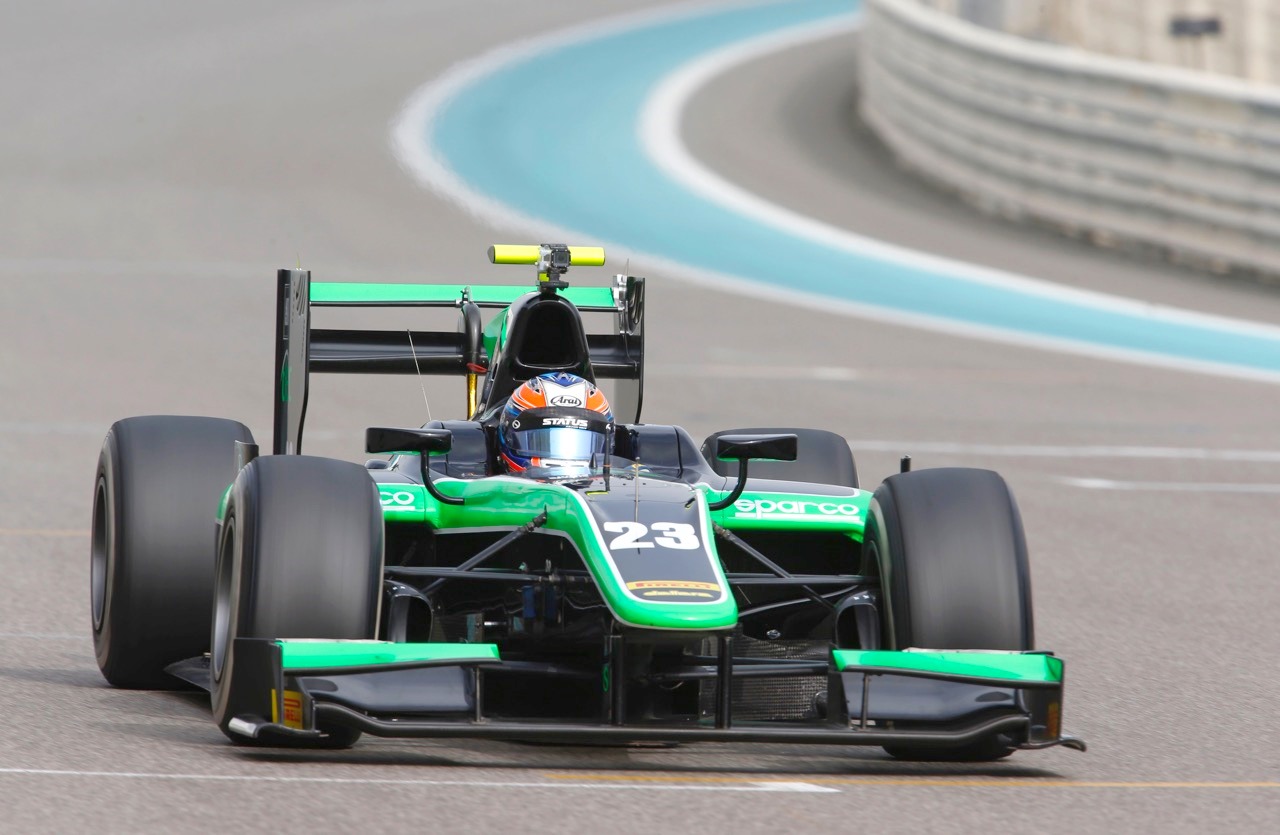 The final day of the pre-season testing at Yas Marina opened once again in windy conditions. Alexander Rossi was the first driver to feed onto the track, closely followed by teammate Jordan King, but it was Stoffel Vandoorne who was the early pace setter. The proceedings were halted within the first forty minutes after Artem Markelov stopped on track at Turn 7.

When the pitlane went green again, some drivers switched to super soft Pirelli tires and put their visor down. Raffaele Marciello was the first man to dip under 1m50s, but Mitch Evans bettered the Italian’s laptime to break the 1m49s barrier. Vandoorne went even quicker and set a laptime of 1:48.921 just as a second red flag period occurred courtesy of Evans who stopped at Turn 9.

The session restarted and on the one hour mark, Marciello improved again, enough to edge Vandoorne out of the top spot. Evans went back on track and was able to go even faster in a 1:48.850 and took control of the timesheet. At the halfway mark, Richie Stanaway went top with a laptime four tenths quicker and sat pretty at the head of the standings until the checkered flag dropped.

After a one hour break, the pitlane reopened for the afternoon session and Haryanto was the early pace setter. At the halfway point, Lynn went top, one tenth quicker than the Indonesian driver.

The proceedings were halted after Rossi went off track and lightly hit the barrier at Turn 8.

The session restarted with one hour remaining but there was another short interruption after Zoel Amberg stopped at Turn 14. The session resumed and Sirotkin found some extra pace to clock in a laptime of 1:49.158 and moved up to P1.

A final red flag stalled proceedings, courtesy of Markelov who stopped on the straight/finish line. At the restart, there were ten minutes left on the clock for a final shoot out and for the drivers to put their last set of super soft tires to good use, which is exactly what Pic did moving up to P2. A double yellow flag in sector 2 in the dying minutes however ruined any last attempt to shine as Sirotkin stopped at Turn 19.

The Russian thus remained unchallenged until the checkered flag, but thanks to his morning laptime, Stanaway finished the first pre-season test on top. The next test session will take place on April 01-02-03 at Sakhir International Circuit.