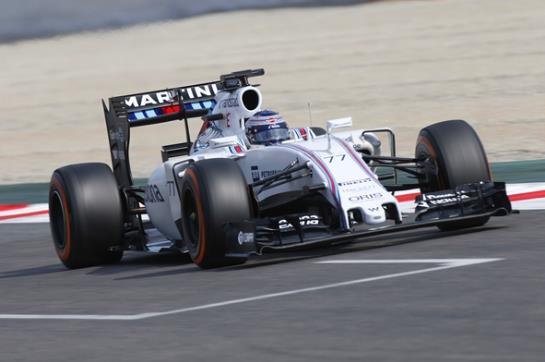 The traditional season-opener at the Albert Park Circuit in Melbourne is a fitting place to start the 2015 season. The part street circuit layout provides an interesting challenge for the drivers, with the late start time and setting sun making visibility tricky as the race unfolds. The laid back and knowledgeable Aussie fans always create an electric atmosphere, making this a popular destination for Formula One after a busy winter. Williams has won in Australia once, back in 1996, and after a very promising 2014 campaign the team will be looking to make a strong start to the season and signal its intent once again.

Rob Smedley
On the back of what has been a really good winter test where we met all of our objectives we are heading to Melbourne in a really positive frame of mind. Melbourne is always a really interesting race as there are so many unknowns. There are always a few surprises as the competitive pecking order is established. As it’s a street circuit the grip will develop and improve throughout the weekend. The car starts off with a lot of understeer on the dirty circuit and later in the weekend the rear tires can become the limitation. In the cooler conditions the front tire graining can be an issue too so we need to have done our homework on both scenarios for the race. We have been testing at circuits that don’t play fully to the strengths of the FW37 so we are looking forward to the first few races which should suit the FW37s characteristics more.

Valtteri Bottas
A new season and the first time we see where everyone is competitively. The weekend will be interesting but also important as we have to be able to have a strong start and make sure we gain the most from the weekend, especially as other teams improve. You never know how other teams will progress throughout the season, so points here are key. I like Melbourne, the first race is really when the gloves come off so qualifying will be an exciting session.

Being the first race, Australia is important and normally holds a few surprises. All of the hard work over the winter gets its first rewards here, but it can also show a sign of how much work is still to be done. It’s important to start well and give yourself potentially a head start over your competitors. Australia is a tough track though and the rear stability is important. I also hope that I personally have a better start to the season than last year!