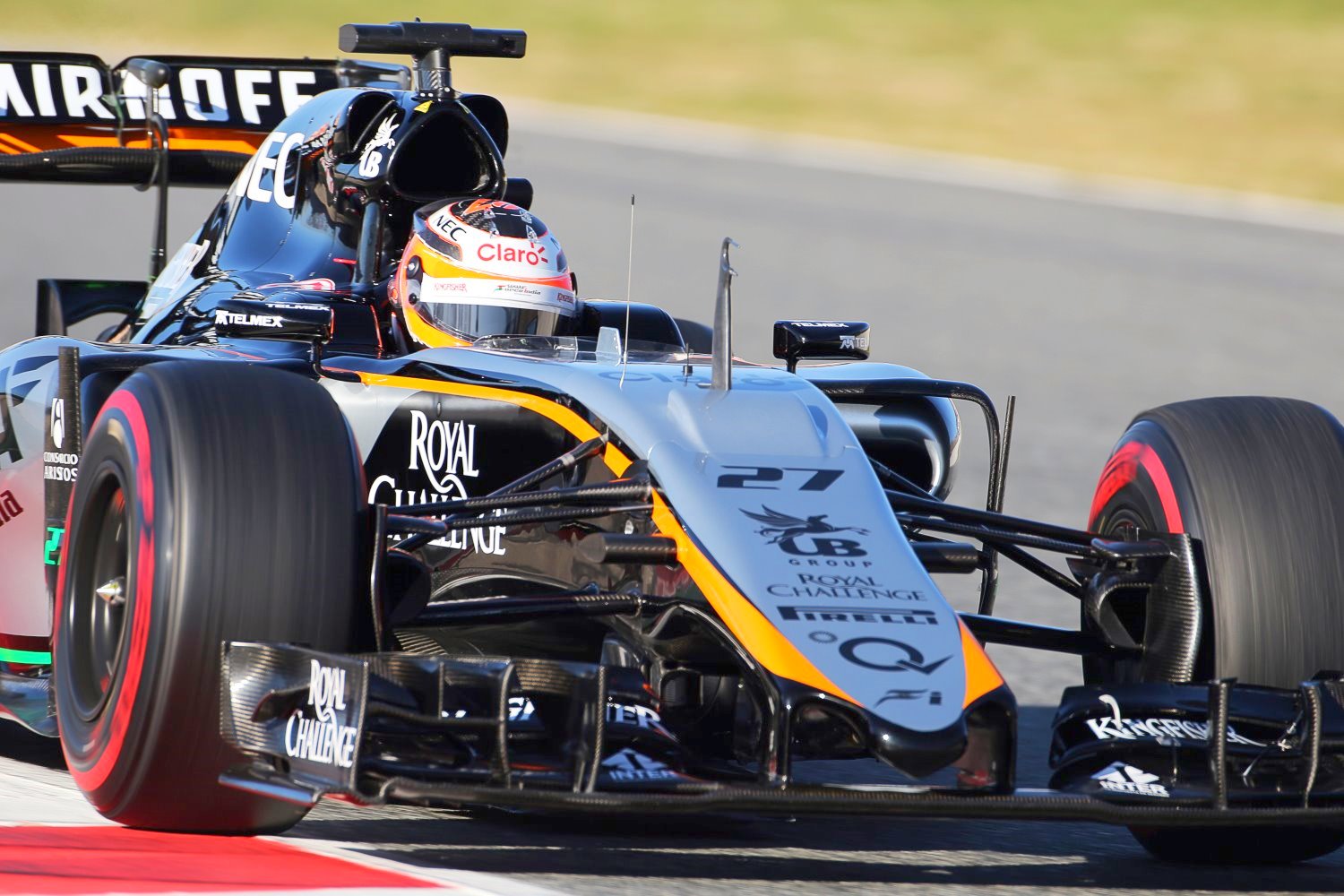 Sahara Force India looks forward to the opening round of the 2015 season in Albert Park, Melbourne.

Team Principal Vijay Mallya looks ahead to the start of the new season.

Vijay Mallya: "It's great to get back to the racing. Melbourne in March is the perfect place to begin the season and one of my favorite cities. It's also where the Force India story began eight years ago when we lined up on the starting grid of Albert Park for the very first time. Eight years and 131 races later, I feel very proud of the journey we've taken to establish our position in Formula One.

"We started our 2015 season in Mexico City six weeks ago when we launched our stunning new livery. I always thought the new colors would appeal to fans and I was very happy to see the VJM08 topping some polls on social media as the best looking car. The fans have spoken and they clearly have good taste!

"It's no secret that we have faced some delays and challenges over the winter, but we've put that behind us and can now focus on the racing. When the VJM08 appeared in Barcelona it ran reliably from the very first moment and didn't miss a beat during its 365 laps. To deliver such a solid performance out of the box was a fantastic achievement from everyone in the team and will stand us in good stead for the first race.

"As for our hopes in Melbourne, it's difficult to make a prediction. In terms of mileage we are clearly behind the other teams so there is some ground to make up. Equally, the performance work we could do in Barcelona was quite limited. Until we run in qualifying trim and race conditions it's hard to know where we are in terms of competitiveness. What I do know is that we will give it our best shot to come away with a result."

Nico Hulkenberg talks about the challenge of Albert Park and how much he enjoys visiting Australia.

Nico: "The first race of the season is always a special occasion: a race you really look forward to for a long time. You have a new car to push to the limit in race conditions for the first time, you are often working with new people in the team and it's the first occasion to spend a race weekend with them: there is always a lot to keep you excited in addition to the regular weekend activities. As a driver, the first race is very interesting – we are as curious as anybody to see where everyone really is compared to the others.

"Albert Park is a pretty nice track and a great venue to start the season. There are plenty of interesting corners, but if I had to pick my favorite part of the lap I would choose the section between turns nine and twelve in sector two – the slow chicane leading to the straight and that fast left-right combination. It's a track with a few good overtaking spots – turn three and 13, the right-hander after the back straight, come to mind. A lot depends on how the tires are degrading because being on different strategies can open up new opportunities. Having good downforce is essential and is the main priority when setting up the car.

"I haven't been very lucky in Melbourne in the past, but I have very good memories from last year's race. We finished sixth in our first race with the VJM07 – and considering that I had never managed to finish more than one lap in Australia until then, that was a quite welcome development! It was a very good race and I hope we can have another one this year.

"The Australian Grand Prix is a great event, not just for the race, but because of the city and the public. I really love Melbourne and Australia in general. The vibe of the whole country is great; the people are friendly and it's one of my favorite places to visit. I am also very fond of Sydney: I often go there for a couple of days before the race weekend and I have a lot of friends there. I really enjoy the cool and relaxed Australian lifestyle."

Sergio Perez gets ready for Melbourne and the start of a new season.

Sergio: "The Australian Grand Prix is one of my favorite races because it's one of those events in which everything comes together: the excitement of a new season, a great track and a fantastic city.

"Albert Park is a special circuit and it's great to get back to action on such a challenging track. Even though it is classified as a street circuit, it doesn't really feel like one – there are only a few corners in which you get close to the walls. Driving on it, it feels like a permanent track, although if you make a mistake you realize pretty quickly how close the walls really are!

"There are many difficult corners and it is not easy to get a perfect lap here: turn one, in particular, is very technical and difficult also because you can't really see the apex. It is a great feeling to get that corner right. In terms of set-up, you are mostly looking for front end grip and it is not easy to find the right balance for the car.

"Melbourne is the place where I had my first Formula One race. That's a great memory that will stay with me forever. It's my best memory from Melbourne so far, but I hope to refresh it with some new memories soon!

"Australia is a great place to start the season. It's one of the most beautiful countries in the world and the people and the weather make it a great place to visit. It's just a shame it is so far away from my home because it's definitely one of my favorite places. Every time we come here for the race, we also get to do some very cool activities: I once went to see the koalas and it was fantastic. I remember this experience very fondly and I definitely think the koala is my favorite Australian animal."