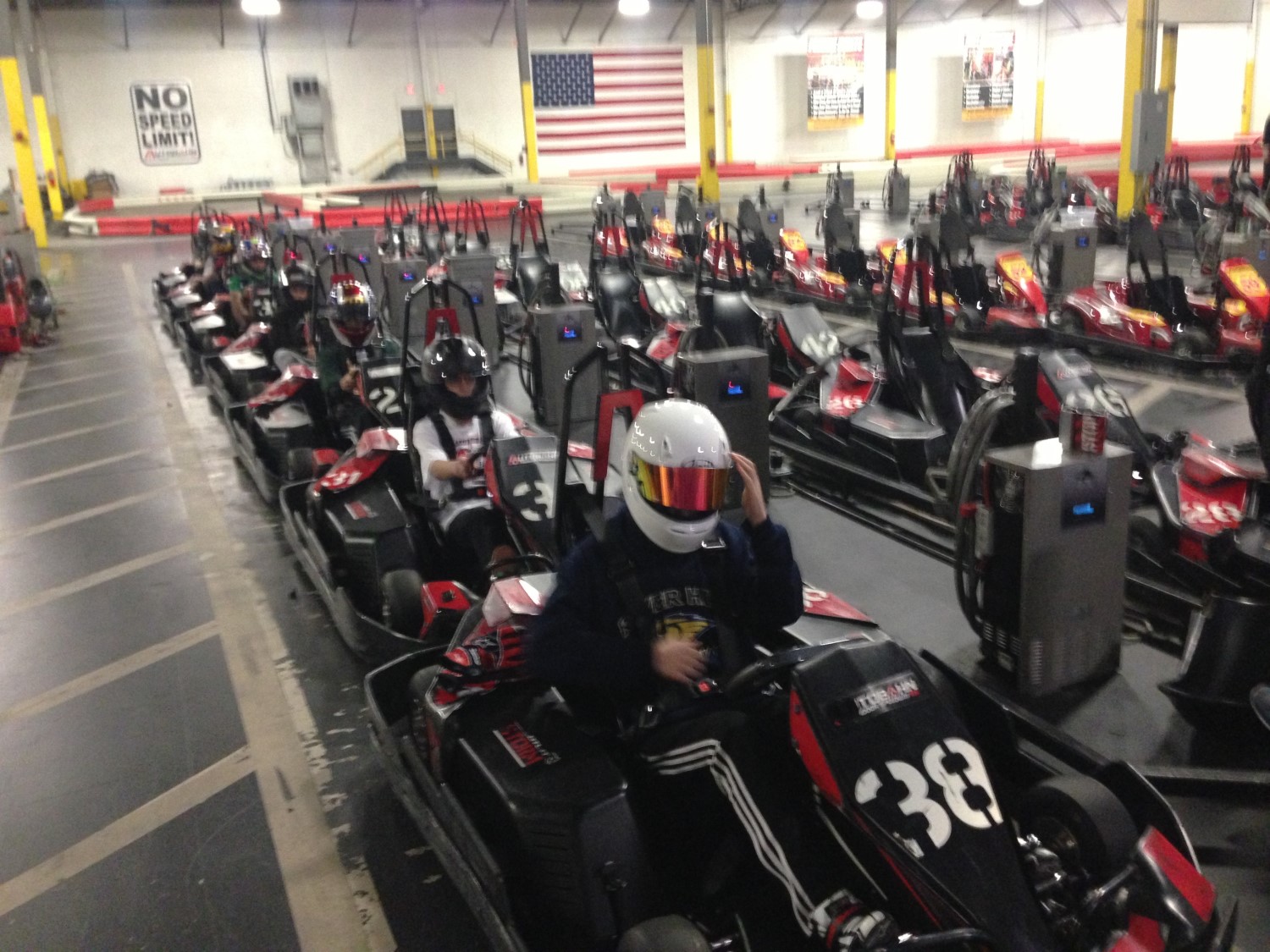 Earlier in the evening Punsalan secured pole position with a blistering qualifying lap of 18.38 seconds on the Le Mans Circuit at Auto Club Speedway, good enough to edge Jemicy School's Brendan Stern by three-hundredths of second. Stern, who had won the first two rounds of the MD Varsity Karting championship would start the A-Main second alongside Punsalan with Jackie Ding of Sandy Spring Friends School third.

At the drop of the green flag, Punsalan got away quickly from the line and lead the field into turn 1. Ding, who was able to out brake Stern in the tricky turn 1 left-hander, slotted into second. Stern stuck on the outside fell back to fifth, as Thomas Gunther of Wye River and Leonidas Williams of Baltimore Lab School also got by.

From there, Punsalan was able to establish a gap of more than a second over Ding, leading every all 12 laps en route to victory. Ding recorded his second second-place finish of the season, while Williams rounded out the podium in third.

Punsalan referenced his quick start as the key to securing the win. "Once turn 1 is over and you've established a gap, if you're smooth and don't make any mistakes you're going to be fine," said Punsalan.
Perhaps, the most exciting racing of the evening took place in the B Main. With pole sitter Kela Amin of Howard High School and Laurent Williams of Baltimore Lab waging an intense battle for the lead in the opening laps, Jemicy School's Conor Patro was biding his time in third.

"I thought they were going to battle it out with each other, "Patro told AutoRacing1." Then I saw an opening and shot through it." Patro was able to go from third to first, and hold onto take his second B-Main victory of the season.

The final race of the season will take place next Tuesday on the Monaco Circuit at Autobahn Speedway. Jemicy enters the finale with a one point lead over River Hill, and four point edge over Sandy Spring. Baltimore Lab sits fourth 17 points behind Jemicy.