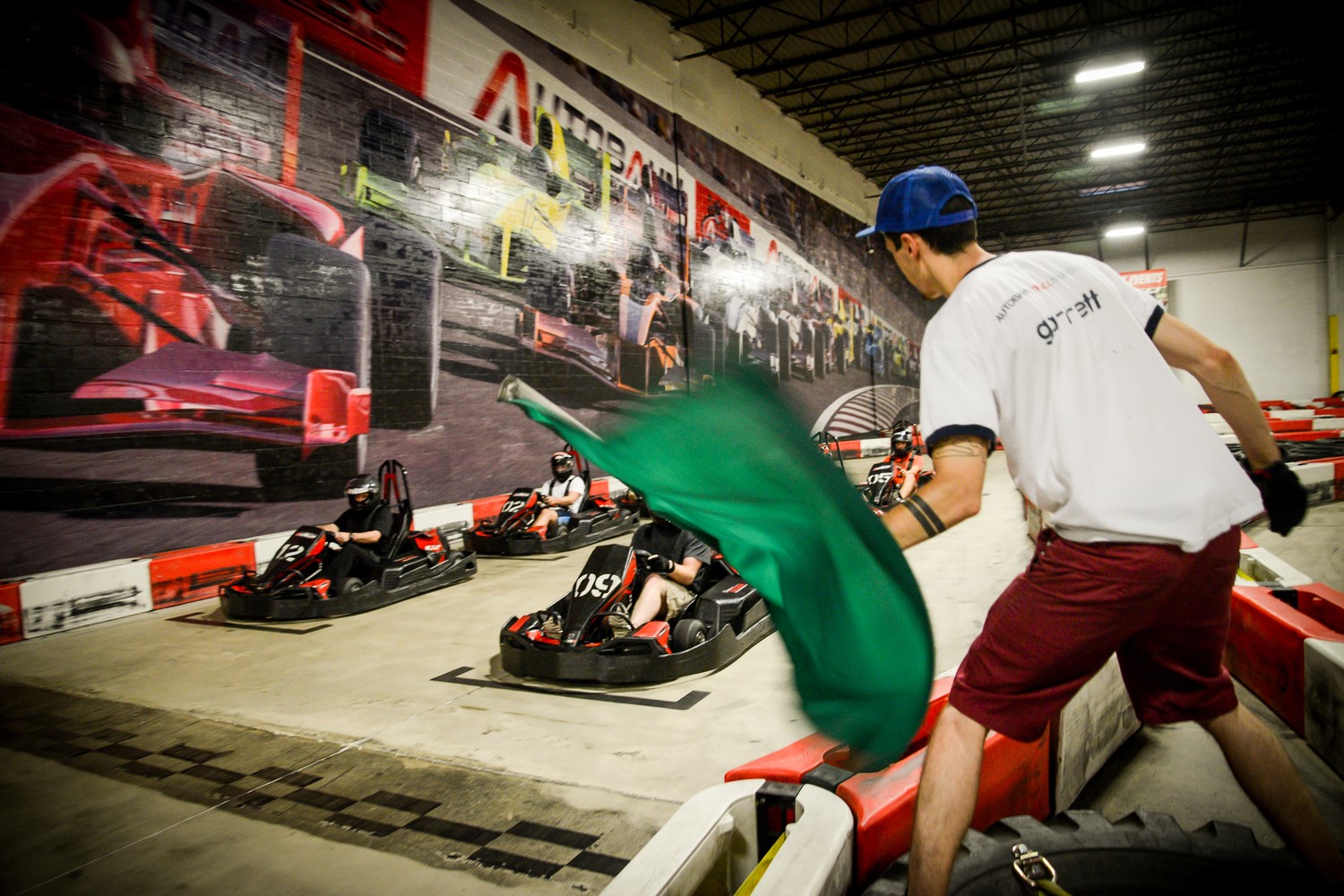 With a blistering 18.36-second lap on the Autobahn Speedway Le Mans Course, Stern edged out River Hill's Zack Spicer for pole position prior to the race. Ding, who has competed in Skip Barber formula cars, would start third.

When the green fell, Stern jumped out to the lead, while Ding got past Spicer into the tight turn 1 left-hander. From there, the Sandy Spring driver began to apply relentless pressure on Stern. When asked if he was ever nervous about surrendering the lead to Ding, Stern told AutoRacing1 columnist Brian Carroccio, "a little bit; he had a lot more speed than me on the outside."

Ding actually did get past at one point, after light contact between the two. However, clinging to a tight inside line, Stern was able to repass the Sandy Spring driver two corners later, on his way to a flag-to-flag victory.

Perhaps, the most impressive drive of the evening came in the B-main. Kelam Amin started the B-main in fifth position after a disappointing qualifying effort. However, Amin would come through the field in the short 15-lap race to take the checkered flag. R.J. Connally, who started fourth and overtook two cars at the start finished second.

Laurent Williams of The Baltimore Lab School won the C-main from pole position.

Overall, 21 drivers from 11 schools competed Tuesday in this unique scholastic racing championship. League director Jordan Wallace noted that he was happy with the event, in particular the quality of the competition and clean driving of the competitors. Wallace noted that all drivers in the A-Main were within a second of each other in qualifying. Also, in a combined 45 laps over three heats there were only two 'local' yellow flags. Otherwise it was clean and green the whole way.

Race 2 of this inaugural season will be next Tuesday February 10th on the Monaco Circuit at Autobahn Speedway. Below are the final driver results from the race.