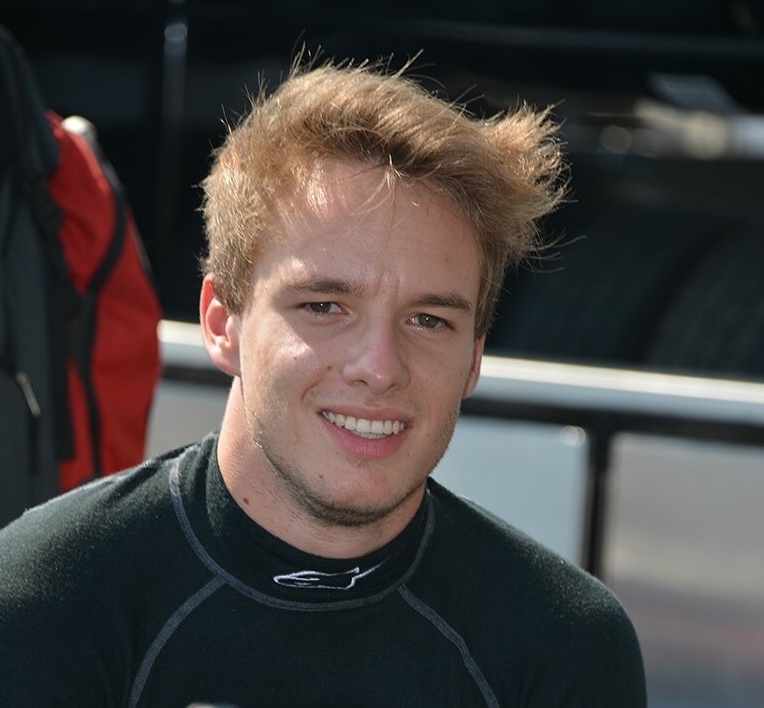 After a debut season that saw the squad score a major race win, four podiums and take fifth overall in the Cooper Tires USF2000 Championship Powered by Mazda driver standings, Afterburner Autosport is pleased to announce the return of Brazilian standout Victor Franzoni to the tent for the 2015 season. The 19-year-old will tackle his second season on the opening rung of the Mazda Road to Indy, armed with new confidence and significant race experience. With a year under his belt, one that featured impressive success, Franzoni will certainly be a driver to watch in 2015.

"We're thrilled to have Victor back with us for the new year and I think that his return speaks to the fact that our team developed steadily throughout last year's campaign," offered Tim Walsh, Afterburner Autosport Team Principal. "Victor got us our first USF2000 win and he was in the hunt all year, as a rookie. Coming back for his sophomore season, we all have exciting expectations for taking a run at the championship."

Franzoni will work with noted IndyCar and open wheel formula car engineer Stefan Dwornick, who joined Afterburner Autosport midway through the 2014 season. As part of the Mazda Road to Indy, the USF2000 series pushes young drivers up a steep learning curve and Franzoni adapted quickly and became one of the most impressive rookies in the program last year. He will enter the new season with great optimism and high expectations.

"I'm very excited to start the season," admitted Franzoni. "Last year was very good for me and now that I know the tracks, this will help me a lot during the race weekends. Racing with Afterburner once again is a pleasure for me, as we have a very good relationship and I am assured knowing that they are working hard to prepare for the new season, so this makes me very happy and confident for 2015."

Franzoni showed great adaptability from the get-go in 2014, finishing on the podium at all three of the track configurations offered on the USF2000 schedule. Victor was victorious in the opening round of the calendar on the concrete-lined temporary street circuit of St. Petersburg, and then followed this up with podiums on the natural flowing road course at Barber Motorsports Park and the banked 5/8-mile oval at Lucas Oil Raceway. He also found the podium on the road courses at Indianapolis Motor Speedway and the Mid-Ohio Sport Car Course. His adaptability will serve him well in 2015, armed with new knowledge and a baseline of comfort.

The opening three rounds of the USF2000 Championship 'off-season' Cooper Tires Winterfest Series will begin on February 19-20 at NOLA Motorsports Park in New Orleans, but ahead of that outing, Afterburner will be at Palm Beach International Raceway on Sunday, January 25 and at Homestead-Miami Speedway on Wednesday, January 29 for official series tests. Franzoni will return to the team's paddock to begin work on the new season. The likeable Brazilian will be joined by two young kart racers who were awarded USF2000 tests through the Mazda Road to Indy / MaxSpeed Driver Advancement Program. Florida's Oliver Askew and California's Christian Brooks will each spend time behind the wheel of an Afterburner USF2000 car to get a feel for the program.