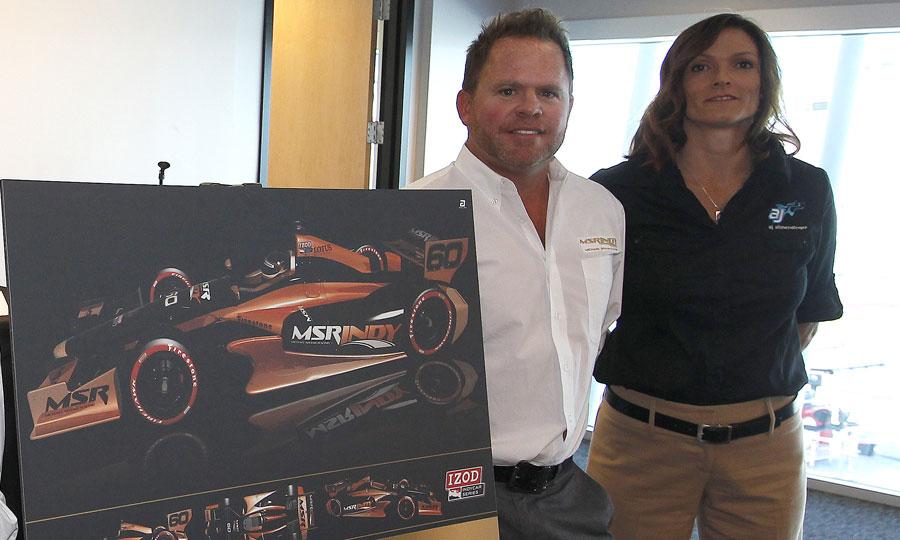 Pataskala, Ohio (22 January 2015) – With a new car and motor package, a revised driver line up, and new and returning commercial partnerships, Michael Shank Racing with Curb/Agajanian already has 2015 off to a flying start before the first green flag of the season has even flown.

The Ohio-based team has now added even more momentum ahead of the 2015 IMSA TUDOR United Sports Car Championship season as the 2012 Rolex 24 winning squad at Daytona has confirmed that Tire Kingdom Service Centers will be the title sponsor on the No. 60 entry in the Rolex 24 At Daytona on January 24-25 and then again at Sebring International Raceway in the Mobil 1 12 Hours of Sebring on March 21.

Tire Kingdom Service Centers Â®, founded in West Palm Beach, Florida in 1972, provides a broad range of automotive maintenance and tire services in retail locations throughout Florida, North Carolina, South Carolina, Georgia, Alabama, Louisiana, and Vermont. A brand of TBC Corporation, Tire Kingdom is known as a trusted name in the automotive aftermarket due in large part to their trained and certified ASE technicians, exceptional customer service, and state-of-the-art equipment.

The No. 60 Tire Kingdom/Curb Records Honda-Ligier JS P2 will be driven by John Pew, Ozz Negri, NASCAR driver AJ Allmendinger, and Matt McMurry, who is set to become the youngest-ever prototype driver in Rolex 24 At Daytona history.

"We are excited to sponsor Michael Shank Racing for the Rolex 24 at Daytona and the Mobil 1 12 Hours of Sebring", TBC Chief Marketing Officer Scott Stoughton said. "These are both very big races that carry an international reach. Mike Shank's team obviously knows what it takes to do well in these long races and we could not be more excited to be involved."

After Michael Shank Racing made the off-season move from Daytona prototype machinery to the Le Mans-capable OnRoak Ligier platform with Honda power, the team impressed with its pace in early testing and is optimistic about the possibility of a strong performance to kick off the 2015 season.

"I'm very excited to have Tire Kingdom come on board with us for our first race with this new car", said Shank, who earned championships as a driver before moving to focus on car ownership. "There has been a ton of hard work that has gone into being prepared to support an effort like this and I'm very happy to have it all come together in time for the start of the season in Daytona."

The team will take to the 3.56-mile infield road course at Daytona International Speedway for practice and qualifying on Thursday, January 21, with the 24-hour race set to go green at 2:10 PM on Saturday, January 24 with FOX network bringing live national coverage starting at 2:00 PM ET. Follow @michaelshankrac and @sundaygroup on twitter for in-race updates.