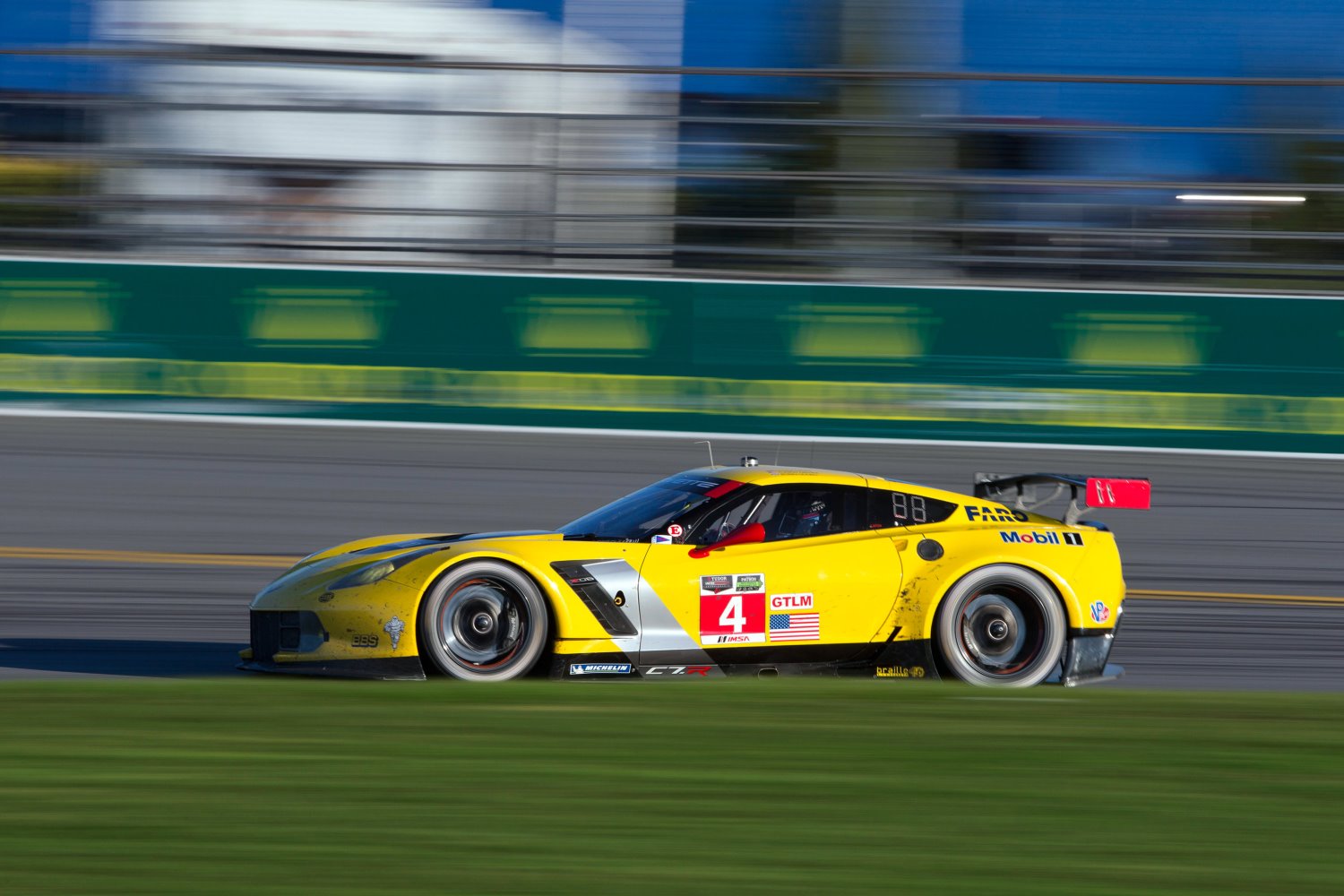 This week, Oliver Gavin heads to the world-renowned and evocative Daytona International Speedway in Florida for the first major endurance race of the year – the 2015 Rolex 24 at Daytona (22-25 January).

Gavin begins his 14th consecutive season under the multiple championship-winning Corvette Racing banner with the 53rd running of the twice-around-the-clock endurance classic, which serves as the opening round of the 2015 TUDOR United SportsCar Championship (TUSC).

The 2014 Daytona event was something of a voyage of discovery for Corvette Racing with the all-new Chevrolet Corvette C7.R making its competition debut, although the car ran competitively and spectacularly led the GTLM class well into the race; a highlight of what was a learning year for the New Hudson-based outfit.

Having clocked up countless miles in the three-day 'Roar Before the Rolex 24' test earlier this month (9-11 January) following two productive outings at the end of last year, there is an air of quiet confidence within the Corvette Racing camp and a deep-rooted desire to win.

Gavin, from Northamptonshire, England, will once again be partnered with his 2012 American Le Mans Series (ALMS) co-Champion, Tommy Milner, and this proven Anglo-American mix of experience, youth, fitness and determination will be bolstered further by Frenchman, Simon Pagenaud, who joins the line-up for Daytona and the 12 Hours of Sebring (18-21 March).

"The Rolex 24 at Daytona is one of the biggest sportscar races in the world and you don't get much bigger in the United States," said Gavin. "It's the race that starts the year and it's the one where everybody gets a bit caught out, because the race season is only just starting again and there are lots of new people, cars and setups, with some strange driving. As a result, you always have to be 100 per cent prepared and on your toes. Of course, none of this is new to me and, while I tried to de-tune a little over the Christmas period, I used the Roar test to switch myself back on, get back up-to-speed again and understand what we need to do with the car. The good thing is this is Corvette Racing's second year with the C7.R and we have done a lot of development and racing over the last 12 months.

"Some Balance of Performance (BoP) changes were implemented just prior to the Roar test and the team has had to go away and study that data to understand which direction we need to go with the aerodynamics, engine, restrictors and tyres, taking into consideration the uniquely cool conditions we usually experience at Daytona. The guys at Corvette Racing have been crunching the numbers to ensure we optimise the package for the BoP. It's hard to get an accurate read on where we stand during testing, but the target for us is always to win and I think we have a genuine shot."