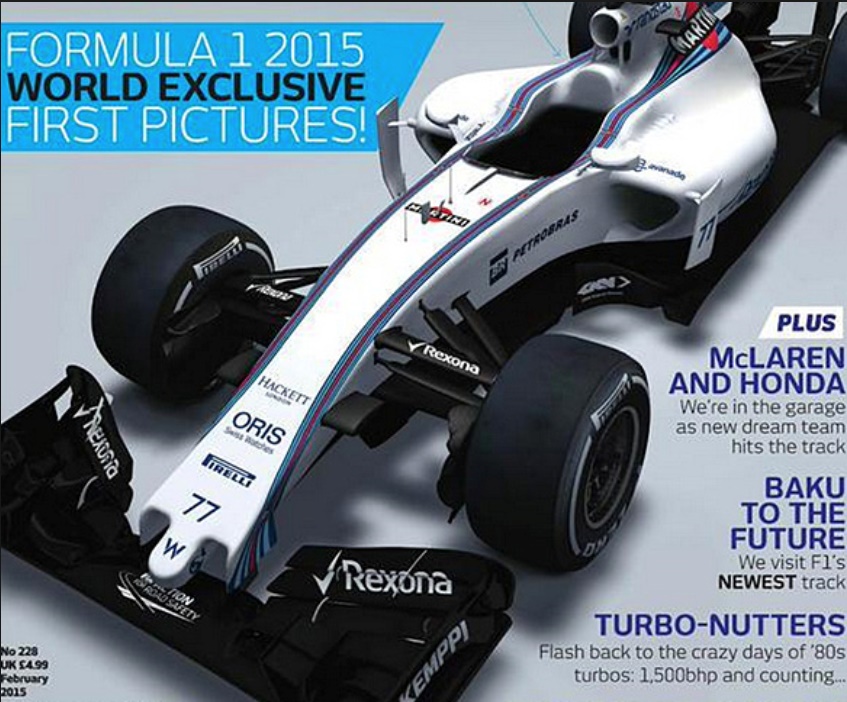 (GMM) Williams has given F1 fans an early glimpse of its new car, as the once-great British team eyes a return to the top step of the podium in 2015.

The Grove outfit was the surprise of last season, bursting up the ranks from ninth in 2013 to third in 2014, and now singled out by Toto Wolff as perhaps Mercedes' greatest threat.

And she also told Esquire magazine: "We're here in formula one to win, and we didn't win a race last year.

"So clearly one of our ambitions is to win races and then to build on the progress that we've made and to get closer to the frontrunners, close that gap and one day fight for another world championship," Williams added.

On Tuesday, the team announced on Twitter that the Mercedes V6 installed in the back of the new FW37 was fired up for the first time, just over a week before official testing begins at Jerez.

And Williams has given the world an early glimpse of the 2015 car, with a rendered picture on the cover of the latest edition of British magazine F1 Racing.

The cover can be seen here.