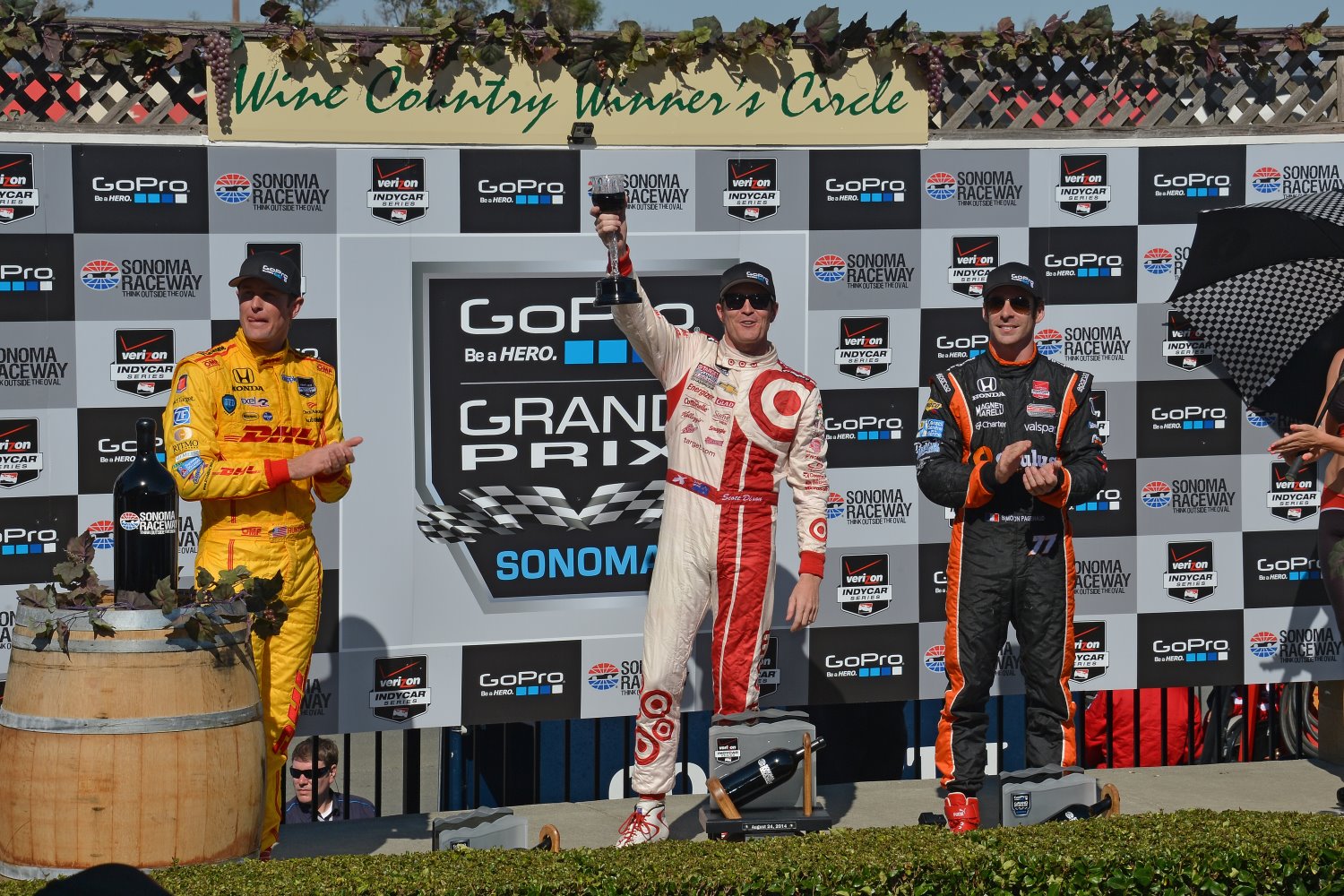 A Verizon IndyCar Series competitor has co-driven the winning overall entry in the Rolex 24 At Daytona the past four years. Click here for the full story on past winning competitors.

"The 24 kind of kicks off the year and has become part of my calendar," said Hunter-Reay, the reigning Indianapolis 500 winner and 2012 Verizon IndyCar Series champion. "I always look forward to it before the start of the (Verizon IndyCar Series) season. It definitely helps you get in race shape after a long layoff."

Drivers who competed full time in the 2014 Verizon IndyCar Series (* Indianapolis 500 only) entered in the sports car race with class in parentheses:

The Verizon IndyCar Series team co-owner drove from the sixth starting position to win one of the two D feature races on Jan. 15 to advance to the C feature. Despite moving from 13th place to sixth, she fell two positions short of a transfer.

On Jan. 17, Fisher placed fifth in the second 10-lap I feature (the top four advanced to the H feature) in the No. 67 RW Motorsports car.

"I've been so lucky to be a part of the Chili Bowl Nationals. With Hartman Oil, RW Motorsports, and an incredible group on this team, I've had the best opportunity in some great equipment," said Fisher. "I owe thanks to so many people who made this happen for me, especially my husband Andy, whose birthday just happens to be (Jan. 17). It's extremely competitive and just a blast to be a part of. Count me in for 2016."

For the full story on Fisher's first Chili Bowl, check out IndyCar.com.

"Allen has been a vital part of HPD, virtually from the start of the company, " St. Cyr said of Miller's selection. "His management skills, diverse racing background and extensive experience will be a huge benefit for HPD and our racing efforts in the Verizon IndyCar Series, the Pirelli World Challenge, and endurance sports car series."

"I am very honored to receive the FIA Americas Award," Herta said. "I have been privileged to work with and have the support of so many talented people throughout my career in and out of the cockpit and I will take this opportunity to recognize and thank all of them. And thank you also to the Skip Barber organization for the nomination, without the opportunity the Skip Barber Race Series provided me as I began my career none of this would have been possible."

Herta competed in Indy Lights in 1993 and competed full time in Indy car. Bryan Herta Autosport has been a race-winning team in Indy Lights and Verizon IndyCar Series competition since its formation in 2009, including winning the 2011 Indianapolis 500 with driver Dan Wheldon.

Gabby Chaves, the 2014 Indy Lights Presented by Cooper Tires champion, also was recognized at the event for his accomplishments in the top rung of the Mazda Road to Indy.

More information about Racing For Cancer's impressive donations to cancer research facilities can be found on the INDYCAR Blog.

6. Of note: Pro Mazda Championship Presented by Cooper Tires and Cooper Tires USF2000 Championship Powered by Mazda teams will test Jan. 25 at Palm Beach International Raceway in Jupiter, Fla., before moving to Homestead-Miami Speedway for testing on the road course Jan. 28. Indy Lights Presented by Cooper Tires teams will test on the HMS road course Jan. 26-27 and on the 1.5-mile oval Jan. 29…. Andretti Autosport owner Michael Andretti said that his son, Marco, will likely compete in the Miami and Long Beach (Calif.) rounds of the FIA Formula E Championship this spring. He made his series debut in Argentina earlier this month. Read more on the latest notes here.