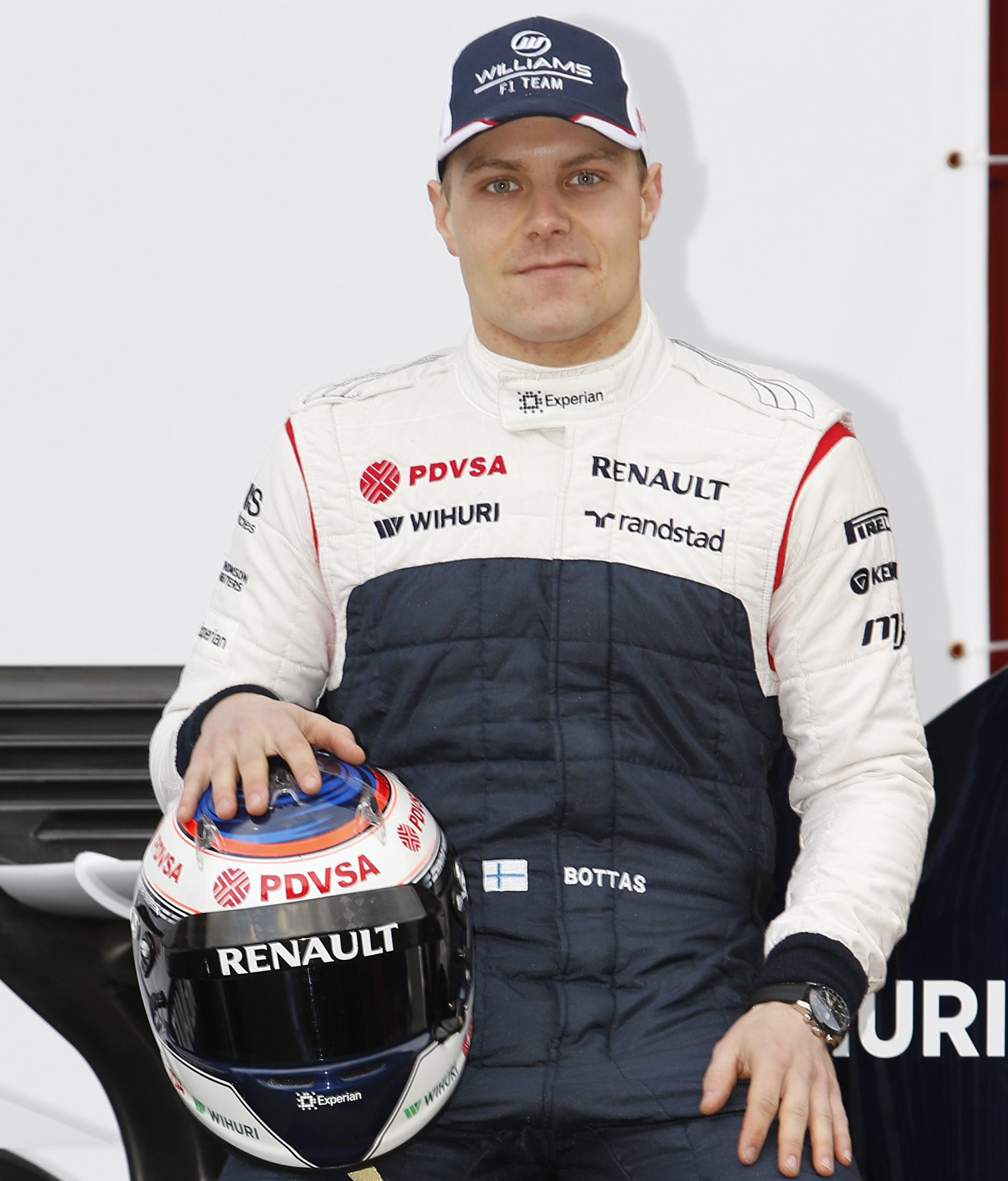 Porsche rules out F1 project
(GMM) Porsche has ruled out entering formula one.

"I think having big manufacturers coming in and supplying engines makes a lot of sense," he told Autoweek and F1 business journalist Christian Sylt.

But the marque's head of research and development Wolfgang Hatz has told Auto Motor und Sport: "Formula one has never been an issue for us and won't be.

"Le Mans is a more attractive environment for us — there are more and more competitors and we learn more about the production of road cars," he added.

2016 rules would have stopped Schumacher return – report
(GMM) The FIA's new super license points system would even have locked Michael Schumacher out of F1.

Apparently reacting to the controversial debut this year of 17-year-old Max Verstappen, the sport's governing body will clamp down hard on the qualifications for the mandatory F1 driving credential in 2016.

But as the details of the license points system for junior categories emerged this week, some calculations show that many of the sport's top names would have fallen foul of the FIA's tough new criteria for experience.

Writing in Germany's Auto Motor und Sport, correspondent Tobias Gruner calculated that someone like Nico Hulkenberg, having won F3 and GP2 titles, would have collected almost three times the necessary 40 points for his F1 debut.

But Daniel Ricciardo, on the other hand, would have seen his 2011 debut denied, despite collecting experience in Formula Renault, F3 and the World Series.

Also locked out of F1 at the very beginning of their careers would have been the highly-respected veterans Kimi Raikkonen and Jenson Button, who went on to win world championships.

Gruner added: "And since a DTM title counts for nothing, former Force India driver Paul di Resta also would not have got his super license."

And if the 2016 system had applied at the end of 2009, the great seven time world champion Michael Schumacher would not have been allowed to return to F1 the following year for Mercedes, Auto Motor und Sport continued.

"Theoretically," said Gruner, "the record world champion would not have qualified for a super license."

In 2014, the duo's tussle for the title boiled over to the extent that Briton Hamilton said he and Rosberg, who he has known since boyhood, are "not friends".

This week, however, team chairman Niki Lauda declared that the feud is now over, and German Rosberg appears now to have confirmed that sentiment.

"Have a great party! This day is good for me. You are old now, so hopefully it will be easier for me this year," Rosberg added, concluding his 'tweet' with a smiley.

Last week, team boss Toto Wolff caused a stir when he said Spaniard Alonso, who has just joined McLaren-Honda, tops the shortlist in the event that Hamilton's negotiations to extend his contract beyond this year ultimately fail.

But triple world champion Lauda, who was instrumental in luring Hamilton from McLaren at the end of the 2012 season, now insists the talks with the newly 30-year-old Briton will result in a new contract.

"I'm not worried," he is quoted by SID news agency. "Both sides want to renew, so it will happen.

"We are in no hurry," Lauda added.

It has often been suggested that her move into F1 was powered by her marriage, as Austrian Wolff is the boss of Williams' engine supplier Mercedes, and he remains a minor co-owner of the Grove based team.

But Toto Wolff told France's Auto Hebdo: "Susie is a small woman with a big character, who was at Mercedes before I was.

"When I took an interest in HWA (Mercedes' DTM team), she was already in the DTM.

"What makes me a little sad is that I am aware of doing more harm than good to her career that she built up long before she knew me.

"I often hear her described as 'the wife of Toto Wolff', which is fundamentally unfair. There are advertising contracts that she cannot conclude because of me and the conflict of interest.

"She has had, and still has, a lot of compromises in terms of her career because of me," he added.

"She is the test driver at Williams because she did a good job behind the wheel, not because I was a shareholder. At first it was a marketing idea to have a woman, and the only one at the required level was Susie.

"The team tested her and she went well.

"In DTM, because she was not at the front, people made comments without knowing how the sport is organized also with drivers who are in less competitive cars.

"But when she was competing directly with David Coulthard and Roberto Merhi, she was at their level. And when testing with Williams, she has shown that her level is excellent," Wolff added.

The Woking team lost its title backer Vodafone at the end of 2013, and raced throughout last season without naming a replacement.

And now as the new works Honda era dawns, Boullier has been quoted by Russia's f1news.ru as saying McLaren is still not desperate for a title sponsor.

"Even without a title sponsor, McLaren is profitable," the Frenchman said.

"Therefore, we are not in a hurry to announce a title sponsor, as we want to make the right choice. It should correspond to the level of the team," Boullier added.

Symonds: Bottas will be a champion
Bottas spent his rookie F1 campaign at the back of the field as the Williams proved uncompetitive in 2013.

But the Finn was one of the stars of last season with the revitalized Grove team, finishing on the podium six times on his way to fourth place in the drivers' standings.

Symonds is convinced about Bottas's potential, and he reckons the 25-year-old is championship material.

"I'm really impressed with him," said Symonds. "He's very bright and he's very quick. He doesn't make many mistakes and when he does he learns from them.

"He's got a great personality and he's a real team player and I'm absolutely convinced that he's got the potential to be a world champion.

Symonds says it is not just Bottas's speed that makes him remarkable, but the other attributes that combine to make him championship caliber.

"It certainly isn't just one thing," he added. "It's not about being quick as that's almost a given and there are plenty of people who are quick but are never going to win the world championship.

"It's the intelligence, it's the application, the thinking about things, the hard work that is put in, the attention to detail… Those sort of things will win him the championship.

"I just would really, really, want that to be in a Williams car and it would be a great story." Yahoo Eurosport UK

Caterham administrators won't finance testing
Caterham's administrators have said that they will not fund the team to attend the first pre-season test of 2015 if a buyer is not found in time.

Caterham entered administration last October, made over 200 staff redundant and missed two races, but returned in Abu Dhabi partly thanks to a crowd-funding effort.

Administrators Smith & Williamson allowed the team to race at the final round of the 2014 season and remained in Abu Dhabi for two days of testing afterwards, with youngster Will Stevens behind the wheel of the CT05.

But joint administrator Henry Shinners says that they will not fund the team to attend the pre-season test in Jerez between February 1 and 4 and acknowledges that time is running out.

"Talks with interested parties continue, but if a buyer is not found before the test, we will not put up the money to go," Shinners told BBC Sport.

"I wouldn't rule anything out but if we reach the first race in the same position, the chances of saving the team are virtually nil. We need to start moving in the next few weeks if a deal is going to get over the line."

Haas: It would be insane to join F1 grid as constructor
Gene Haas says it would be "insanity" to join the Formula 1 grid as a constructor, following the collapse of the Caterham and Marussia teams.

Haas says he no longer expects F1 supremo Bernie Ecclestone to allow start-up teams, and is confident that his approach will yield better results.

"Our business model in Formula 1 is based on our NASCAR race team where we use other people's engines and chassis," Haas told Autoweek.

"If Caterham doesn't come back there are going to be nine teams so we will be the 10th team and I don't think Bernie is going to allow start-up teams any more.

"If we prove that we can be successful maybe that would be a model of how you start up. But, to have someone like Caterham and Marussia, where they just started with nothing, that just doesn't work.

"Marussia and Caterham really accomplished a lot for what they had: to start a whole team, design your own car and the machine parts. They really did fulfill the idea of being a constructor by building the complete car. [But] I look at it and say it is insanity.

"I don't see how you learn. If you want to become a doctor, you have got to spend 10 years going to medical school. You've got to learn from somebody. That's why we have partnered with Ferrari."

Although the team is based in North Carolina, Haas says staff will soon start work in the UK, after reportedly acquiring Marussia's former factory.

"We are moving right ahead and in January we are going to start having a few employees in the UK," he said.

"We have to start ordering all of our haulers and trailers by around February or March as they need six months to build them. We have got a lot to do."