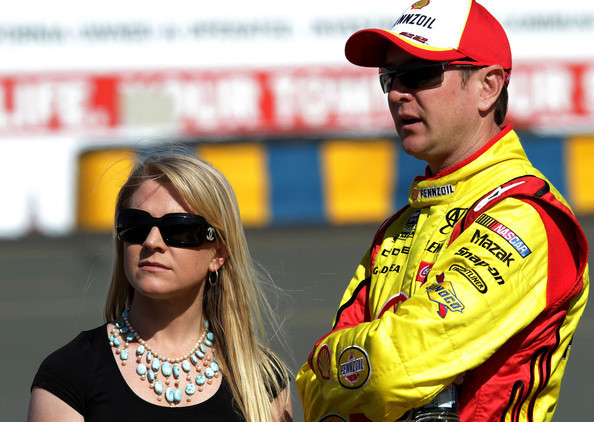 The police investigation into allegations that NASCAR driver Kurt Busch assaulted his ex-girlfriend is complete and has been forwarded to Delaware prosecutors to decide whether charges will be filed, authorities said Tuesday.

The Dover Police Department finished its investigation into allegations against Busch, 36, but an agency spokesman declined to say whether investigators were recommending that he be charged. The spokesman, Cpt. Mark Hoffman, declined to release the report.

The Delaware Attorney General's Office has the investigation and is in the process of making a decision, acting spokesman Joe Rogalsky said. He declined to discuss timing.

Busch's ex-girlfriend, Patricia Driscoll, says Busch choked her and smashed her head into a wall three times inside his motorhome at Dover International Speedway in September.

Busch's attorneys have denied the allegations.

At a hearing earlier this month, Busch said Driscoll came to his motorhome uninvited and unannounced, one week after he broke off their relationship. He said she demanded that he tell her son to his face that their relationship was over and that he repeatedly told her to leave.

Busch said that after asking Driscoll to leave for the fifth time, he cupped her cheeks, looked her in the eye and said: "You need to leave."

"I was defusing the situation," Busch testified at the hearing, held at Driscoll's request for a no-contact order.

Driscoll testified at the hearing that she feared for her safety.

"I don't know what he's capable of doing," she said.

Busch's attorneys have portrayed Driscoll as a scorned woman out to destroy his career. Driscoll runs a small Washington, D.C.-based defense consulting firm and is president of the Armed Forces Foundation, a nonprofit for veterans. Fox Sports