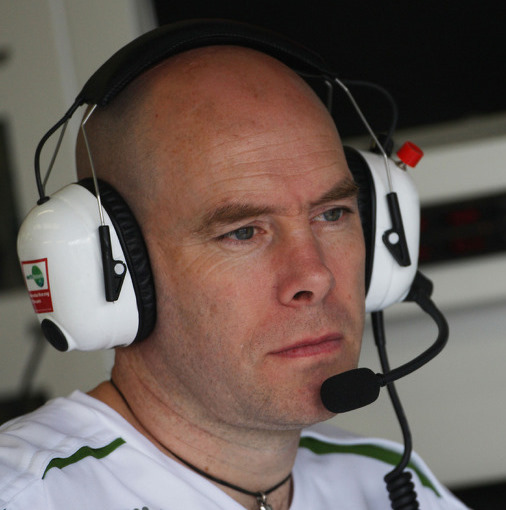 Ecclestone, Walsh, Montezemolo join F1 board
(GMM) F1's owner CVC has made three notable appointments to the sport's executive board.

After escaping jail in the wake of the Gerhard Gribkowsky scandal, chief executive Bernie Ecclestone has finally resumed his place at the table.

"I'm on the board," the 84-year-old confirmed to Forbes' Christian Sylt last week. "It doesn't make any difference to what I do."

A more notable appointment is Paul Walsh, after the former Diageo chief earlier walked away from becoming the new chairman.

He has taken on the role of non-executive director, having met Ecclestone last week.

"Maybe he'd like to do a few more things," Ecclestone told Bloomberg on Thursday, "but it's difficult to have two captains on the ship. I told him what I wanted."

Perhaps the most surprising announcement, however, is that Luca di Montezemolo has returned to the board for 2015, despite his ousting as Ferrari president.

Germany's Sport Bild claims the re-appointment follows a period of behind-the-scenes wrangling, in which his Ferrari successor Sergio Marchionne "prevented" Montezemolo from becoming the new board chairman.

As for Walsh, Times correspondent Kevin Eason wrote: "Whether he is in position to be moved in to replace Ecclestone when the time is right remains to be seen."

De la Rosa could join Alonso in Ferrari exit
(GMM) Pedro de la Rosa has refused to comment on whether he will be following his countryman and friend out of Ferrari.

It is rumored that, with Esteban Gutierrez and his Mexican backers arriving at Maranello to be 2015 reserve, Spaniard de la Rosa might return to McLaren to complement Fernando Alonso's new Honda-powered era.

De la Rosa, 43 and a former long-time McLaren test driver, would also be yet another high-profile Ferrari departure as the beleaguered Maranello marque sweeps its old era clean.

He said at a Santander sponsor event this week: "I'm sorry, but I cannot talk about it.

"I don't know what I'm doing yet," de la Rosa is quoted by Speed Week.

"I am used to nibbling on my Christmas nougat without knowing what I am doing the next year," he smiled.

When asked what his preference would be for 2015, de la Rosa said tellingly: "I like to work with the best — with champions.

"Do not forget that Sebastian Vettel is also a world champion," he noted.

Racing under the protective pseudonym of 'Mick Junior', 15-year-old Schumacher has had a successful formative karting career to date.

But Osterreich newspaper reports that in the last days, he has made his single seater debut with a day of 'secret testing' in a Formula 4 car at Valencia.

"Mick is certainly talented," team boss Peter Mucke said, "but you cannot say absolutely that a good kart driver will be fast in a formula one car."

He added: "It is no good only having a great name as a driver, you have to be fast. After a day of testing, no assessment of Mick is possible yet."

Osterreich suggested that this week's F4 test was actually a prelude to a possible single seater debut for Mick Jr in 2016, following another season of karting.

Manager Sabine Kehm said: "I don't want to say anything."

"We thank Jock for his work and wish him well and all the best for the future," international media quote a spokesperson as saying.

The confirmation follows reports in the German press this week that Briton Clear, who engineered Jacques Villeneuve's title in 1997 and worked alongside Michael Schumacher until 2012, is heading to Ferrari.

"After leaving Mercedes, Clear cannot now work in formula one for a year," the German newspaper Bild claims.

It is expected, however, that Ferrari will want Clear to begin work shortly as the fabled Maranello marque completes its sweeping personnel shakeup.

The Italian team will therefore have to reach an agreement with Mercedes so that Clear can move into a role that reportedly will be similar to the one vacated by the newly-ousted Pat Fry.

Mercedes man Clear would, then, work in 2015 alongside another new Ferrari recruit Sebastian Vettel, who hails from Red Bull.

Vettel's old team boss Christian Horner said this week: "We're going to see Sebastian in red which is going to be a bit different and weird for the first few races.

"I think we're set for a fantastic season. Fernando Alonso in McLaren … again. I think it's going to be a season of change," he predicted.

New Sauber passes FIA crash tests
Sauber has confirmed that its 2015 Formula 1 chassis, the C34, has passed the first stage of the FIA's mandatory crash tests.

It is the second team to clear the tests, required before a car hits the track, after McLaren's MP4-30 met the standard last week.

Sauber enters the new season with an overhauled driver line-up of Marcus Ericsson – who has switched from Caterham – and GP2 graduate Felipe Nasr.

Nasr chooses 12 as race number
Felipe Nasr has confirmed that he will race with number 12 when he makes his Formula 1 debut with Sauber in 2015.

Nasr, who finished third in this year's GP2 Series, confirmed on his Twitter page that he would use 12 as his number throughout his Formula 1 career.

Under Formula 1 regulations, drivers must select a number between 2 and 99, with 1 reserved for the reigning World Champion.

Nasr's fellow rookies, Toro Rosso pair Max Verstappen and Carlos Sainz, confirmed earlier this month that they would use 33 and 55 respectively.

Ferrari tire chief to leave at end of year
Ferrari tire performance chief Hirohide Hamashima will leave the team at the end of the year, as the Scuderia continues to make structural changes.

Hamashima joined the Maranello-based marque in early 2012, heading up the department that deals with the interaction between cars and tires.

He was previously the director of Bridgestone's tire development, overseeing the Japanese brand's lengthy spell in Formula 1 between 1997 and 2010.

The news of Hamashima's exit comes shortly after confirmation that Pat Fry and Nikolas Tombazis are to depart, with James Allison taking on greater responsibility.

Ferrari finished fourth in this year's championship standings, failing to record a race victory for the first time since the 1993 campaign.

Nielsen officially departed Toro Rosso at the end of last week, with Williams subsequently confirming him in a new Sporting Manager position.

Watson has worked for Toro Rosso since September, when he moved over from Caterham – also a former team of Nielsen's – amid its financial plight.

Watson, who began his Formula 1 career with Benetton in 1996, will now add Nielsen's previous responsibilities to his ongoing Team Manager role.