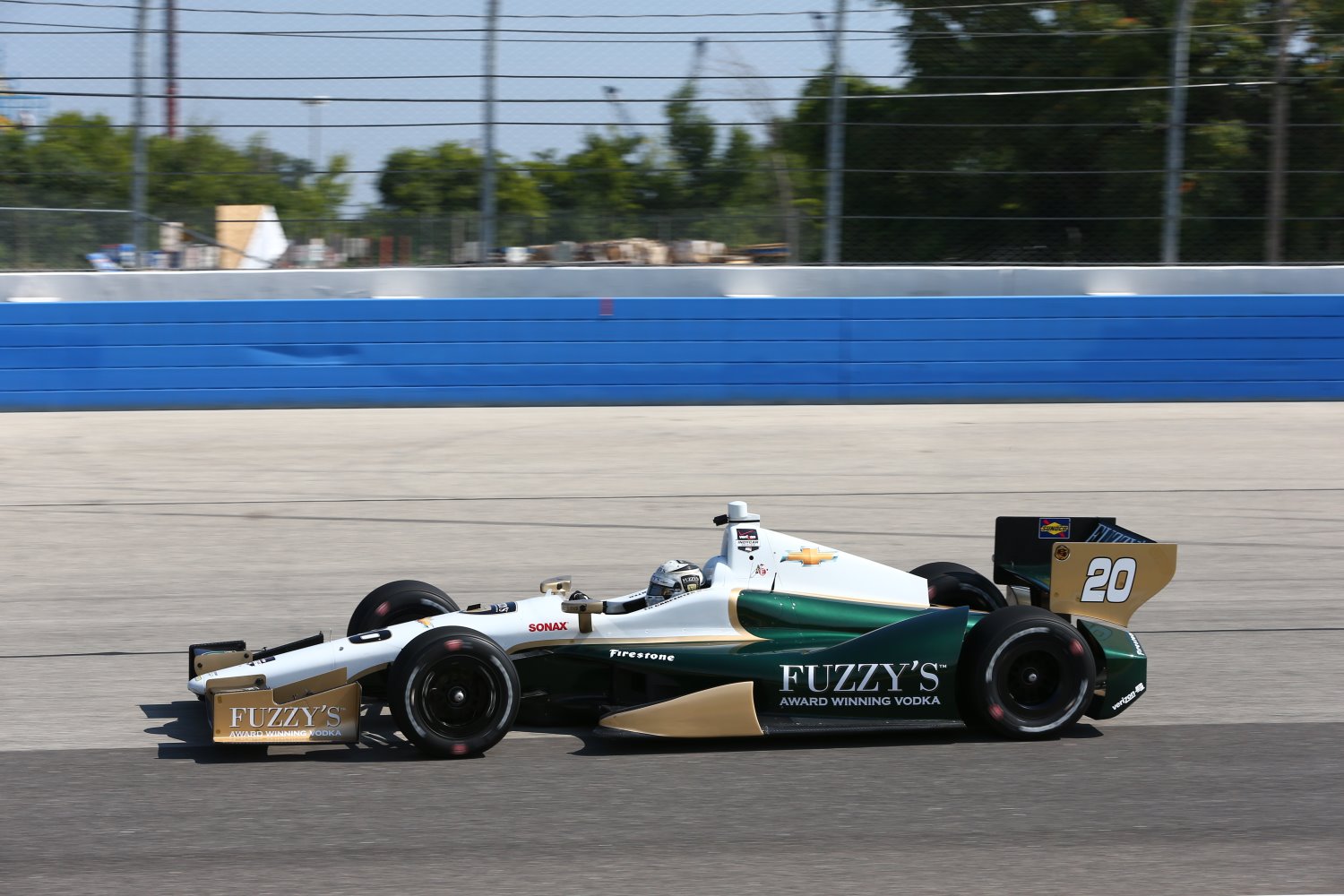 It's not enough that Indiana taxpayers are being forced to subsidize the Hulman-George family's Indianapolis Motor Speedway to the tune of $100 million. The state's Economic Development Corporation is also propping up CFH Racing, co-owned by Tony George's step-son, Ed Carpenter, Jr., and Sarah Fisher with a dubious sponsorship. From the team's press release:

Indiana Secretary of State Victor Smith joined CFH Racing co-owners Sarah Fisher and Ed Carpenter in announcing a partnership in which the Indiana Economic Development Corporation will be an associate sponsor on CFH Racing cars for the Angie's List Grand Prix of Indianapolis, the Indianapolis 500 and the 2015 Verizon IndyCar Series season-concluding GoPro Grand Prix of Sonoma.

"Indiana is recognized as the motorsports capital of the world and we're building a reputation we like to say as 'a state that work,'' Smith said during the brief ceremony at the Performance Racing Industry trade show at the Indiana Convention Center. "This Hoosier team has delivered on the racetrack and it mirrors our state's success in building an economy and business environment that is attracting billions of dollars in investment."

Motorsports in Indiana is a multimillion dollar industry that employees thousands of individuals. IUPUI, a university in downtown Indianapolis, has the only motorsports engineering undergraduate and graduate programs in the nation, and the Dallara IndyCar Factory next door to the CFH Racing facility supports multiple motorsports platforms.

"Sarah and I have built our lives here, built our businesses here and to partner with the state – the state that works – and show people that it is a great place to grow your business or start your business is our mission," Carpenter said. "It is a natural partnership."

This sponsorship is an even worse use of the state's economic development marketing dollars than the silly slogan, "A State That Works," on the Banker's Life Fieldhouse floor during Pacers games that nobody watching the games on TV can see. How many people are going to see the small decal on the car with that silly slogan and get anything from it?

No problem though because there are no investigative journalists left in this state to expose the racket the state's economic development agency is running, which is nothing more than an extension of the governor's campaign committee. Advance Indiana