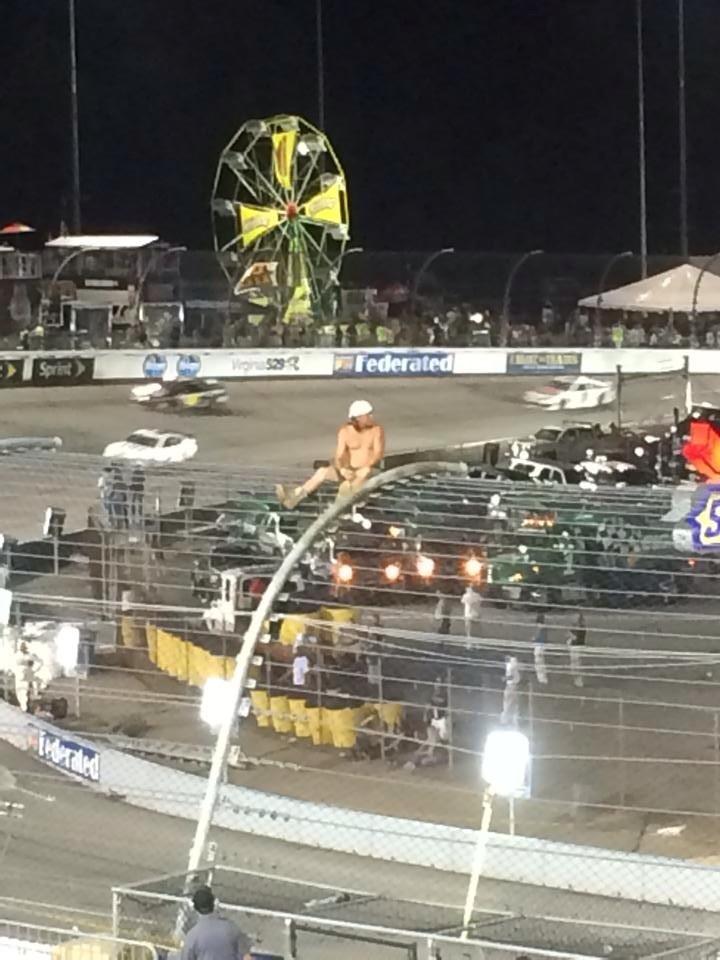 James Dennis, the NASCAR 'Bubba' who climbed the fence near the end of the Richmond race in September, has been sentenced to jail according to information released today by the Henrico County, Virginia General District Court. The incident while wildly dangerous, ended up being one of the main talking points as the race itself was quite boring. Richmond was supposed to provide action on the track that night but it was unable to do so in what was the final race before the start of the 2014 chase.

I am deeply in regret of what I did. I want to apologize to everyone. It was just stupid," Dennis told WTVR-Richmond after appearing in court the Monday after the Saturday night race. "I got hung up in the moment. Cool race. I guess we never grow up."

Mr. Dennis was apparently celebrating a recent birthday while attending the race.