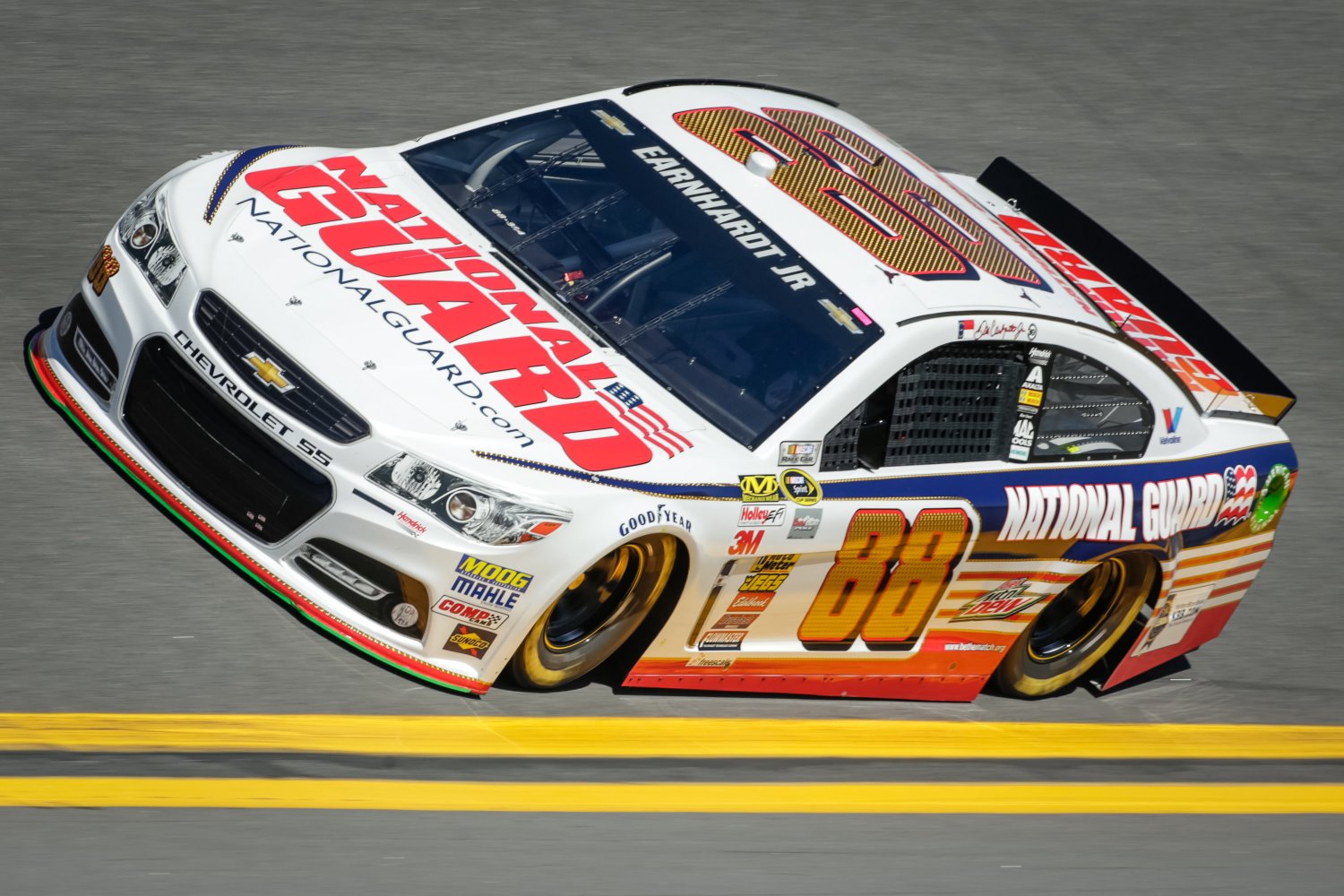 It's official. Dale Earnhardt Jr.'s Daytona 500 Race Win die-cast isn't just the best-selling car of 2014; it's also the best-selling die-cast in the history of Lionel Racing. Lionel Racing – The Official Die-Cast of NASCAR – unveiled its annual top 10 list today and, as projected, Earnhardt's Daytona win car ruled them all. "When the NASCAR season kicks off with Dale Jr. winning the Daytona 500, it's a safe bet that die-cast sales across the board will skyrocket," said Howard Hitchcock, President of Lionel Racing.

"His win really set the tone for our year overall – we have had a very good season." Earnhardt's on-track success this season resulted in the driver also clinching spots two, three, five, six, and 10 – a feat largely driven by his wins at Pocono Raceway and the popular National Guard/Superman special paint scheme. While Earnhardt dominated, other drivers did make some noise. The return of the iconic #3 Chevy to the NASCAR Sprint Cup Series helped propel Austin Dillon's Dow Automotive Chevrolet SS to the fourth spot.

"The story of the #3 car's return to Cup competition really resonated with both long-time and new NASCAR fans," said Hitchcock. "It's great to see a rising star like Dillon make our top 10 list." Reigning NASCAR Sprint Cup Series champion Kevin Harvick also made the list, with his #4 Budweiser Chevrolet ranking eighth among the company's best sellers:

"It's exciting to see the rising stars of the sport make such an impact on the core fan," Hitchcock said. "Austin, Chase and Kyle Larson beat out some heavy hitters when it comes to merchandise sales, and that only bodes well for the future of NASCAR."