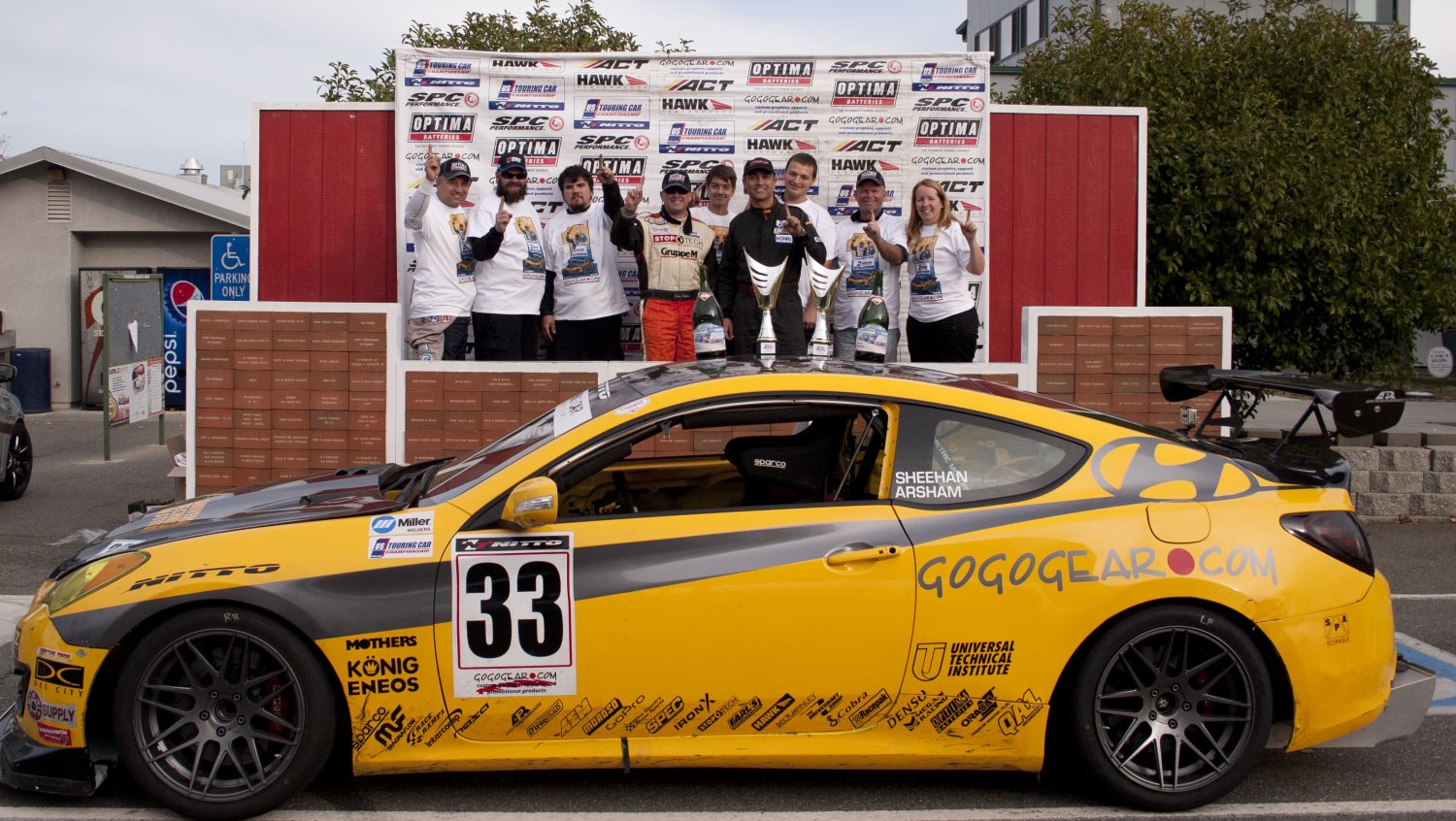 Napa, CA – The driving team of Ali Arsham and Gary Sheehan won the 2014 Nitto Tires United States Touring Car Championship (USTCC) championship with a second place finish at the final race of the season on November 16, 2014 at Thunderhill Raceway in Willows, California.

The team had a 35 point lead over the second place BMW M3 and a 46 point lead over a Mitsubishi Lancer Evo and a Mazdaspeed 3 that were tied for third place. That meant that the team had to finish the race in order to score enough points to secure the championship.

The GoGoGear.com/Konig Wheels/ Powerbuilt Tools Hyundai was on provisional pole on Saturday but was beaten by two tenths of a second during Sunday's qualifying session which meant that they would start in second place.

"Once the championship was clinched, I started to push to score a win," said driver Gary Sheehan. In the end there was not enough time for the race win but the team was very excited with a second place finish in the race.

"The championship was extremely important for all of our partners who have helped us along this journey. In our first race with this car we struggled to finish in the top ten but we have continuously made improvements along the way culminating in a championship today," said team Principal Ali Arsham.

A great example was the intermittent ignition issue that surfaced at round three in May. Rather than take a chance the team worked until midnight on Saturday and all day on Sunday to prepare their backup car for the race and ended up winning the race. The team is supported by crew members from Universal Technical Institute (UTI) who learn real world lessons at the races.
The team will receive their award at the year-end awards banquet in January.