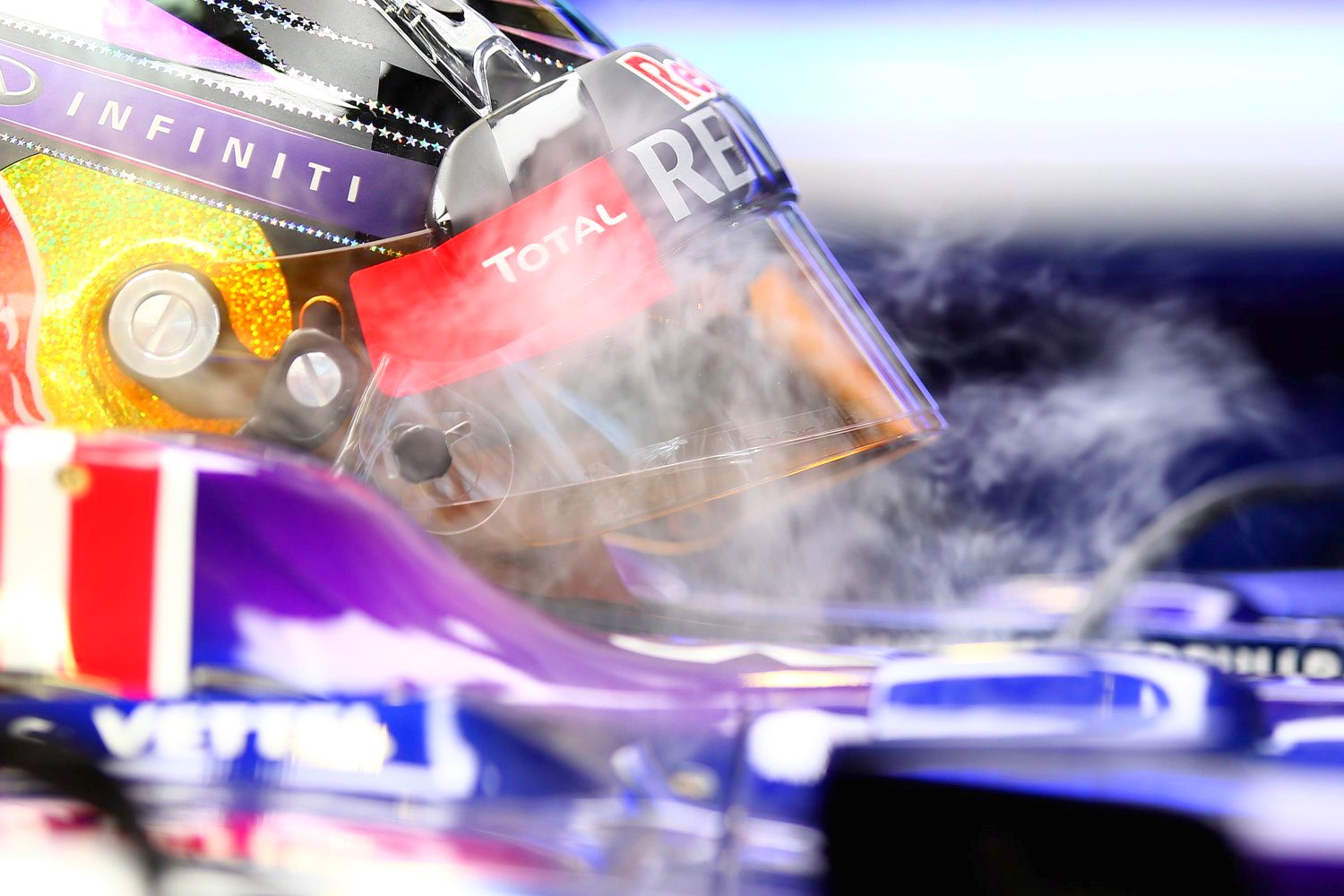 That is the claim of Eric Boullier, boss of the McLaren team, presumably one of the richer outfits that would be called upon by Bernie Ecclestone to pick up the slack should some struggling teams collapse over the winter.

Existing regulations provide for the controversial move to three-car outfits in the event of a grid below 20 cars, but Frenchman Boullier said teams need time in advance to get prepared.

"The chassis for the third car, the logistics, the people around … we will need at least six months notice," he said.

"I think the driver is the easiest to get on board," Boullier told reporters.

Force India supremo Vijay Mallya said this week that if teams are asked to run three cars, they will require financial compensation for the extra costs.

Many respected sources throughout the sport's international media landscape are now convinced that the Spaniard and Ferrari are in the throes of divorce.

Even the public at large is convinced.

The Spanish sports daily Marca has published the results of a poll, showing that no less than 84 per cent think Alonso will leave Maranello.

Indeed, detailed attention is even turning to the identity of his successor in red.

Ferrari academy member Jules Bianchi is an obvious choice, but it is believed Ferrari would prefer to replace Alonso with another great champion.

Mercedes' Lewis Hamilton, the new championship leader, is strongly linked with the job, particularly with tension high at Mercedes and teammate Nico Rosberg already signed up for the future.

Sebastian Vettel is another strong candidate.

The reigning world champion is suffering an unhappy 2014 season, struggling to match his new teammate Daniel Ricciardo, and at danger even of being put in the shade by a Red Bull-backed rookie who is yet to make his debut.

Dr Helmut Marko, the notorious architect of the energy drink company's driver program, has this week compared 2015 Toro Rosso star Max Verstappen with none other than the legendary Ayrton Senna.

Indeed, Vettel has sounded notably non-committal on the topic of his future at Red Bull recently.

But his latest comments to the weekly Sport Bild suggest he is prepared to stay put and work to revive his title-winning days of the not-too-distant past.

"The fact that our hard work is slowly paying off and that no one has given up really means a lot to me," said Vettel.

"I've still got a lot to achieve with this team and I want to do everything to ensure that we make a comeback," the 27-year-old added.

Despite the Ukraine crisis, the MH17 atrocity and high tension between Vladimir Putin and the West, Bernie Ecclestone and the FIA are determined to staging round 16 of the 2014 world championship as scheduled.

Charlie Whiting has inspected and approved the newly-constructed Sochi Autodrom, and F1's official website now declares that it has been officially launched and opened.

"I am glad to report that the first ever formula one race track in Russia has now officially opened and very soon our country will host the inaugural 2014 Russian grand prix at this amazing venue," said race promoter Sergey Vorobyev.

For their part, the teams are bound contractually to follow the lead of Ecclestone and the FIA.

"We must rely on the governing body and the promoter to give us guidance," said Mercedes team boss Toto Wolff.

Public opinion, however, may be another matter entirely.

The German news agency Sport-Informations-Dienst commissioned a poll that shows 71 per cent of those surveyed are opposed to Russia hosting formula one on political grounds.

But the Russian deputy prime minister does not agree.

"Sport is outside politics and this principle must be observed," Dmitry Kozak is quoted by the Itar Tass news agency.

At Monza, some observers were both amazed and bemused when Lewis Hamilton reacted to the five starting lights to the tune of 0.05 seconds.

Germany's Auto Motor und Sport said it is "virtually impossible" that the Mercedes driver legitimately reacted to the lights, as the minimum human reaction time is much longer.

In athletics, a sprinter for example will be deemed to have made a false start if their reaction time is better than 100 milliseconds.

But Whiting said Hamilton did not jump the start at Monza.

"For us it's not like athletics," he told the German magazine.

"We proceed on the basis that anyone who tries to anticipate the start takes the risk of incurring a penalty.

"But if he does take the risk and takes off just as the lights go out, he's lucky," Whiting added.

The all-electric and nearly silent single seater series, promoted by Alejandro Agag and sanctioned by F1's governing FIA, kicked off recently on the streets of Beijing with a talented field and healthy grid.

But Lauda, the iconic F1 champion and Mercedes team executive, has revealed he didn't like what he saw.

"For me it was the worst thing I have seen for a long time," the outspoken Austrian is quoted by Auto Motor und Sport.

"The cars look like toys, they creep around the track one after the other — for me, this is not motor sport," Lauda insisted.

Just before Singapore, the championship leading team announced it had signed teenage DTM star Pascal Wehrlein to be the new Mercedes reserve.

Indeed, the young German was trackside in the Asian city-state, but Auto Motor und Sport reports that he did not have a mandatory F1 super license in his pocket.

He may be 42, retired from F1 and now only at grands prix as a pundit for Brazilian television, but his experience is unsurpassed in grand prix history.

So, too, is his enthusiasm.

He admits having told Toto Wolff in Singapore: "If you need a replacement, I'm ready and fit.

Lowe disagrees with Wolff over clampdown
(GMM) Paddy Lowe and Toto Wolff, the team bosses at dominant Mercedes, do not see eye-to-eye over the new radio clampdowns in formula one.

Although a pre-race compromise with the FIA was reached in Singapore, Wolff said that if the full clampdown had debuted in Singapore it would have been a "nightmare" in the context of Nico Rosberg's steering wheel problems.

"I think Charlie (Whiting) and the FIA have realized that this needs another look", he was quoted as saying.

But Lowe, who is in charge of Mercedes' technical and sporting matters, appears to have a contrary opinion.

The Briton said Mercedes arrived in Singapore "pretty well prepared" not only for the watered-down 'driver coaching' ban, but the full technical ban that instead has been delayed until 2015.

"We could have managed even with the originally proposed plan," Lowe told Russia's f1news.ru.

"We were ready, even if having more time will now make life easier in terms of giving the drivers all the information he needs in a better and more convenient form."

For instance, he said it is likely teams will make changes to the steering wheel layouts of their 2015 cars, so that drivers are better equipped to make decisions during the grands prix when many radio communications are not allowed.

"But in general," Lowe added, "the introduction of the rule should not be a big problem."

He also said the clampdown will not be a major issue when it comes to those on the pitwall making decisions during the races in 2015.

"To a certain extent, the approach will change, but the main objectives for those on the pitwall are twofold: firstly the strategy … pitstops, tire choice and so on.

"Here, nothing will change.

"The second is the solving of problems, whether it be damage as a result of accidents or technical problems, including problems that may affect safety.

"From this point of view, no matter what is written in the rules relating to radio communications, these rules cannot and should not prevent us from solving problems with the car," Lowe insisted.

Indeed, dealing with in-race technical problems after the 2015 clampdown is also a concern raised by drivers.

Asked in Singapore, for example, how he will know if his brakes are overheating, Nico Hulkenberg smiled: "I will notice brake pedal getting longer."

But how will he know how to manage it, for instance either by adjusting the forward or rearward brake balance? "Good question," the German admitted to Auto Motor und Sport.

"In a case like that, you're probably better off being informed by the team and taking the 5 second penalty," he said.

Force India wants third-car compensation
Force India's Vijay Mallya would expect compensation if his team is forced to run a third car in 2015.

Should the grid fall from 11 to eight teams, an outcome that is feared given the financial struggles of certain outfits, the sport's bigger squads could be forced to make up the numbers by fielding extra machines.

But Mallya says such a move would put pressure on Force India and reduce Formula 1's appeal.

"We were going to demand compensation to build a third car, we're not going to do it for free," he said.

"I'm sure the commercial rights holder realizes that – he's got to make it economically viable. This year you see both Mercedes ahead of everybody else and in the last few years we had Red Bulls in front of everyone else. So now you want the entire podium to be occupied by one team. It doesn't make too much sense does it?"

Mallya says the struggling teams are being hurt by an "imbalance" in the way F1's revenues are shared.

"The bigger teams take a major slice and the smaller teams get less as a result. The best way of doing it is to make a more rational formula which gives everyone a chance to not just survive but also compete."