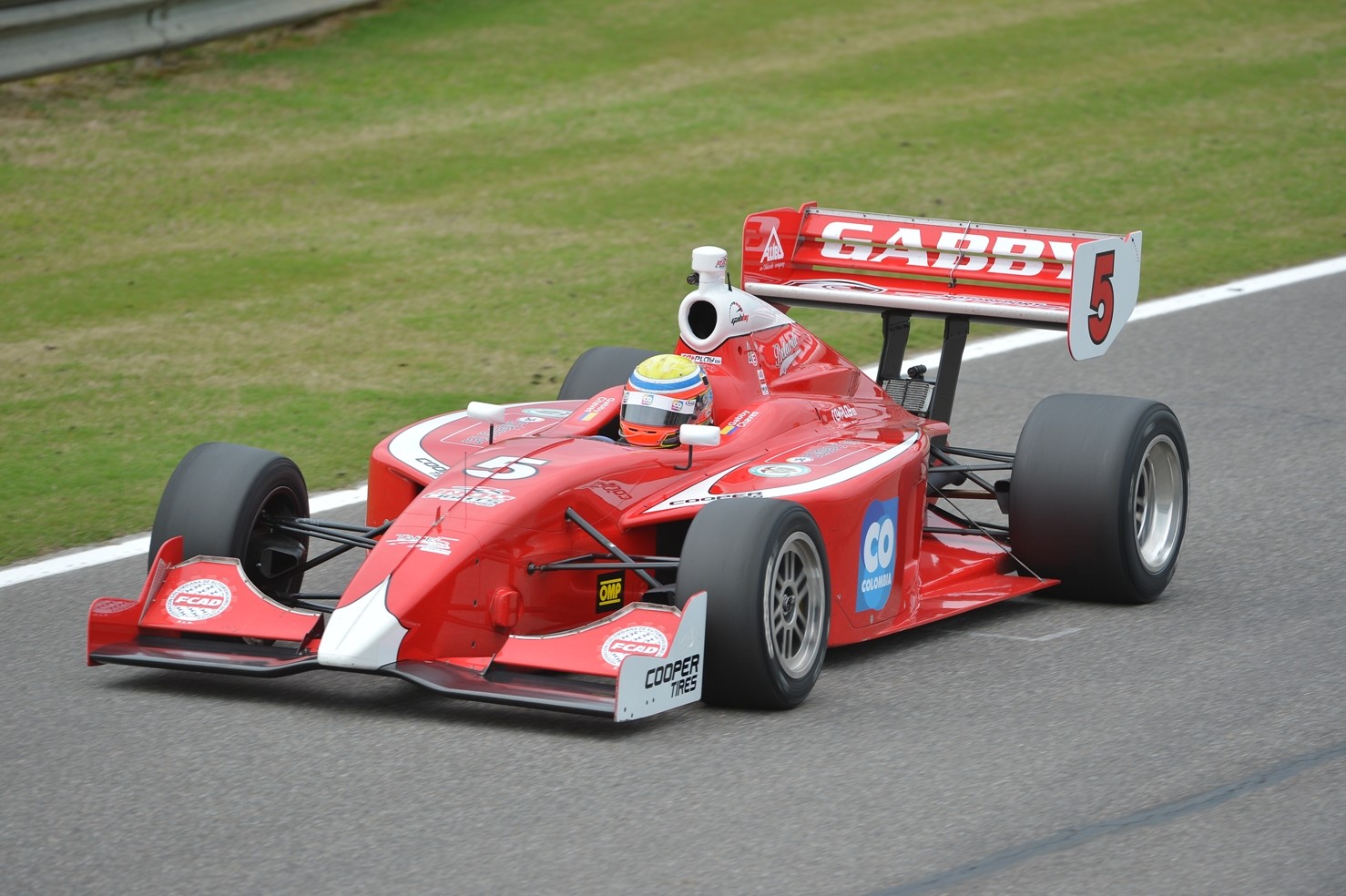 BROWNSBURG, IN (September 19, 2014) – Despite the fact that the Indy Lights championship chase wrapped up less than a month ago in Sonoma, CA, Belardi Auto Racing is already focused on the 2015 season and winning the title for the second straight year. While Brian Belardi and his dedicated crew are closely watching the continuing testing of the new Dallara IL-15 chassis at Indianapolis, the team principal is not resting on his laurels as he has now signed the first driver for next year's squad. Belardi is pleased to announce that FIA Formula 3 European sophomore participant Felix Serralles will re-join the team for 2015, having previously run two race weekends with the operation in USF2000 in 2010. The Team USA Scholarship alum has shifted his career focus to the Indy Lights Presented by Cooper Tires championship with the ultimate goal of becoming a professional in the Verizon IndyCar Series.

"Our entire crew is fired up about the 2015 Indy Lights season and they can't wait to get their hands on the new race car, and to have confirmed the addition of Felix is great for us," offered Belardi, whose passion for the program has only been fueled by the team’s continued success. "I'm very excited and I believe that he's going to be a special talent. He raced with us in 2010 right out of Skip Barber and challenged Sage Karam at Road Atlanta. I've been following his career ever since, so I'm expecting big things out of Felix next year."

Belardi Auto Racing had a banner year in 2014, winning five races and the overall championship with drivers Gabby Chaves and Alex Baron, including the Freedom 100 at Indianapolis. The diversity of these victories also speaks volumes in regards to the engineering staff, as they scored wins on street circuits (St. Pete, Long Beach and Toronto), purpose built road courses (Barber) and the high-speed ovals (Indianapolis and Pocono). With a new car rolling out for 2015, the Indy Lights series will be a totally level playing field and the competition will be incredibly close and exciting. Belardi has total belief in the knowledgeable and passionate staff that he has assembled.

Serralles is no stranger to motorsports success and Belardi is thrilled to have a driver with his level of competitiveness and passion. The 22-year-old began kart racing in 2001 in his native Puerto Rico and quickly found success, eventually advancing into the Skip Barber Regional Series from 2007 to 2009 as he fast-tracked through boarding school so that he could focus on racing. Felix won the Skip Barber Racing School Karting Scholarship in 2009 and then finished third in the 2010 BFGoodrich/Skip Barber National Presented by Mazda as an official MAZDASPEED Development Driver. The Florida resident also ran two USF2000 race weekends with Belardi Auto Racing in 2010, finishing second at Road Atlanta before winning the Team USA Scholarship, which provided him with the opportunity to race in the Formula Ford Festival and the Walter Hayes Trophy that fall. Serralles then spring boarded to the Formula Renault 2.0 Eurocup in 2011, and then emerged as a front-runner for the 2012 British Formula 3 Championship, finishing third overall with 13 podium finishes and five wins, including Spa and Monza and becoming a Mercedes Benz (HWA) junior development driver. As expected, he made the calculated jump to the FIA Formula 3 European series in 2013 and now competes with West-Tec in the series, having posted 12 top-10 finishes thus far.

“Signing with Belardi for 2015 is an exciting new adventure for me," offered Serralles, who has been living in Corby, UK. “I’m really looking forward to coming back to the United States and racing, after five years in Europe. The experience that I’ve gained from the European competition will definitely benefit me during the switch back to the US and the Indy Lights series. I’m looking forward to working with Belardi again, as they’re committed and dedicated to winning championships. One of my reasons for returning to the US is to expedite my progress and become a professional in IndyCar in 2016 and this does not preclude my being available to run Formula 1 in the future, as Juan Pablo Montoya did successfully. Being provided with the opportunity to run with Brian and his staff has played a huge part in this decision as well."

Belardi Auto Racing is now focused on the pending arrival of their fleet of Dallara IL-15 chassis and will be on-track in December at Homestead-Miami Speedway for the first official Indy Lights test with the new car. Belardi PR