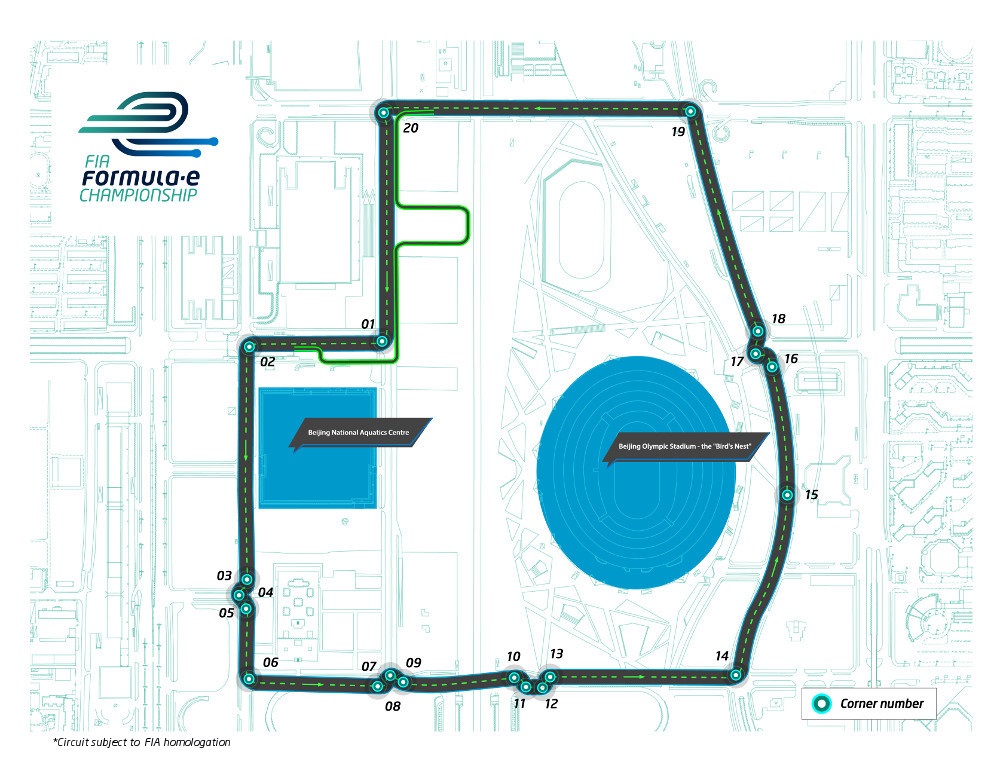 Andretti Formula-E Team is heading to Beijing in the People's Republic of China this week for the first round of the inaugural FIA Formula E Championship. Joining Frank Montagny in the team's on track duties shall be fellow Frenchman Charles Pic, with Andretti Autosport racer Matthew Brabham in position of reserve driver.

Taking place on Saturday, 13 September 2014, the maiden Formula E Grand Prix has been set around the grounds of China's iconic Olympic Stadium, more commonly known as the Bird's Nest and venue for the 2008 Olympic Games. At 3.44km in length and featuring 20 turns, the anti-clockwise temporary circuit has been custom made by designer Rodrigo Nunes, working in close cooperation with the FIA, Formula E Malaysia (FEM), the Republic of China Motor Sport Federation (FASC), the Olympic Park Committee, the Beijing Mayor, the Chinese Government and event organizer Team China Racing.

The circuit boasts an impressive cityscape backdrop taking in both the Beijing National Aquatics Centre and the Olympic Stadium itself. It will see the 20 Formula E drivers tackle a mix of tight left-hand turns – offering late braking and overtaking opportunities – together with twisty chicanes and two main straights. In addition, the track features a unique 'U-shaped' pitlane with spectator areas located inside giving fans and an incredible close-up view of the action.

The new, global Championship shall be contested over 10 rounds beginning in September 2014 and finishing in June 2015. It shall also visit the cosmopolitan cities of Putrajaya (Malaysia), Punta del Este (Uruguay), Buenos Aires (Argentina), Miami and Long Beach in the USA, Monte Carlo (Principality of Monaco), Berlin (Germany) and London (England).

All Formula E races, or ePrix, take place in one day (Saturday) in order to minimize disruption to each host city. Fans will get to enjoy practice, qualifying and the race together with music and off track entertainment.

Franck Montagny, No. 27 Spark-Renault SRT_01 E
"I'm happy to be here in Beijing and proud to be a part of the championship's first race with Andretti Formula-E. The track is coming together nicely and it looks like it's going to be a great weekend."

Charles Pic, No. 28 Spark-Renault SRT_01 E
On joining Andretti Formula-E Team
"This is very exciting! Formula E is a new challenge and concept, so there is a lot of excitement; you can feel it throughout the team. I am very much looking forward to being part of the Andretti Formula-E Team family and to the first round of competition in Beijing."