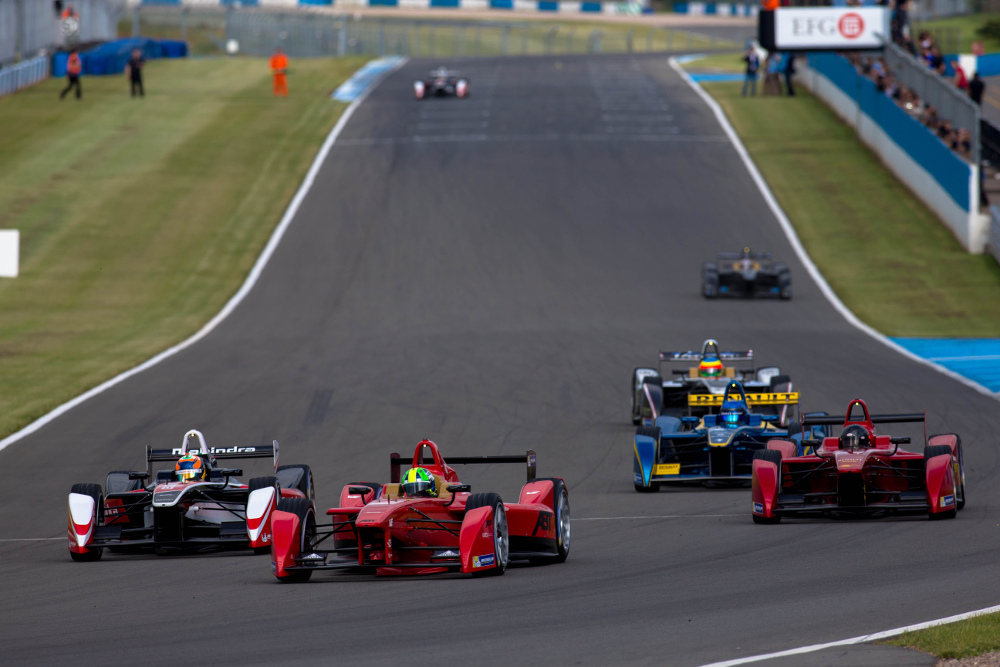 Budget: Not restricted, but the car's spec and you can’t modify much. Teams are limited to 13 guys working on the car. The car budget is basically maintenance, running the car and travel.

Spec Racing: They have copied a lot of what IndyCar has done, and avoided F1 thinking. The technology of it is like IndyCar, but it's all about electric and electric motors.

Suspension: The suspension is pretty much the same setup as an IndyCar. The front of the car has a rocker post with shocks and the same springs

Downforce: About 1,200 pounds, similar to an Indy Lights car. Same thing with the underbody tunnels and the rear wing.

Cooling: The battery and the electric motor make heat. Cooling the battery on the right sidepod, cooling the motor on the left side. The left hand runs soluble water, the right runs a gel solution that runs to the battery cavity.

Gear Box: Five speed with a reverse. Like the Cadillac ELR, the gearbox has another paddle on it for energy regeneration. You pull it while coasting or during braking, and it will use the motor to do a quick shot of recharge into the batteries as the motor is spinning without being powered up, so it works as a generator. The torque curve is linear but you get to a max RPM and need the shift to get the higher speed.

Tires: Treaded Michelin. There’s no rain tires. If it rains, you run the same tires you run in the dry. Teams get three sets for the weekend, one for each car.

Pitstops: Halfway through each race, you come to the pits and you’ll have one minute to change to the other car. If you [leave] before that minute is over, you get a penalty

Sound: Similar to a dentist's drill