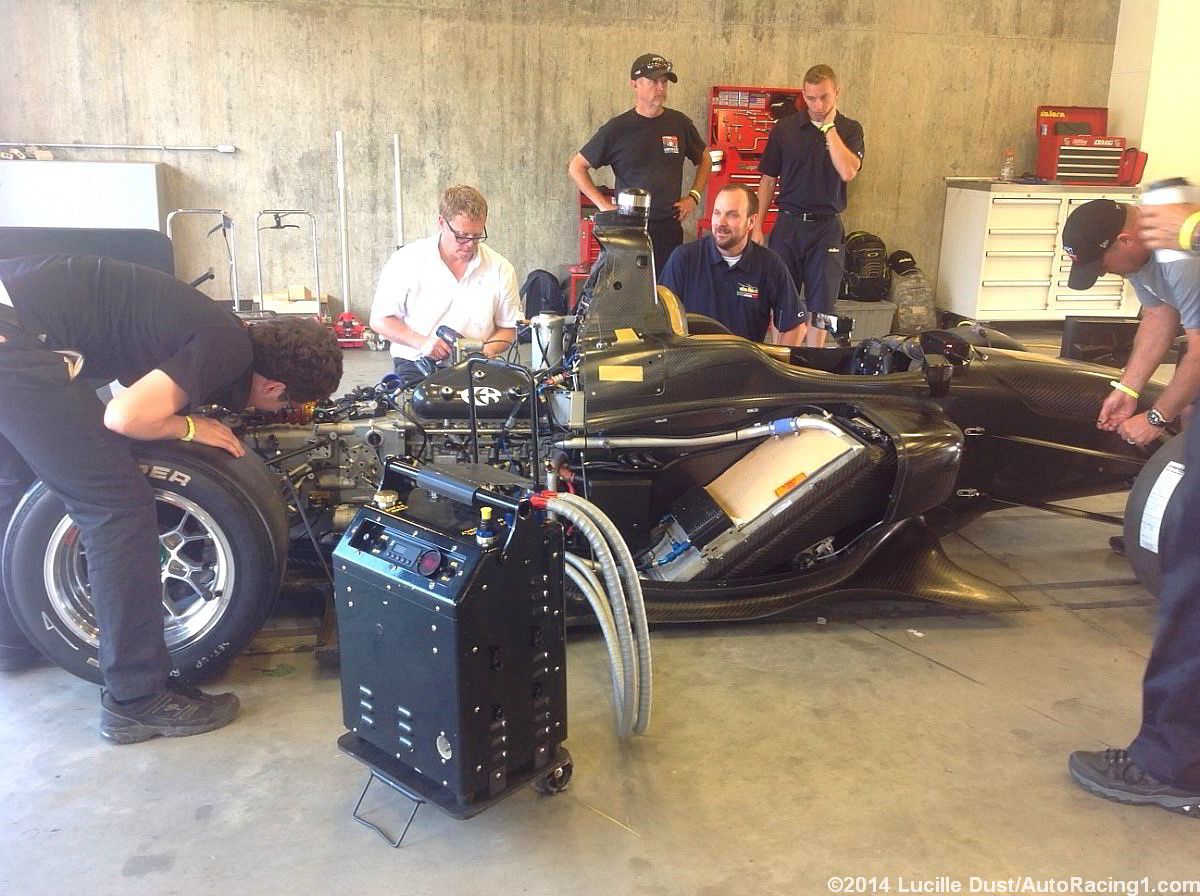 Verizon IndyCar drivers Scott Dixon, James Hinchcliffe and newly crowned 2014 Indy Lights champion Gabby Chaves are the latest drivers to put the 2015 Dallara IL-15 Indy Lights car through its paces. The trio shared driving duties during a two-day combined road-circuit and oval test at the Indianapolis Motor Speedway September 5th and 6th. The combination of the Dallara IL-15 chassis and Advanced Engine Research's 2.0-litre turbocharged four-cylinder engine earned rave reviews from the rotating roster of experienced drivers during the latest chapter in an extensive test program prior to the 2015 Indy Lights Presented by Cooper Tires season.

"The new Indy Lights testing program continues to produce impressive results, with the new car gaining pace every day," noted Mike Lancaster, Managing Director for AER. "It's great for us at AER to see this group of excellent drivers describe how the chassis and engine work together to produce a car that is fast, fun – and most important – now relevant to the modern Indy Car series".

Dixon, a three-time Verizon IndyCar Series champion as well as the 2000 Indy Lights titlist, took the wheel for the opening test session on the Speedway's 2.4-mile road course.

"The performance was very good with no problems," Dixon said. "It's a fantastic stepping stone to IndyCar as far as the similarities and how the car drives. The engine and chassis are updated ten-fold over the last spec. It will definitely attract a lot of Europeans and even more Americans to the series."

Hinchcliffe, who also drove the car on the IMS road course, brought his perspective as a current IndyCar driver and 2010 Indy Lights champion. "Everything ran smoothly and we had no reliability issues with the package," he said. "This is the right time to introduce a new chassis and a new turbo-charged engine for Indy Lights. Up-and-coming drivers are going to get a much better feel of what they will be moving up to – dealing with the latest in turbo-charged engines and higher downforce."

On the second day newly-crowned Indy Lights champ Chaves tested the AER-powered Dallara IL-15 on the 2.5 mile oval (where last May he won the Freedom 100 race). After a rain delay, Chaves went quicker than the Indy Lights track record, turning a speed of 191.900 mph on his way to 190 problem-free miles on the iconic oval.

After climbing from the car Chaves echoed the sentiments of all the drivers who have tested the new AER-powered car. "The engine feels quicker than the older one with a lot more torque initially and more power as well. The car just feels a lot more nimble because the engine is so much lighter. Overall the package is just incredibly better."

Dan Andersen, Owner and CEO of Andersen Promotions which oversees Indy Lights and the Road to Indy, commented, "I hadn't expected the development of a brand-new car to go this smoothly and I have to give full credit to our project manager Tony Cotman and his team, as well as our great partners including AER. I could not be more excited about the final product we will be offering our competitors."