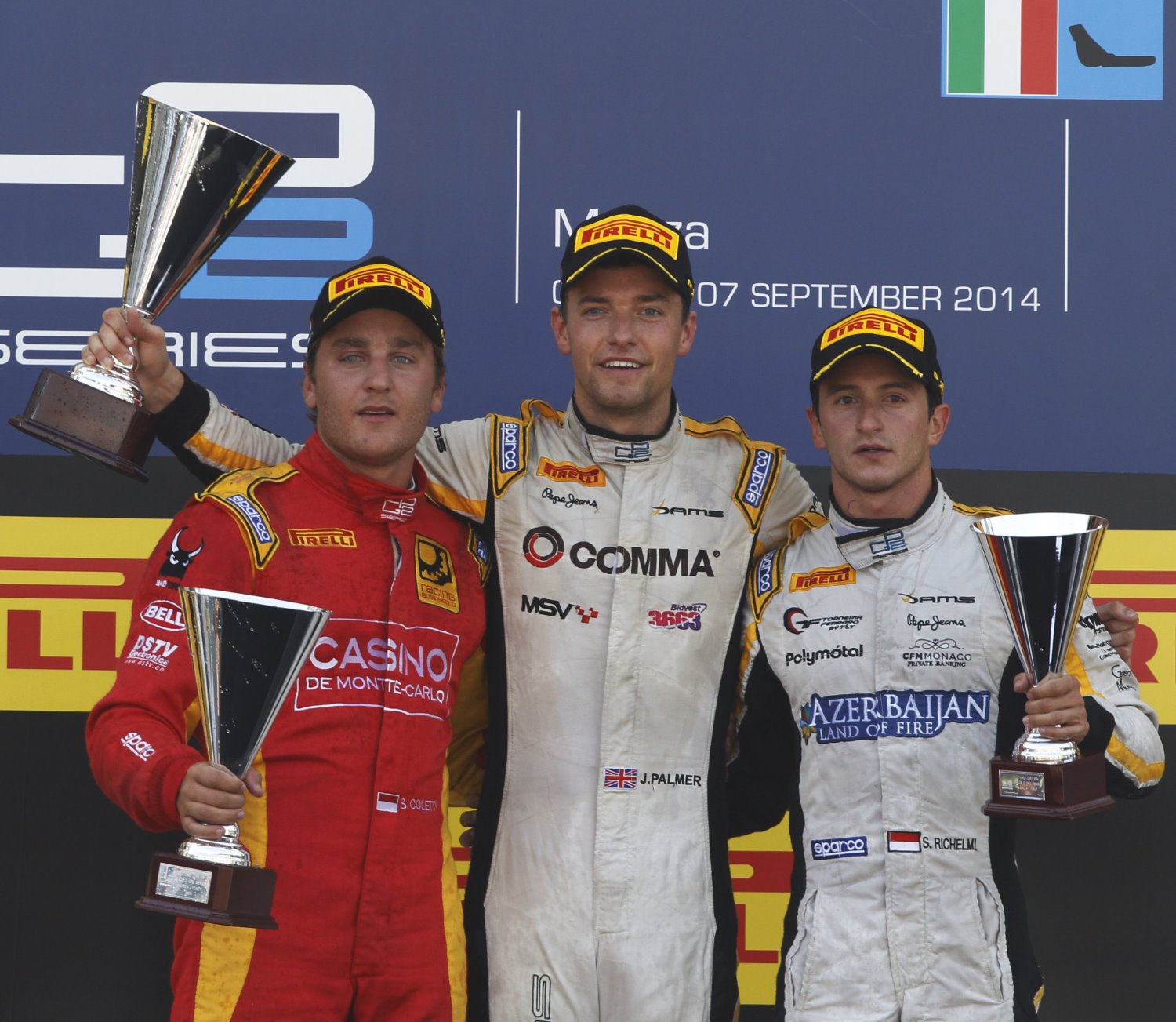 Series leader Jolyon Palmer's remarkable comeback has been capped by a solid victory in this morning's sprint race in Monza, an incredible reversal after starting yesterday's feature race from the back of the grid by leading today from pole to flag ahead of Stefano Coletti and teammate Stephane Richelmi.

The Briton set up the win at the start, making a solid enough getaway as the lights went out to hold fellow front row starter Marco Sorensen for the lead into the first chicane, while behind them Stoffel Vandoorne and Felipe Nasr had poor starts, allowing Richelmi, Andre Negrao and Coletti to follow the lead pair through, with the DAMS man taking advantage when Sorensen ran deep at the second chicane.

Unfortunately newcomer Pierre Gasly and Artem Markelov came together on the back straight and found the barriers, while soon after Johnny Cecotto was pushed into Nathanael Berthon at the Parabolica, prompting the safety car to appear as the marshals dealt with the mess. At the restart Coletti sliced inside at the 1st chicane to mug Evans and Negrao, and was soon chasing his countryman for more.

Arthur Pic and Jon Lancaster were soon squabbling over P7 while Nasr watched from behind, with the Englishman eventually coming out on top and handing a clean line through to the Brazilian too, but all eyes were on the fight for second, resolved in favor of Coletti on lap ten with a slick move at Ascari which gave him a sniff of a win.

Coletti set a string of fastest laps to put himself on Palmer's rear, but in doing so he used up his tires: he pushed hard but had to concede in the final two laps to hand Palmer his third win of the season, with teammate Richelmi bringing home a 1-3 for DAMS. Sorensen had a solid but quiet drive for P4, with Negrao surviving a collision which put Evans out late in the race for fifth, just ahead of Lancaster, Nasr and Pic.

The win extends Palmer's lead in the drivers' championship over Nasr by 231 points to 188, ahead of Vandoorne on 164 points, Cecotto on 128, Evans on 125 and Coletti on 114 points, while in the teams' title race DAMS pulls away from Carlin with 294 points versus 254, ahead of ART on 190 points, Racing Engineering on 171 and Trident on 150 points ahead of the next round in Sochi.