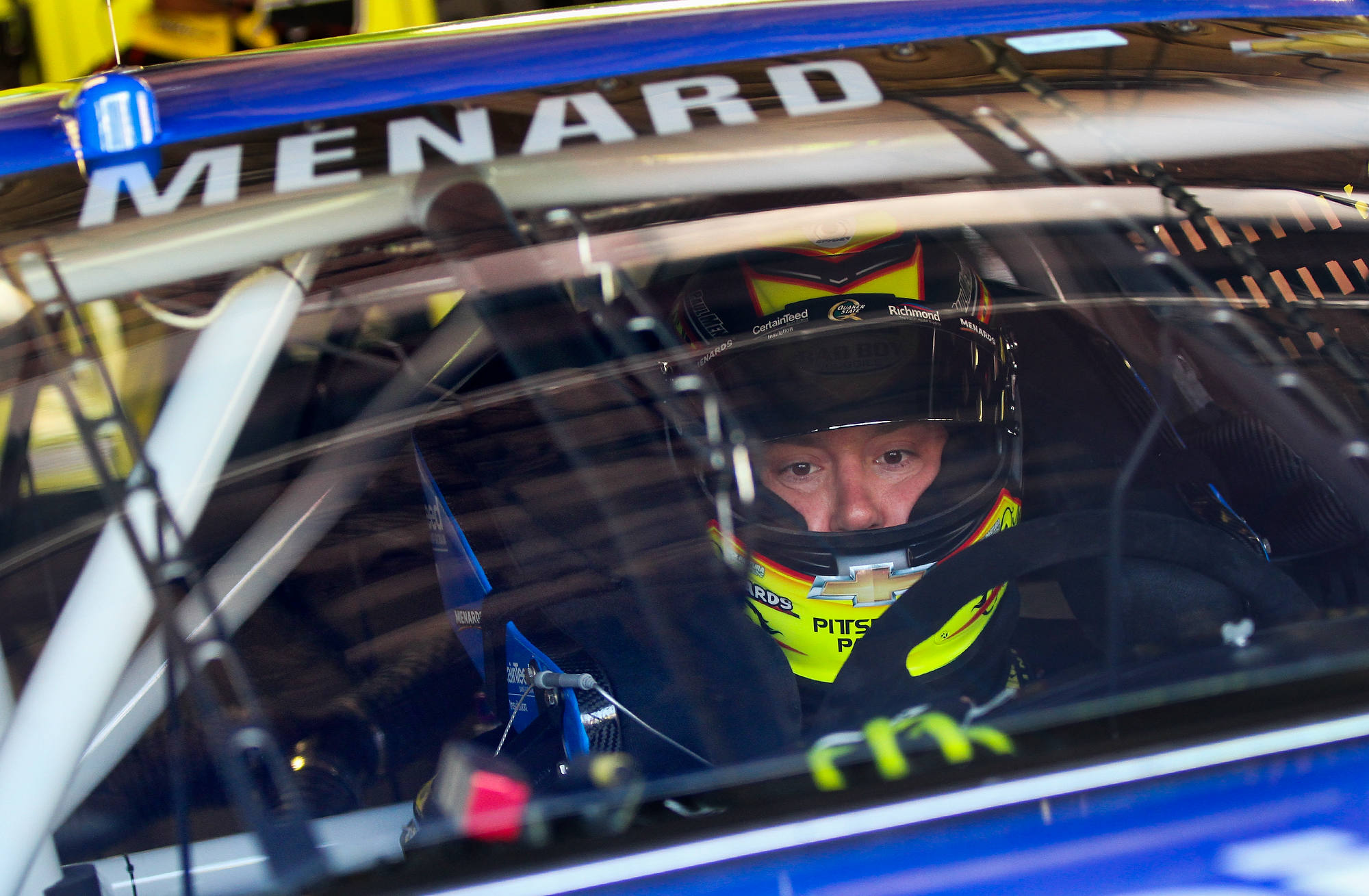 Just one day after Jeff Gordon grabbed the checkered flag in the Pure Michigan 400, NASCAR and teams were back testing on the two-mile Michigan International Speedway, gathering crucial data for the development of the 2015 NASCAR Sprint Cup Series rules package. Six different configurations were evaluated throughout the test. Throughout today's test, focus was on aerodynamics and power optimization. Ten teams were onsite throughout the day running through all six configurations. More than 160 laps were turned at Michigan by each team. Data will be taken back to the Research and Development Center in Concord, North Carolina to be analyzed and modeled as NASCAR finalizes its 2015 rules package for the NASCAR Sprint Cup Series. NASCAR

08/14/14 Nine NASCAR Sprint Cup Series teams will remain at Michigan International Speedway one additional day on Monday to test aerodynamic and engine combinations for the 2015 racing season. According to NASCAR officials, the test is designed to validate extensive work done by the sanctioning body's racing development team. Gene Stefanyshyn, vice president Innovation and Racing Development for NASCAR, said two different packages featuring various changes would be tested on the 2-mile track at MIS.

"We have a prime rules package and also will be doing a low downforce package, because some of the drivers have been very vocal," Stefanyshyn said. "They think (low downforce) is a solution … so we're going to try one of those." The prime rules package will include the use of dive planes, a 9-inch spoiler, six-percent rear differential gear ratio, three different power levels (engine horsepower) as well as a driver adjustable track bar. Dive planes are small strips on the left and right side of the front bumper areas about halfway between the splitter and hood.

The engine changes will vary from the current 850 horsepower to 800 and 750 hp. Stefanyshyn said those changes would be made during Monday's test through the use of different sized restrictor plates in order to gauge the effects. If it is determined that less horsepower works best with the aerodynamic changes being considered, how best to accomplish that for next season would still have to be decided.

The test is slated to get underway at 9:00am/et with six different sessions scheduled throughout the day. Teams are expected to make single-file 15-lap runs in every other session, with double-file runs making up the remaining 15-lap sessions. Drivers scheduled to participate are: #1-Jamie McMurray, #5-Kasey Kahne, #10-Danica Patrick, #27-Paul Menard #2-Brad Keselowski, #17-Ricky Stenhouse Jr., #43-Aric Almirola, #11-Denny Hamlin, and either #15-Clint Bowyer or #55-Brian Vickers. NASCAR.com