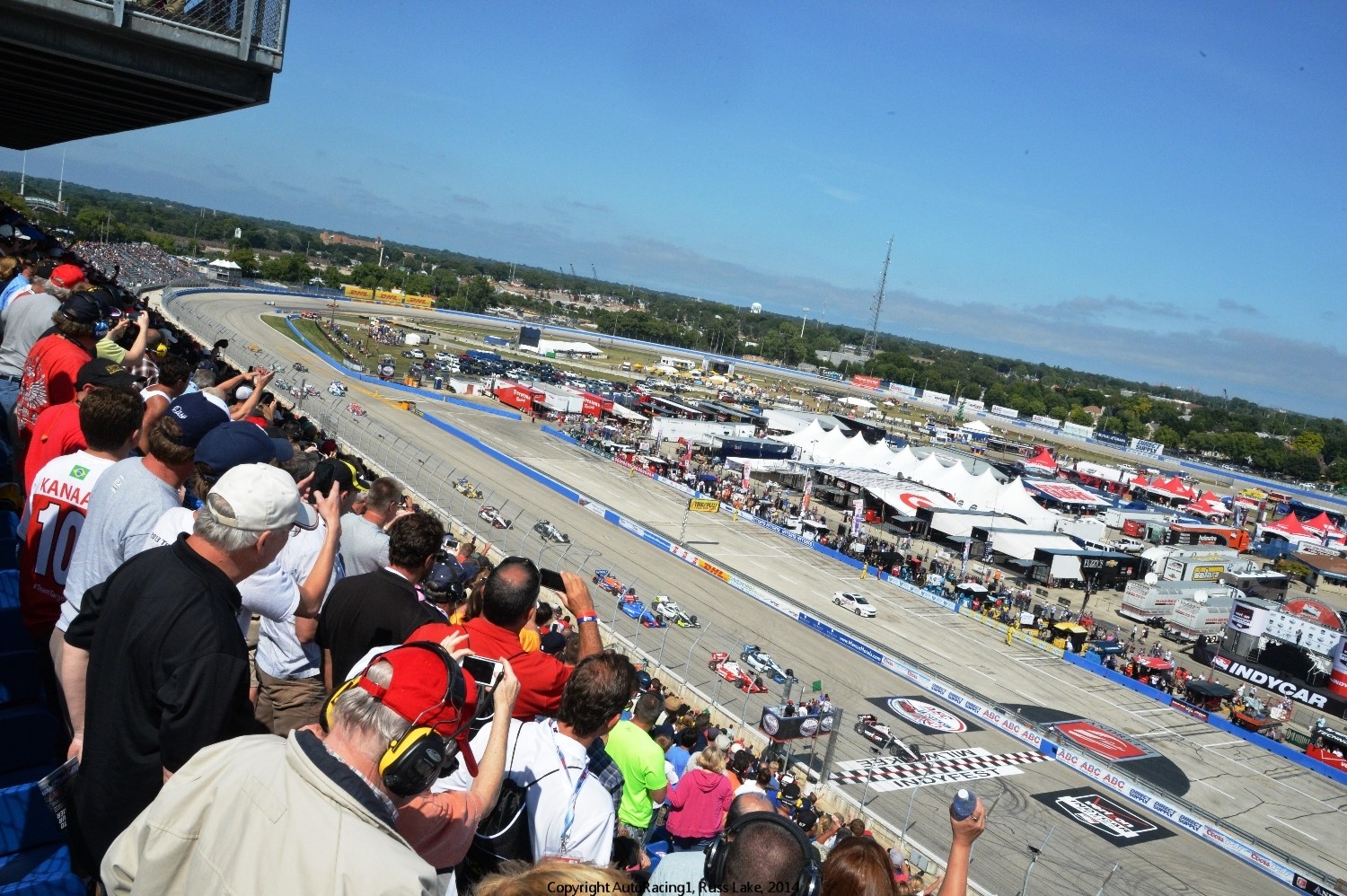 UPDATE After three years with Andretti Sports Marketing as the promoter, attendance isn’t growing as quickly as all involved had hoped. Despite doing a really good job of promoting (according to the locals) the ABC Supply Wisconsin 250, on Sunday there didn’t appear to be more than 18,000 people in the grandstands, which reportedly hold 38,000. Racer.com

Milwaukee IndyFest general manager Kevin Healy said he hadn't seen ticket sales numbers but expected them to be comparable to the past two years, which would put attendance optimistically in the 20,000-25,000 range despite the perfect weather.

Estimates are difficult because of the number of people watching from the infield festival grounds and moving back and forth to the grandstands said Healy.

Perhaps it is time to give the fans better reasons to buy a ticket – more American drivers and standing starts. Yes, standing starts on an oval when the front straight is flat – why not? Except for the Indy 500, IndyCar oval races are dying. Take a look at yesterday's strung out joke of a rolling start. Note two cars way back in Turn 4. Strung out rolling starts (the IndyCar norm) are a boring joke. As Albert Einstein once said, "the definition of insanity is doing the same thing over and over and expecting different results."