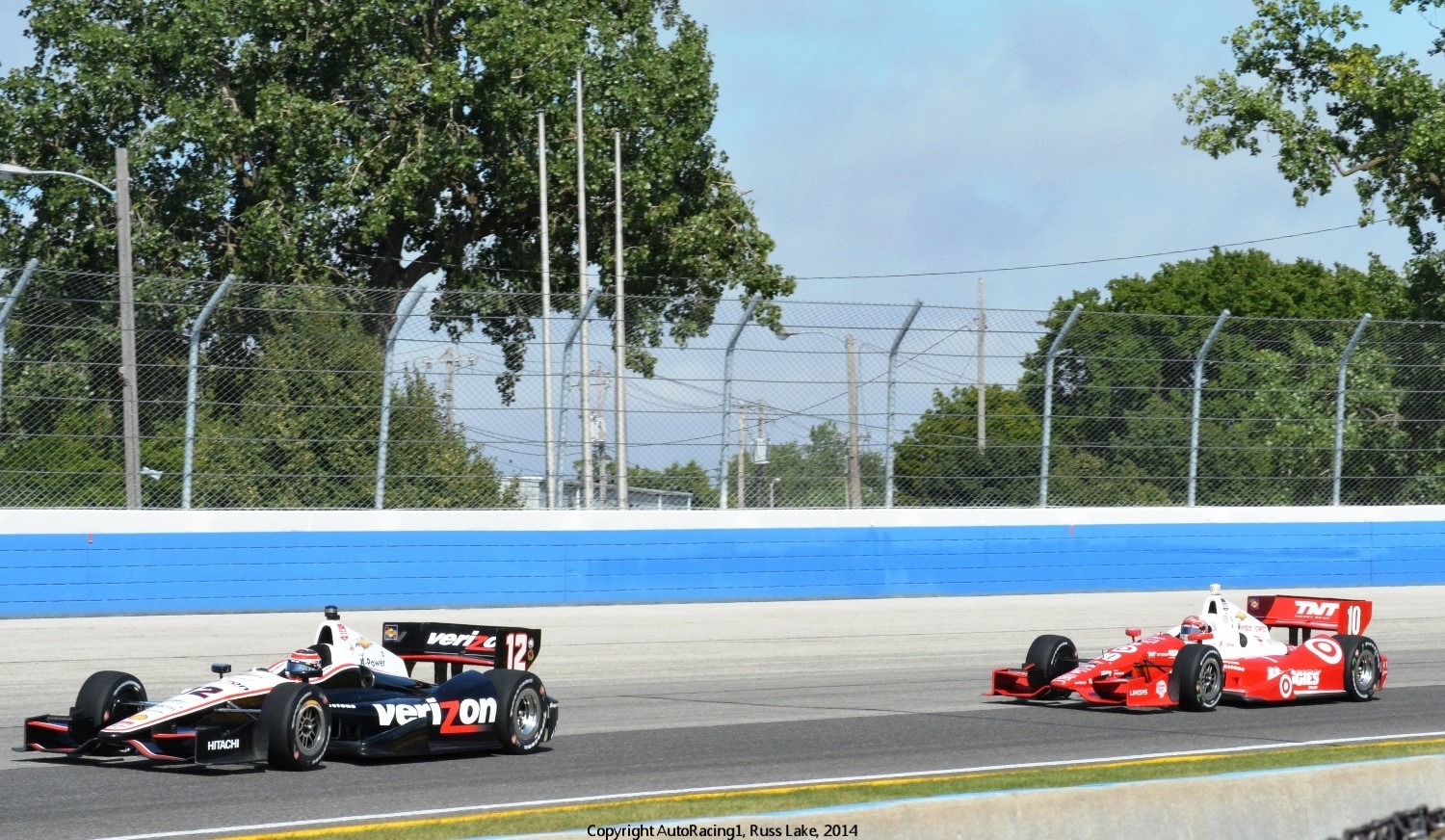 Will Power recalls his first impression of the Milwaukee Mile – "a road course with no right turns" – when he arrived for the June 2006 Champ Car race.

The relatively flat oval was as foreign as cheese curds to Power, who was schooled in road racing in his native Australia and England early in his career. He qualified a respectable fifth and finished 11th in the 197-lap race won by Sebastien Bourdais.

Power, the '06 Champ Car World Series Rookie of the Year, didn't compete on another oval until 2008, and said his oval race results were central to his championship hopes being dashed in 2010, '11 and '12 Verizon IndyCar Series seasons.

It is also why he resolved to become more proficient on ovals.

Power won the 2013 season finale at Auto Club Speedway – a grueling 500-miler that he called one of his most satisfying victories – and added three other top-10 finishes in five oval races.

On Aug. 17, a dominating victory in the ABC Supply Wisconsin 250 at Milwaukee IndyFest completed the cycle for the North Carolina resident. Power's 24th career win, which tied Bobby Rahal and Ralph DePalma for 16th on the all-time list, gave him one on a short oval, superspeedway and speedway (2011 Texas Motor Speedway in 114-lap race).

"In past years the ovals have kind of been my (downfall). Last year ovals were very strong for me, this year even stronger," Power said. "I have the whole package (now); it's just a matter of executing on weekends. There's no doubt in your mind you can do it. That gives me confidence.

"I've been in this situation before. The difference is that I don't have a weakness anymore. I felt 2007 was a year where I felt I was like at my absolute optimum (three wins, five poles). I can really say this year I feel as though now I am just a better all-around driver."

That bodes well for the driver of the No. 12 Verizon Team Penske car, who is the championship front-runner by 39 points over teammate Helio Castroneves with two races left. Power won at both venues in 2013.

Six drivers remain eligible for the title, with 150 base points (plus bonus points) available at the Sonoma Raceway road course on Aug. 24 and Auto Club Speedway 2-mile oval on Aug. 30.

"This is the first year I can say to myself that I'm a better driver. It's funny, you drive with very low emotion. Just kind of like a computer. That's how I seem to find myself a bit more these days. I guess it just comes with age."