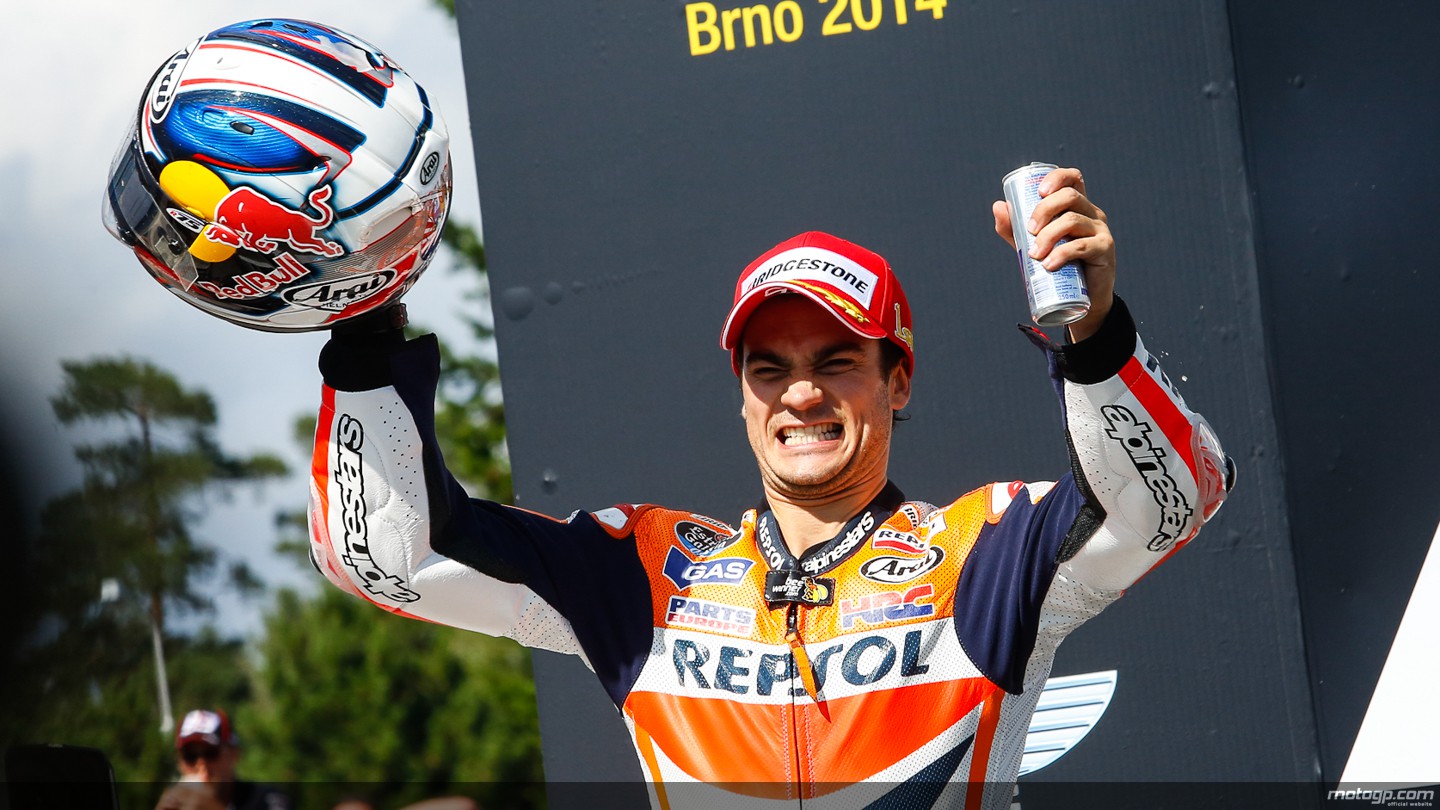 In the Brno MotoGP race Dani Pedrosa won for the first time since Malaysia last year as he ended the winning streak of Marc Marquez, with Jorge Lorenzo and Valentino Rossi second and third, whilst Marquez came home just off the podium.

From fifth on the grid Pedrosa returned to his best form to blast through the pack and eventually take victory by 0.410s from Lorenzo in front of more than 138,000 fans. For Lorenzo it was his third successive podium result and he also produced a great ride, having started in sixth on the grid.

Rossi got his seventh rostrum result of 2014 in his 245th premier class race as he equaled the all time appearance record in the top class, pulling level with Alex Barros on that front.

With Marquez finishing fourth it is the first time this year that he did not win the race and this is the first time he has finished a MotoGP™ race off the podium. Marquez is of course still in a commanding position in the standings with a 77 point lead.

Marquez lost out in a midrace battle for third with Rossi, having earlier had a close fight with Andrea Iannone (Pramac Racing) in the opening laps – with the two former Moto2™ rivals clashing on two occasions.

Iannone would later get the better of Andrea Dovizioso (Ducati Team) for fifth in the final stages.